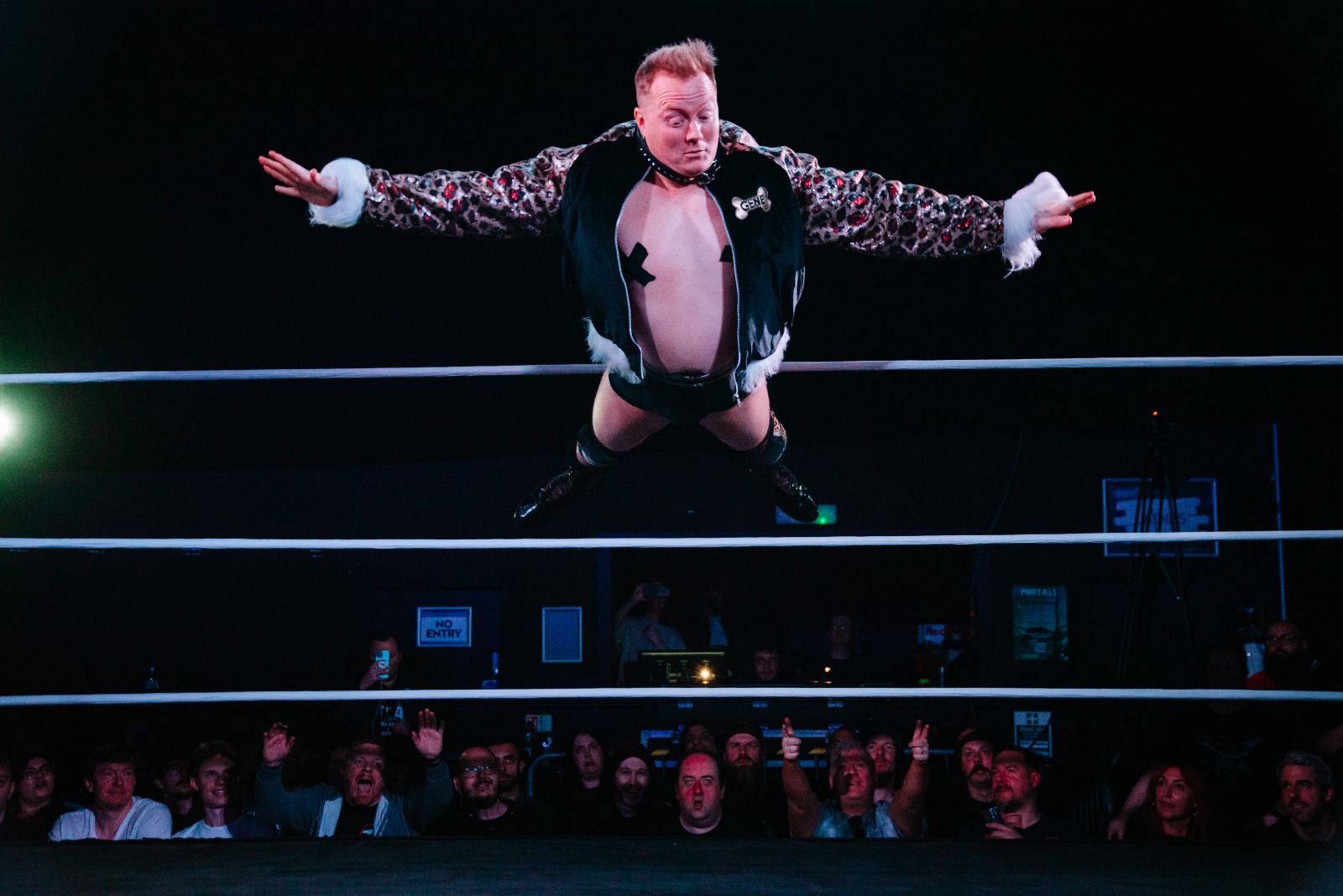 Munny, desperate to prove to all at PROGRESS that he deserves to dine at the top table, requested a match against PROGRESS Champion Jonathan Gresham, and was granted his wish at Chapter 132: Stop-Motion Skeleton Battle, which took place on Easter weekend.

Gresham, though, was ruled out with a concussion, and was unable to make the weekend, during which PROGRESS crowned a new Atlas champion in Luke Jacobs.

Munny still saw action, taking on Gresham acolyte Kid Lykos II, and despite the presence of Kid Lykos, Munny prevailed, continuing his winning run. He has now won seven of his last eight PROGRESS matches, the only defeat in that time coming in a title encounter with Cara Noir.

The Damned Dirty Dog will now get his chance to face Gresham at Chapter 133: No Mountain High Enough, which will take place on Sunday, 15th May, at the Electric Ballroom in Camden, London. PROGRESS management have sanctioned the match, and agreed to Munny’s stipulation that should he win, he will be granted a place in Super Strong Style 16.

Tickets for Chapter 134 and Super Strong Style 16 are available here.