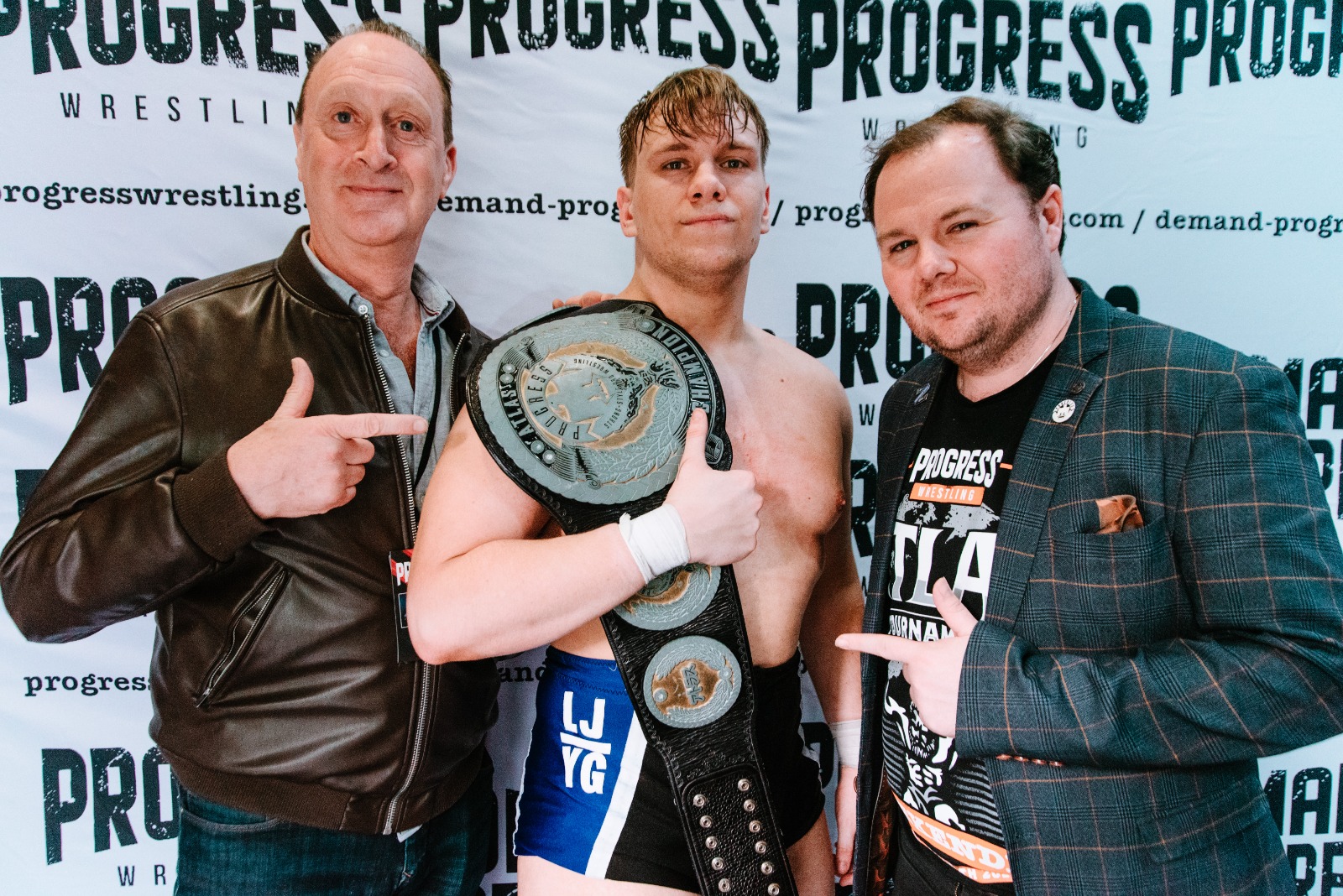 Jacobs overcame JONAH in a hard-hitting finale to a thrilling Atlas Tournament over the weekend, at The Dome in Tufnell Park, London, in which some of the world’s best big men battled it out over two gruelling days.

Jacobs beat the Beast of Belfast, Big Damo, on night one of the two-day tournament, and after overcoming the Northern Irishman, progressed into the semi-finals. A frustrated Damo showed his class and shook Luke’s hand in the ring, audibly telling him – and we slightly paraphrase here – “Make sure you go and win it.”

The words obviously hit the spot. On day two, Jacobs met fellow PROGRESS stalwart Warren Banks, who had overcome Axel Tischer in round one. Luke prevailed, giving him a final spot against JONAH, who had arrived in London off the back of a first-round win over Schaff, and then a semi-final victory over Rickey Shane Page.

In an exciting conclusion to the weekend, Jacobs’ hand was raised, and at the age of just 21, he became the youngest-ever Atlas Champion.

The title was previously held by WALTER, now known as Gunther on WWE Smackdown, who unified the Atlas and PROGRESS World Championships in 2019, before the Atlas title was officially deactivated. Last weekend saw the resurrection of the belt, and Jacobs’ win clearly meant everything to him.

“This ATLAS tournament victory is the biggest moment of my career so far,” he said. “It makes all the sacrifices I’ve made over the past few years totally worth it. Now I just can’t wait to find out who I will be facing in my first defence.”

That defence may come at PROGRESS’s next show, Chapter 133: No Mountain High Enough, which takes place at Electric Ballroom, Camden, London, on Sunday, 15th May. Stay tuned to PROGRESSwrestling.com and our social media channels for match announcements.