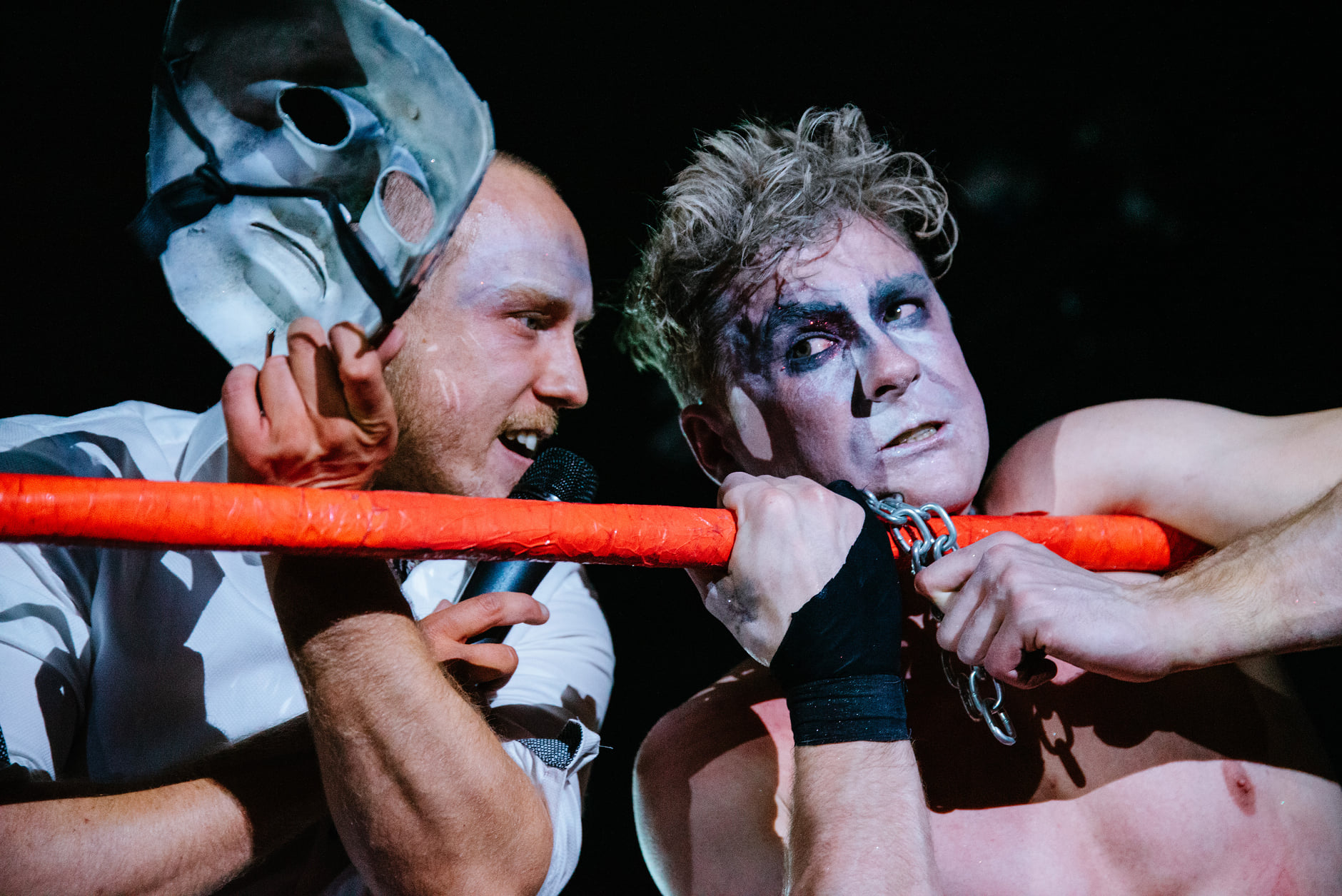 The match between these two diametrically-opposed individuals is among the most eagerly-anticipated in PROGRESS history, and will take place at Chapter 134: No Mountain High Enough, on Sunday, 15th May, at the Electric Ballroom in Camden, London.

Behold the story so far and get your tickets from our dedicated event ticketing page to be there in person for the next chapter.

Former PROGRESS Wrestling World Champion Cara Noir made 17 successful defences in just over two years as the company’s flag-bearer through a period in which audiences were mostly absent due to wider world events. After the seventh of these defences, he was confronted in the backstage area by Spike Trivet, who told the Black Swan that he wanted a title shot.

Trivet never got one. It can be debated at length whether that is because he was overlooked, or whether a title opportunity was not deserved. Either way, his being shunned clearly affected Trivet, whose resentment festered and grew over the ensuing months.

The tipping point came at Chapter 130. Noir was in the midst of a gruelling encounter with Jonathan Gresham when Trivet interjected, smashing Cara with a chair, and costing him the PROGRESS World Championship.

This was just the start of the brutality.  Later that week, at the 10th Anniversary Show, Trivet inflicted a post-match beating on Noir involving multiple chair shots to a chained-up Cara. Adding psychological trauma to the physical scars already inficted, Spike stole Cara’s treasured mirror mask, causing Noir to lose literal face on top of figurative.

Bruised and crestfallen, Noir was nowhere to be found as Trivet brandished the mask as a trophy when addressing the crowd at Chapter 132, in a foul-mouthed tirade, aimed at belittling his nemesis and the fans that adore Cara.

The following day, Trivet was in action against Danny Black, and Noir finally returned. This is the part where you expect to learn that Cara exacted revenge on Trivet by attacking him in a rage, but Noir’s riposte came from his own psychological playbook.

Noir did not attack Trivet. Instead, he appeared at ringside, and sauntered to the stage, taking a seat, but refusing to acknowledge Spike. Enraged, Trivet lost not only his cool, but the match. After the bell, Spike destroyed Cara’s mask, finally prompting Noir into extreme physical action, which was halted only by venue security.

Afterwards, a visibly hurt Trivet was in typically defiant mood.

He said: “I may have lost this match, but what I got was Cara Noir to lose his cool. He wanted his revenge, and he is not ignoring me anymore. I’ve already won.”

Noir may have lost his cool, as well as losing his championship and his mask. But he has retained his dignity. Meanwhile, Trivet has not lost the respect of the PROGRESS fans – because he never had it in the first place.

When the two men finally meet in the ring at Chapter 134, no-one is going to stand in their way.