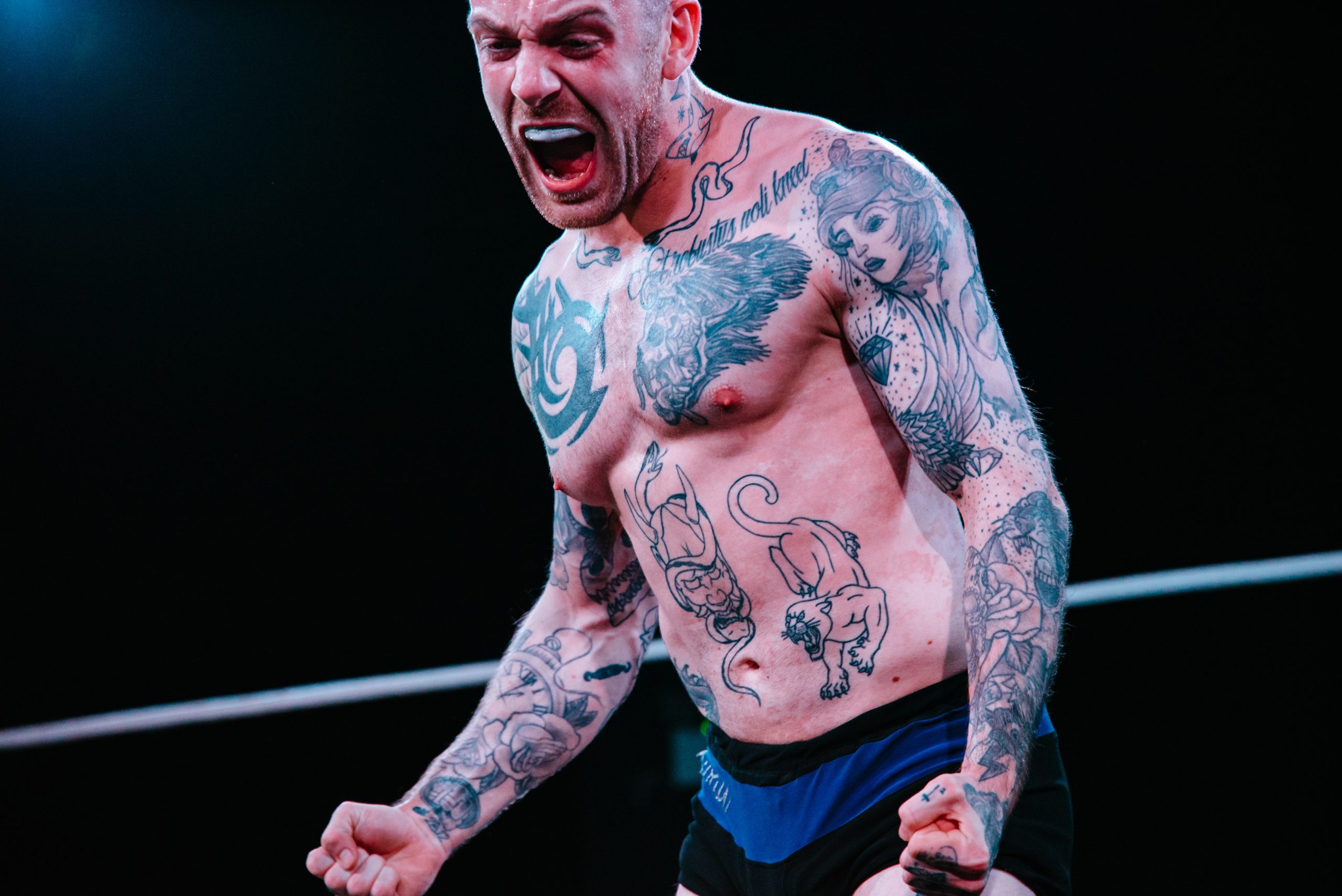 Prior to that, at Chapter 127: And the Word was PROGRESS, Rhio won the final of the Revelations of Divine Love tournament.

Another tournament is on the horizon: Super Strong Style 16, which takes place over the weekend of 3rd-5th June, at the Electric Ballroom in Camden, London – and Chris Ridgeway will be looking to make it a clean sweep for North West Strong.

At Chapter 127, minutes after his stablemate Rhio got her hand raised, Ridgeway was taking on Cara Noir in an epic duel for the PROGRESS championship, but came up just short. This had followed an Ironman match draw between the same two wrestlers at Chapter 121.

Ridgeway has gained universal respect for his performances in PROGRESS, racking up 50 matches in the company, but is yet to claim PROGRESS gold. At Chapter 132 last month, he was due to face PROGRESS Wrestling World Champion Jonathan Gresham in a match that was ultimately cancelled as a result of Gresham’s injury. This last minute change saw Ridgeway reflect on his need to prove he deserved the championship in addition to actually winning the belt.

When Super Strong Style 16 last took place, in 2019, Ridgeway lost in the first round to Kyle O’Reilly, and is a former National Progression Series finalist. The hard-hitting Liverpudlian is well-travelled, and known for his pure wrestling style.

Can Ridgeway finally have his day, and do it North West Strong style?

You can be there for the return of Super Strong Style 16 between 3-5th June 2022. Tickets are available now for individual nights or a group ticket for all three events. You can purchase your ticket from our online ticket store.