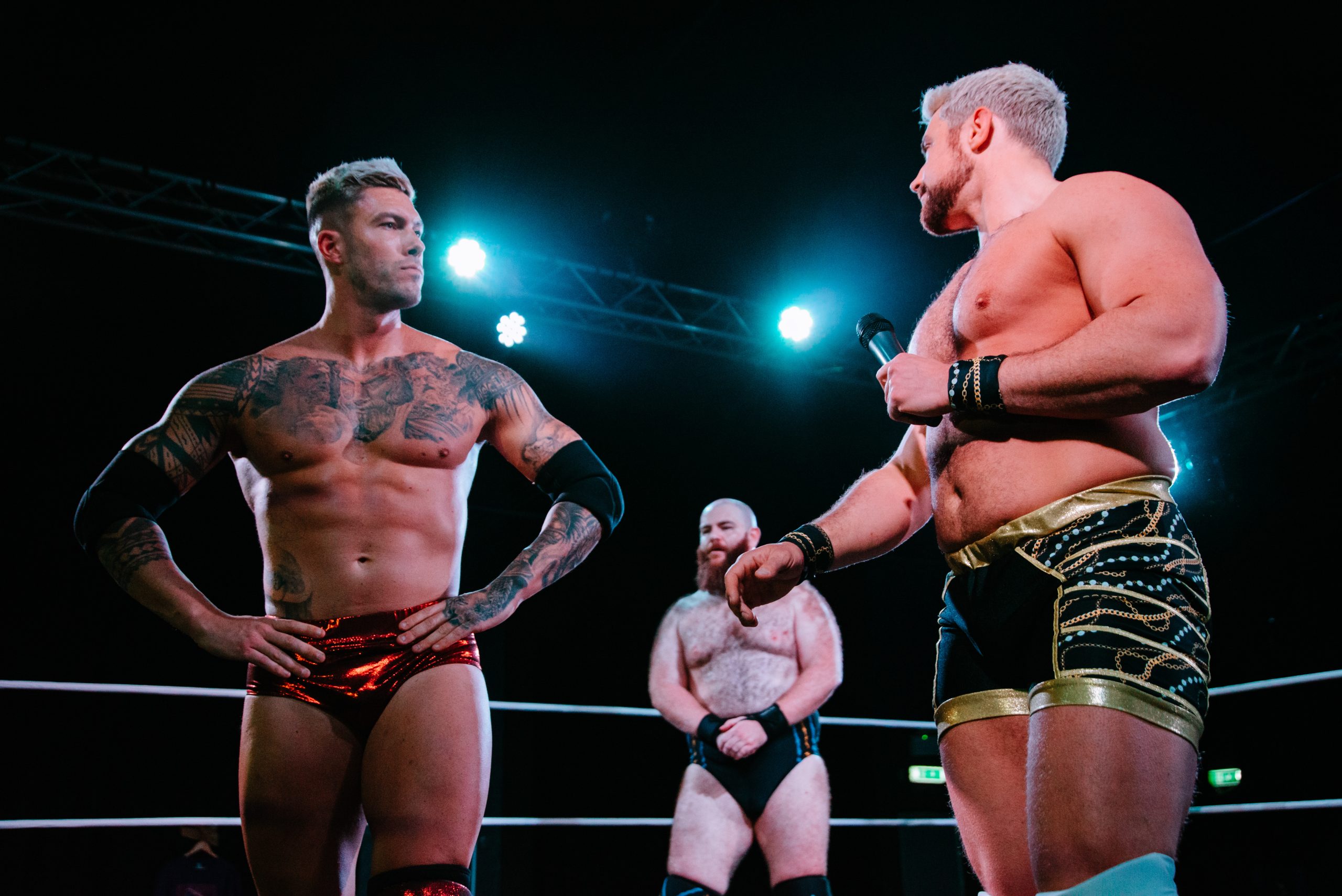 Amongst the ballyhoo and fanfare of Chapter 133’s Atlas Tournament, it should not be ignored that a potentially potent alliance was formed.

Let us take you back to the previous night, at Chapter 132. Joe Hendry was the first man eliminated in a triple threat elimination match involving Will Kroos and Rickey Shane Page. Perhaps perturbed about being embarrassed on his PROGRESS debut, the Scot took it out on Will Kroos, making a sneak attack during the show’s interval.

Among those trying to restore order to proceedings was Axel Tischer. It was  this intervention that drew the ire of Hendry, who yelled down from the staging area to Tischer that ‘this isn’t over’.

The following day, Tischer and his old running buddy Big Damo joined forces once more, to face Hendry, who now required a partner. Who should answer his call, but Adam ‘Flex’ Maxted?

It seems the two kindred spirits, hailing from the capitals of Northern Ireland and Scotland, believe they have hit upon a capital idea, and intend to team together more often.

“We’re on the same wavelength,” said Hendry. “We’re sharing a brain, it’s crazy. You take a couple of guys like us – when people go on the apps, what do they do? They swipe right. Every single time.

“When we come to PROGRESS and we look at the fans, we see nothing but a bunch of lefties. These fans are disgusting.

“That kind of has a ring to it…Swipe Right. I like it…”

It seems a new tag team has been born, and they are known as Swipe Right.

Maxted and Hendry – It’s a Match!