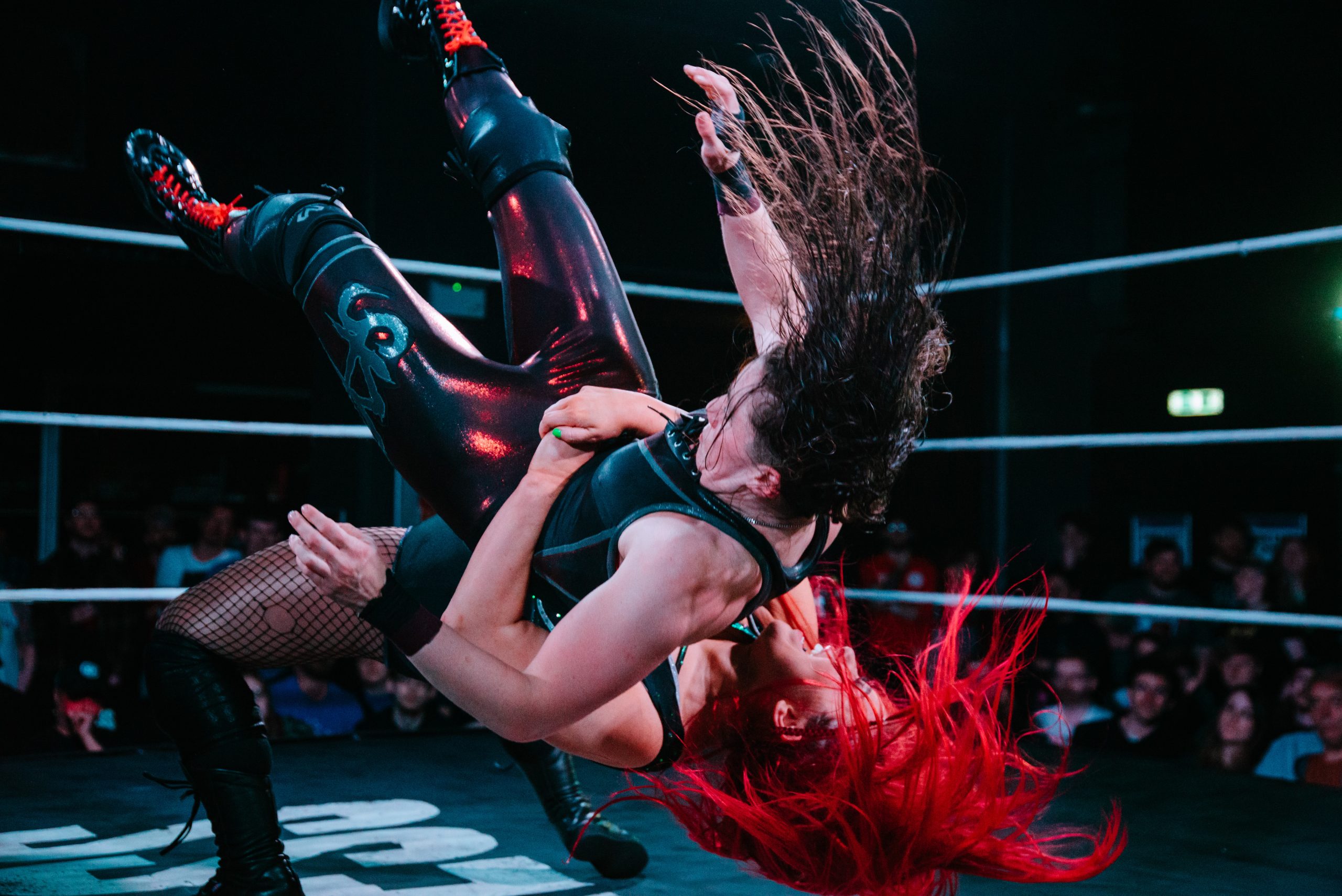 Moments after Alexxis Falcon and Skye Smitson’s bout at Chapter 132: By the Beard of Zeus had ended in chaos, Alexxis was asked if the score had been settled. She put her cards firmly on the table.

“I have not even started to show Skye Smitson what I am capable of,” she said. “Skye Smitson does not know the lengths that Alexxis Falcon will go to to get my revenge. I showed a glimpse of that tonight; a glimpse of what will happen if you keep pushing and prodding at me.”

If what happened at Chapter 132 was merely a glimpse, getting a full, eyes-wide-open look at what comes next could be scary.

The match at Chapter 132 ended, technically, in a draw. The two women essentially ignored the pleas of the referee to contain the match inside the ring, and continued to brawl around the arena. It could be argued that Alexxis won the battle, if not the war, by slamming Smitson into a merchandise table nearby.

PROGRESS management have reacted to the two women going rogue by essentially giving them what they seem to want – a tables match.

The rematch is set for Chapter 134: No Mountain High Enough on Sunday, 15th May at the Electric Ballroom in Camden, North London.

Alexxis is unlikely to have things all her own way, though. Smitson, the Villainess, is not particularly known for her diplomacy. She will not have taken kindly to her ignominious conclusion to Chapter 134. Falcon – and the Ballroom’s furniture – better watch out.

Tickets are available now for Chapter 134. The show is also set to include the epic showdown between Cara Noir and Spike Trivet, Gene Munny v PROGRESS Champion Jonathan Gresham, and more.

Buy your tickets at our online ticket store now.