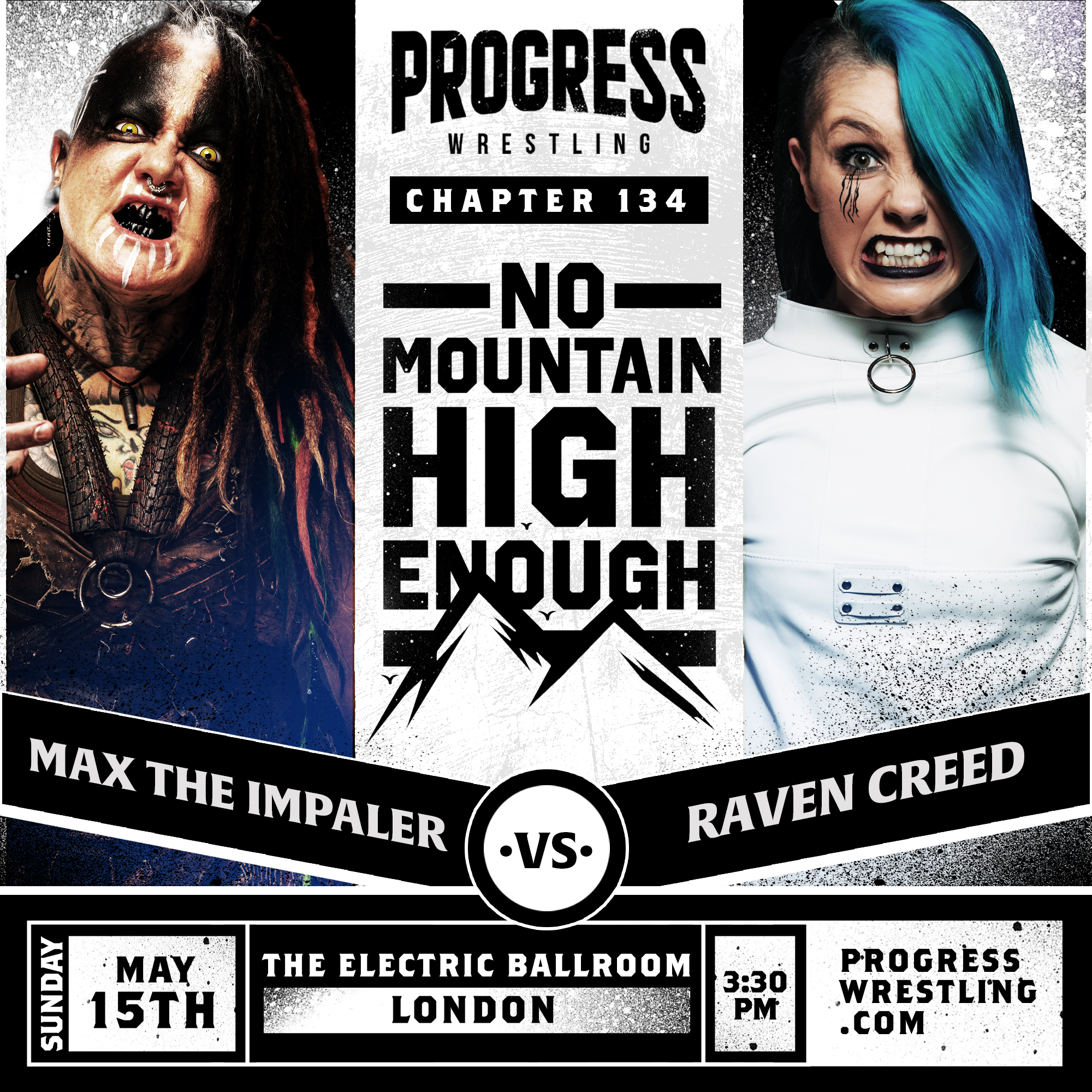 Life is a bait-and-switch to Lana Austin.

At Chapter 133: Stop Motion Skeleton Battle, Austin was set to face the dangerous Raven Creed, but instead pulled out citing an injury, instead unleashing Nightshade on Creed, who still prevailed.

From Cork in Ireland, Raven Creed is desperate to get her hands on the mouthy Austin, and for a short time this weekend, she thought she was about to.

As is typical with Lana, this saga played out in full view, on social media. Austin took to Twitter,, seemingly challenging Creed to a match at Chapter 134: No Mountain High Enough, which takes place at the Electric Ballroom in Camden, North London, on Sunday, 15th May.

Ok, ok!! Everyone saying Lana Austin is scared of that loser @RavenCreed_ 🥱 Boring! To prove I’m not scared I will put a challenge out there for a match on may the 15th at @ThisIs_Progress 😈 Don’t be scared Raven 💅😝

Lana, though, ever the agitator, had chosen her words carefully.

Raven, naturally, responded quickly in the affirmative, accepting the match, clearly pleased to finally be able to get Austin in the ring, one-on-one. However, Creed was out of luck.

Challenge accepted, nothing will make me happier than giving you another concussion and sending you to Hell 🖤 https://t.co/c8udlXI7HA

It was a classic Lana trap. She had challenged Raven Creed to a match, for sure, but the semantics were all in the wording. Lana had not specified who the match would be against.

Haha @RavenCreed_ accepted the match, what’s funny is I didn’t say the match was against the superstar Lana Austin 💅 I’ve decided the @ThisIs_Progress fans don’t deserve to see me wrestle 😝 Sooooo… I hope you’re all ready for a nightmare ☢️😈

Once again taking to social media, the endgame of Austin’s plot became clearer. She announced that the match would not in fact be against her. Before long, it was confirmed via official PROGRESS Wrestling channels that the match will be Raven Creed…against Max the Impaler!

When @RavenCreed_ accepted @Lana_Austin1’s #Chapter134 challenge she will NOT have been prepared for this.

The devious Lana led Creed into a match on Sun May 15th with the deadly Max The Impaler!

How will she survive the Non-Binary Nightmare?

The name says it all: ‘Impaler’. Nearly 6ft tall and known as The Warlord of the Wasteland, Max is an extremely imposing figure. The fact that they are willing to come from Dayton, Ohio and do Lana’s bidding should  troubling the Irish competitor, but Creed, who has never seemingly shown fear in the face of an opponent,  has stood her ground and will take on the challenge of Max and Lana at Chapter 134.

Tickets are available now for Chapter 134 from the Progress Wrestling ticket store. The show is also set to include the epic showdown between Cara Noir and Spike Trivet, Gene Munny v PROGRESS Champion Jonathan Gresham, and more.