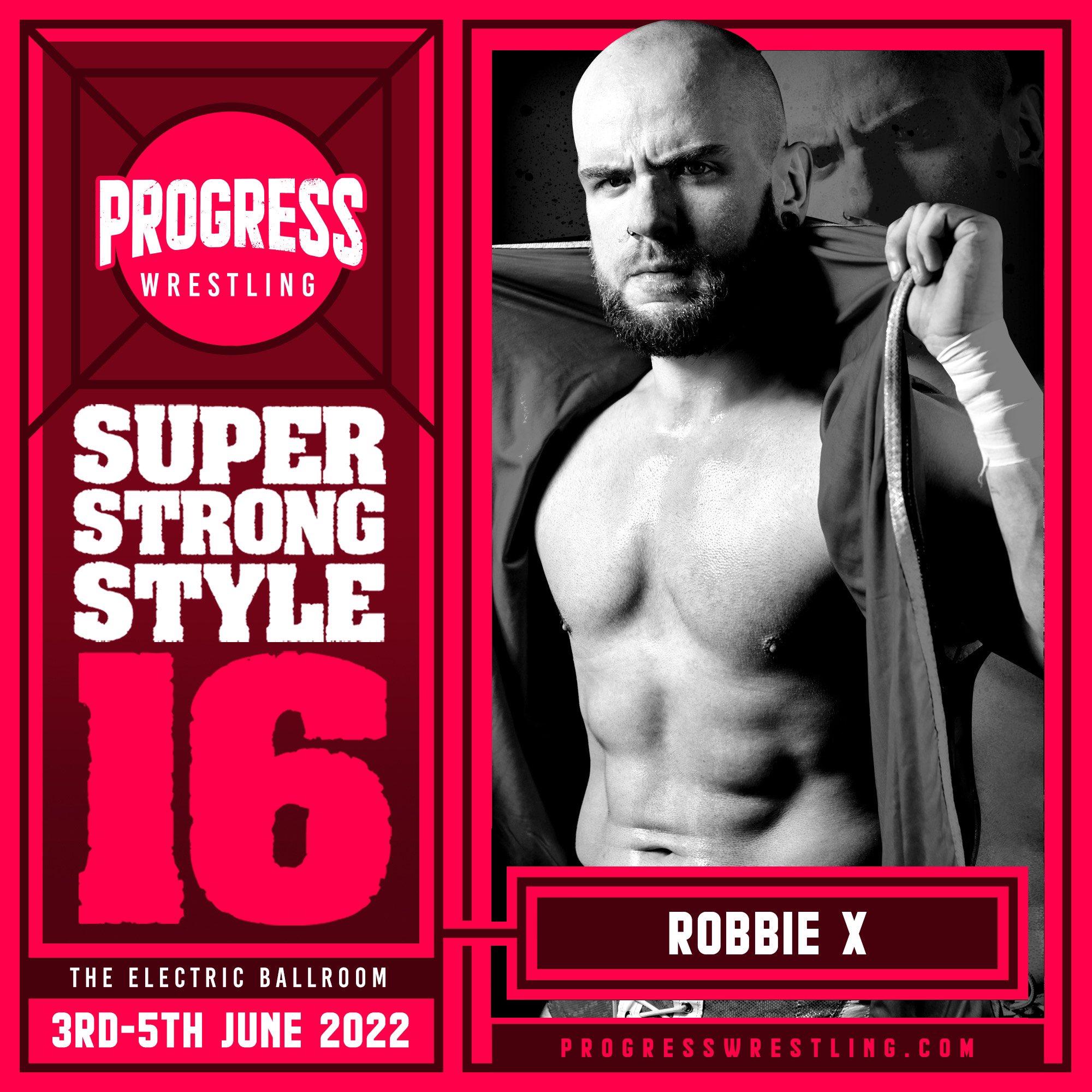 Warning: Spoilers below for certain matches at Chapter 134.

Do not read on if you are wanting to avoid results from the show.

At today’s Chapter 134 at the Electric Ballroom in London, a total of FOUR new entrants for the upcoming Super Strong Style 16 tournament that takes place on the 3rd, 4th and 5th June.

The most revered new entrant amongst the PROGRESS fanbase will surely be Gene Munny finally fulfilling his dream of entry into independent wrestling’s biggest annual tournament.

He’s only gone and done it! #Gene4SSS16 finally goes from hashtag to reality as Gene Munny has earned his place in #SSS16.

All PROGRESS fans will want to be in attendance for this. Be there, 3rd/4th/5th June.

Munny, undefeated in 2022 up to today, was given the herculean task of defeating PROGRESS World Champion Jonathan Gresham in order to rubber-stamp his qualification. Against all the odds, win he did and that means he will finally take his place in a tournament he has long campaigned to be a part of. You can read full details of the circumstances of his win, and other wide-reaching consequences of that match right here.

Another man who confirmed his SSS16 participation mid-ring was Germany’s Maggot, one of the most highly regarded breakthrough wrestlers in Europe. Qualification came after he defeated three other stars of WXW in a four-way qualification match. Axel Tischer, Jurn Simmons and Bobby Gunns provided huge competition but in the end, Maggot was victorious on his PROGRESS debut and will be back at The Electric Ballroom on June 3rd to take his place in the first round of the three day tournament.

After winning a hard-fought battle against 3 of @wXwGermany’s finest at #Chapter134, one of Europe’s most exciting talents, the Son of Nothing, MAGGOT qualifies for #SSS16 🤟🏻

Two other men also confirmed on the night were British stand-out Robbie X and Mexican sensation Aramis. The high-flying Robbie X is considered by many as the most unsung talent in Britain and news of his inclusion was met with huge excitement by fans at the event and on social media.

We asked who you’d like to see in #SSS16

As announced by PROGRESS host Simon Miller during the show’s interval, Luchador Aramis will be another man making his PROGRESS debut in Super Strong Style 16. One of the hottest names on the Mexican scene is poised to make his international breakthrough in 2022 and his presence in Super Strong Style 16 will bring a completely different flavour to the other entrants as he looks to wow PROGRESS fans with his in-ring skills and modern Mexican style.

As announced live a few moments ago at #Chapter134…

🇲🇽 The next entry into #SSS16 is the high flying luchador, Aramis! 🔥

The field for the tournament to take place on the 3rd, 4th and 5th of June is now almost complete with the final names to be confirmed in coming days. Fans across the world will be coming to London over Bank Holiday Jubilee weekend to take in the most prestigious event in the PROGRESS Wrestling calendar.

Tickets are going fast. You can purchase your individual event tickets or a three-night, full tournament ticket now from our ticket page.