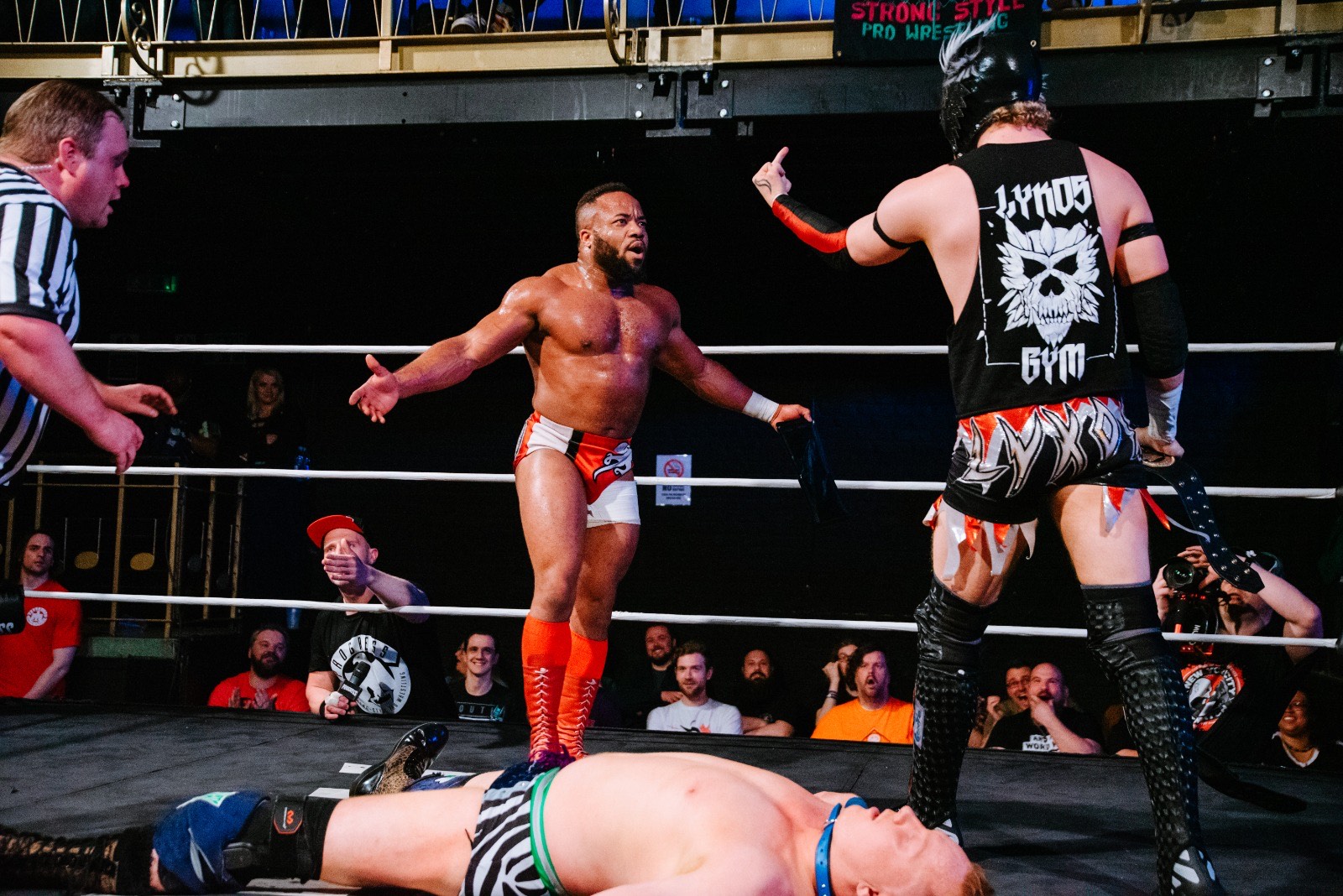 If you’re cool with that, read on.

If not, you could always check out our upcoming events page instead.

This surprising turn of events came as a result of the main event match between PROGRESS World Champion Jonathan Gresham and fan favourite, Gene Munny.

The stipulation of the match would see Munny qualify for June’s Super Strong Style 16 tournament if he were to defeat Gresham, with both men having not suffered a loss in PROGRESS in 2022.

Before the match, Gresham’s long-time allies, Lykos Gym, attacked Munny, leading to management inserting a stipulation that if Gresham was disqualified he would be stripped of the PROGRESS Championship.

Shockingly, not only did the Lykos pair attack Munny again later in the match, leading to the disqualification, they also did it in deliberate view of the referee, ensuring that Gresham was to lose the title he won from Cara Noir in March.

When you open the Twitter app it says “What’s happening?”

You know what, @twitter…we’re not sure. It’s absolute chaos here at the Ballroom.

In short…it looks as though Jonathan Gresham is NO LONGER champion. Management will have to address this title issue. #Chapter134 pic.twitter.com/9lwIzUi7xV

After Lykos revealed their deception was long in the planning, Munny demanded a match with one of the Wolves, not being satisfied with a place in the tournament unless he got a clean pinfall victory. Just minutes later, he got it, pinning Kid Lykos One’s shoulders for the 1-2-3.

Whilst this unexpected ending sees PROGRESS with a vacant world championship for only the third time in the title’s ten-year history, it also sees Gene Munny finally fulfil his long-stated ambition of being entered into Super Strong Style 16, which takes place in London over three nights, 3rd-5th June.

He’s only gone and done it! #Gene4SSS16 finally goes from hashtag to reality as Gene Munny has earned his place in #SSS16.

All PROGRESS fans will want to be in attendance for this. Be there, 3rd/4th/5th June.

Whilst fans will rejoice at Munny being part of said tournament, they will be keen to hear from PROGRESS management in the coming days what this means for the immediate future of the championship.

Tickets for Super Strong Style 16 and other future PROGRESS events can be purchased now from www.progresswrestling.com/tickets