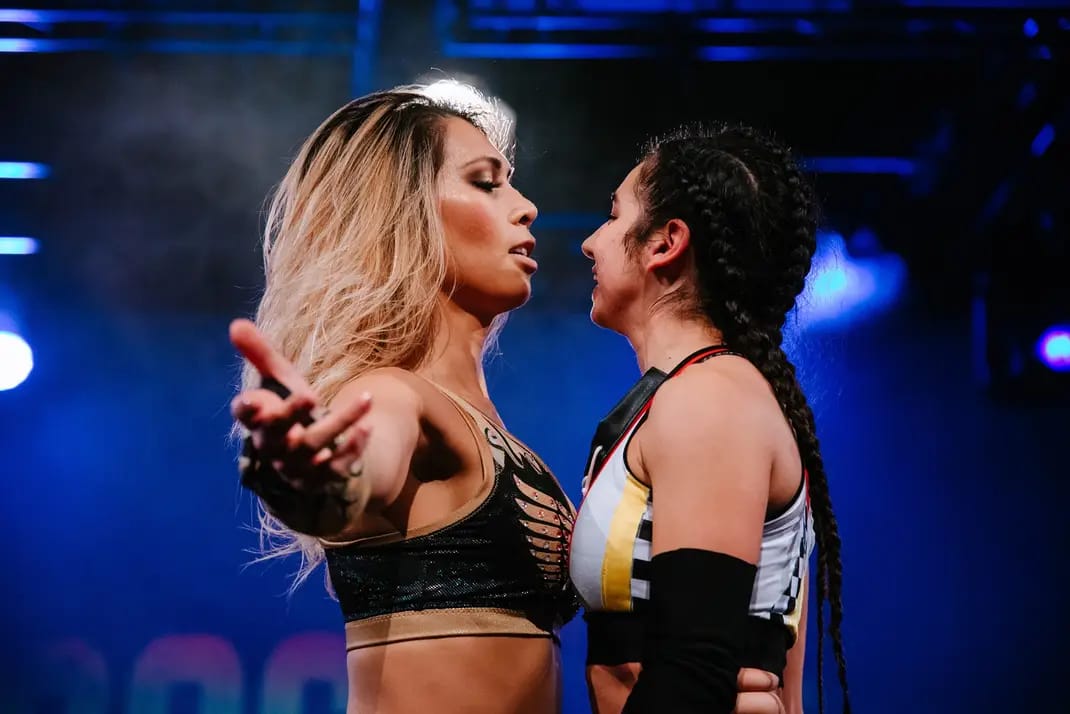 Gisele Shaw vs. Kanji: A Rivalry Defined By Excellence Set To Write Its Latest Chapter

The pair have a storied history in PROGRESS Wrestling, with Kanji holding a very strong win/loss ratio against Shaw.

However, they have not met since July 2021, and their fortunes over that period have been in stark contrast.

Calling herself The Quintessential Diva, Shaw won the title in controversial circumstances, but has faced eight different opponents since becoming the champion and has beaten them all, growing in confidence each time. She is most definitely in the prime of her career.

Kanji has wrestled 11 matches as an individual in PROGRESS, winning nine. The first, and the most recent, were Thunderbastard matches, which she won. These victories entitled her to title shots against the Women’s Champion of the time.

In April 2021, champion Jinny was forced to relinquish the title, and it was her decree that the next champion would be decided from a best of three series between Gisele Shaw and Kanji.

The trilogy took place at Chapters 109, 110 and 111, with Kanji emerging victorious 2-1, and becoming champion. She successfully defended the strap three times, including in a triple threat in which Shaw was involved, but then was cruelly forced to vacate the title herself because of a serious arm injury.

Shaw capitalised, winning a three-way elimination match for the vacant strap, but the manner of the win has stuck in the craw of many a PROGRESS fan. Gisele demanded that Kanji hand her the belt, but disrespectfully insulted the outgoing champion.

This was in August 2021. To Kanji, it probably still feels like yesterday.

Kanji returned to action at Chapter 129, following a seven-month hiatus, to amazingly win a second Thunderbastard match, and once again become the number one contender.

At Chapter 134, on 15th May, Kanji appeared, microphone in hand, and addressed the absent Gisele in a confident, passionate speech.

“I started a legacy in this company,” she said. “Fate hasn’t really given me the chance to continue that legacy. But don’t mistake my absence for loss of courage or spirit. Never once have I ever doubted my name.

It was then that Kanji told the gathered crowd in the Electric Ballroom, who were loudly chanting ‘Kanji’s our champion’, that SSS16 was to be the place where she and Shaw would meet once more.

“I ain’t got nothing else to lose,” an emotional Kanji said. “PROGRESS, I am yours. I am here to stay, I am here to fight, and I am here to bring that title back home.

“Gisele Shaw can call herself The Dragon, but my name is Kanji, and I am the Dragonslayer.”

Gisele Shaw vs. Kanji for the PROGRESS Women’s Championship will take place on night xx of Super Strong Style 16 on Sunday 5th June 2022. Tickets for the entire weekend are available now from PROGRESSWrestling.com/tickets.

Gisele Shaw vs. Kanji: A Rivalry Defined By Excellence Set To Write Its Latest Chapter