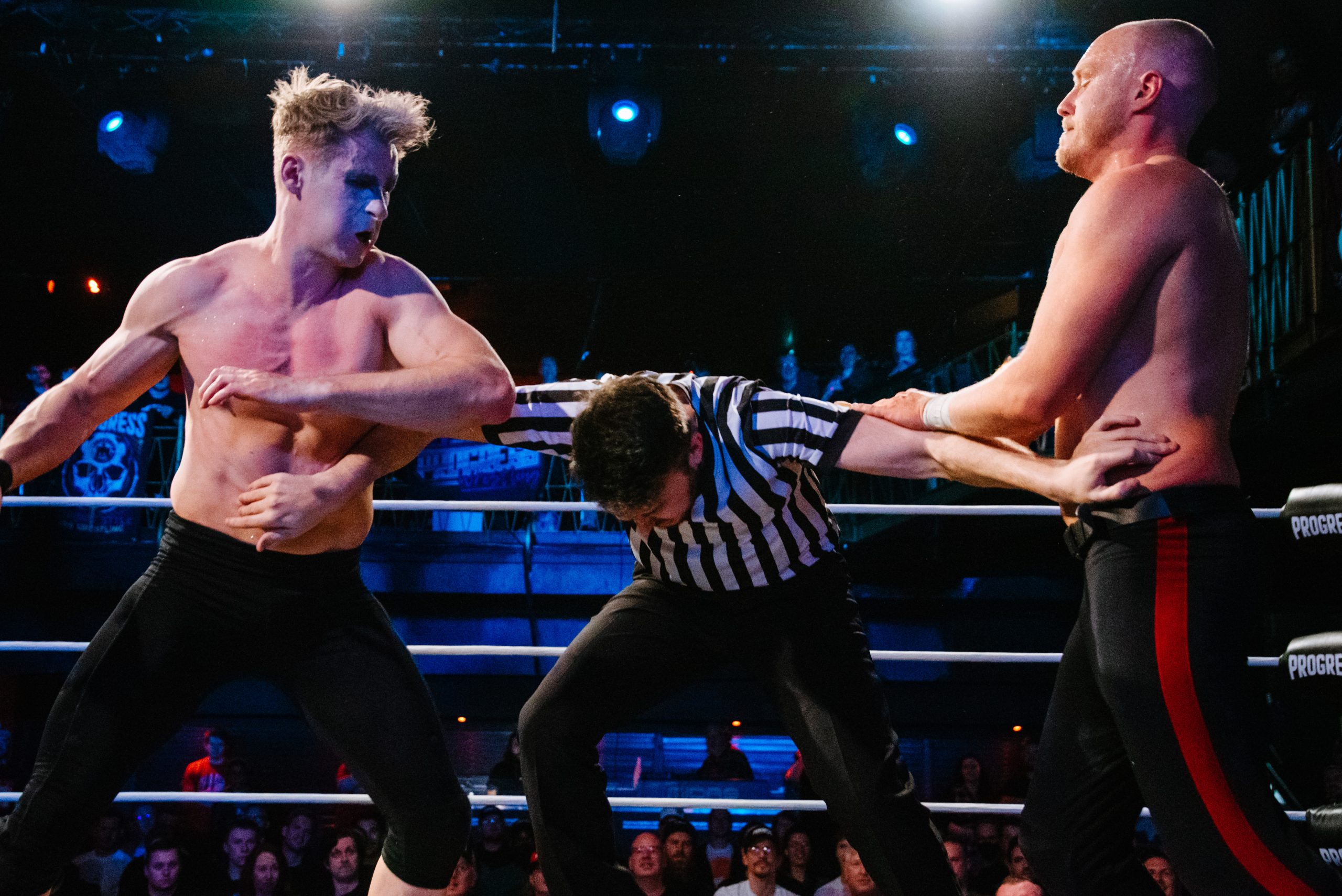 On Saturday June 4th, fans may be set to hear Cara Noir’s very first two words in a PROGRESS Wrestling ring knowing that if they do, they will also be his last.

As one of the most personal issues in PROGRESS Wrestling history appears to come to a head, Cara Noir and Spike Trivet will meet at Super Strong Style 16 weekend in what will be the last match in the company for one of them.

They will meet in an I Quit match, and the man forced by his opponent to utter those two simple words will leave the company.

PROGRESS management have somewhat reluctantly agreed to the stipulation, which was introduced by Trivet and accepted by Noir following an intense and physical encounter at Chapter 134: No Mountain High Enough on Sunday, 15th May.

The pair were finally scheduled to meet in a wrestling match that in hindsight, seems a gross misnomer. These two were never going to be able to contain their hatred within the normal boundaries of a match.

To begin with, Noir entered through the crowd behind Trivet, forgoing his usual flamboyant entrance. However, the Black Swan did not opt for a sneak attack, instead confronting his nemesis in the next move of what has come to resemble a human chess match.

Soon, though, the violence broke out. After a deeply physical encounter in the ring, both men were disqualified for taking out their frustrations on PROGRESS referees. This did not halt the action, as an all-out brawl spread across the arena, with fans fleeing and furniture spilling everywhere.

Members of venue staff were assaulted, including a disgusting bite by Trivet on a security guard which drew blood. Other wrestlers, referees and announcers tried in vain to separate the two men, and many were taken out with a spectacular swan dive by Noir over the turnbuckle to the floor.

Eventually, some sort of order was restored, with Spike corralled to the stage and Cara remaining in the ring. Noir’s partner, tended to her fallen man, and even she was not safe from Trivet’s verbal bile.

After dishing out more insults, Spike made his challenge, which Cara appeared to accept with a nod. Subsequent discussion among management has resulted in the match being ratified, as well as disciplinary proceedings being started against both men for their transgressions.

There has never been an I Quit match in PROGRESS Wrestling. The concept is simple: both men wrestle, and the match will not finish with a pinfall or submission; there is no count-out and nothing can get you disqualified. The match ends when one of the combatants says the words: ‘I quit’.

It is a match so much more personal than any other. Submissions in wrestling are common, where one wrestler quietly tells a referee that they submit or taps their hand on the canvas. However, to accept defeat publicly, into a microphone, in front of your most hated rival and before the rapt audience is the ultimate loss of face.

Factor in the fact that uttering those words will spell the end of your PROGRESS career and the stakes escalate exponentially.

We have never heard from Cara Noir in PROGRESS. The man who held the world title for longer than anyone else in company history has always allowed his wrestling to do the talking. If we do hear from him, his first two audible words will be his last.

But if Cara can force Spike Trivet into saying those words, he will be rid of a man who has cost him his title and plagued him for months. Maybe it is the only way the vendetta will stop.

Cara Noir vs. Spike Trivet will take place on Super Strong Style 16 Night Two on Saturday 4th June 2022. Tickets for that night and the entire #SSS16 weekend are available from PROGRESSWrestling.com/tickets.