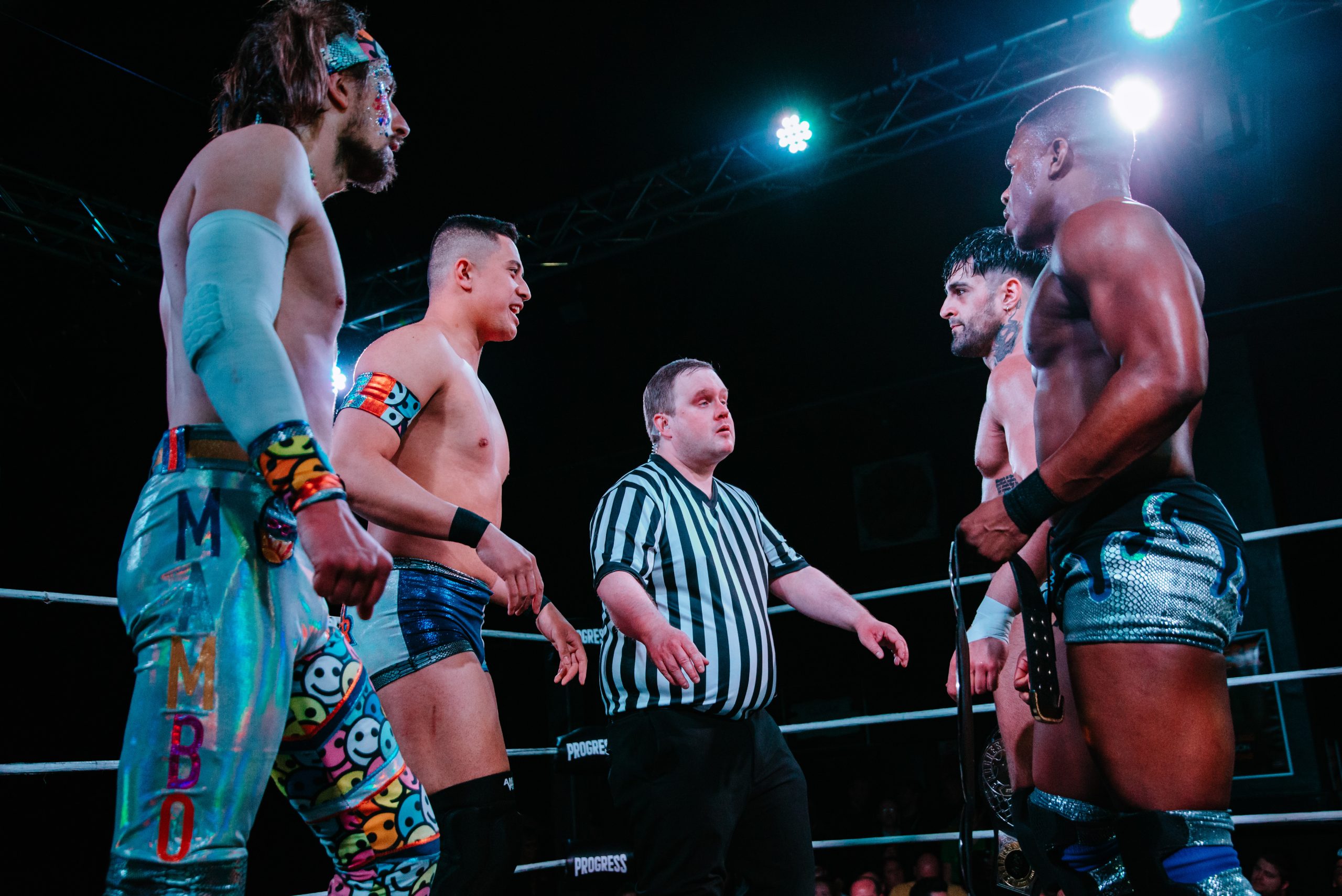 The battle for the PROGRESS Tag Team Championships is about to take its logical next step.

On Saturday 3rd June, on Day Two of Super Strong Style 16 weekend, three teams will attempt to climb to the highest point of the PROGRESS pairs division. Current champions The 0121 (Dan Moloney and Man Like Dereiss) will defend in a triple threat ladder match against The Smokin’ Aces (Nick Riley and Charlie Sterling) and Sunshine Machine (Chuck Mambo and TK Cooper).

The Aces and The Machine met at Chapter 134: No Mountain High Enough, in a match to determine the number one contenders, but little was resolved. After some breath-taking action, the referee counted a fall, but both Riley and Cooper’s shoulders were down, resulting in a double pin. Neither team were happy with the outcome, and on request were granted a five-minute extension to the match, but after that time, a winner still could not be found.

Cue the champs. The 0121 sauntered to the ring, armed with a solution. The challenge was set: all three teams would battle for the belts in a ladder match. All six men looked content with this situation, which has since been ratified by PROGRESS management.

The titles have been defended in a ladder match once before. One of only two ladder matches in PROGRESS history, the opening match of Chapter 55: Chase the Sun saw champions British Strong Style (Tyler Bate and Trent Seven) defend against Chris Brookes and Kid Lykos, with all four men tasting the brutal steel at some stage.

As the belts dangled from the ceiling of the famous Alexandra Palace in North London, Brookes and Lykos prevailed to start their second of three reigns with the title.

Kid Lykos, now with Kid Lykos II as Lykos Gym, regained the championships in June 2021, but lost to The Smokin’ Aces at Chapter 121 in September. The Aces reigned for nearly 200 days before they took on a challenge too far.

At PROGRESS’s 10th Anniversary show, on 25th March, The Aces attempted to run the gauntlet through four sets of challengers. After seeing off North West Strong and Lykos Gym, they finally succumbed to Sunshine Machine, only for Mambo and TK to lose in the gauntlet finale to The 0121.

This has become a three-time rivalry built not on conflict or hatred, but on professional pride. There is clearly a healthy amount of respect between the six wrestlers, but each duo is desperate to outdo the others, and prove they are the best tag team in the country.

If there was ever a way of resolving the issue, it is by ascending the ladder, and retrieving the ultimate symbols of being the best: championship gold.

The tag team triple ladder match is just one of several huge matches scheduled for SSS16 weekend, as well as the tournament itself. Tickets are available now from PROGRESSWrestling.com/tickets.