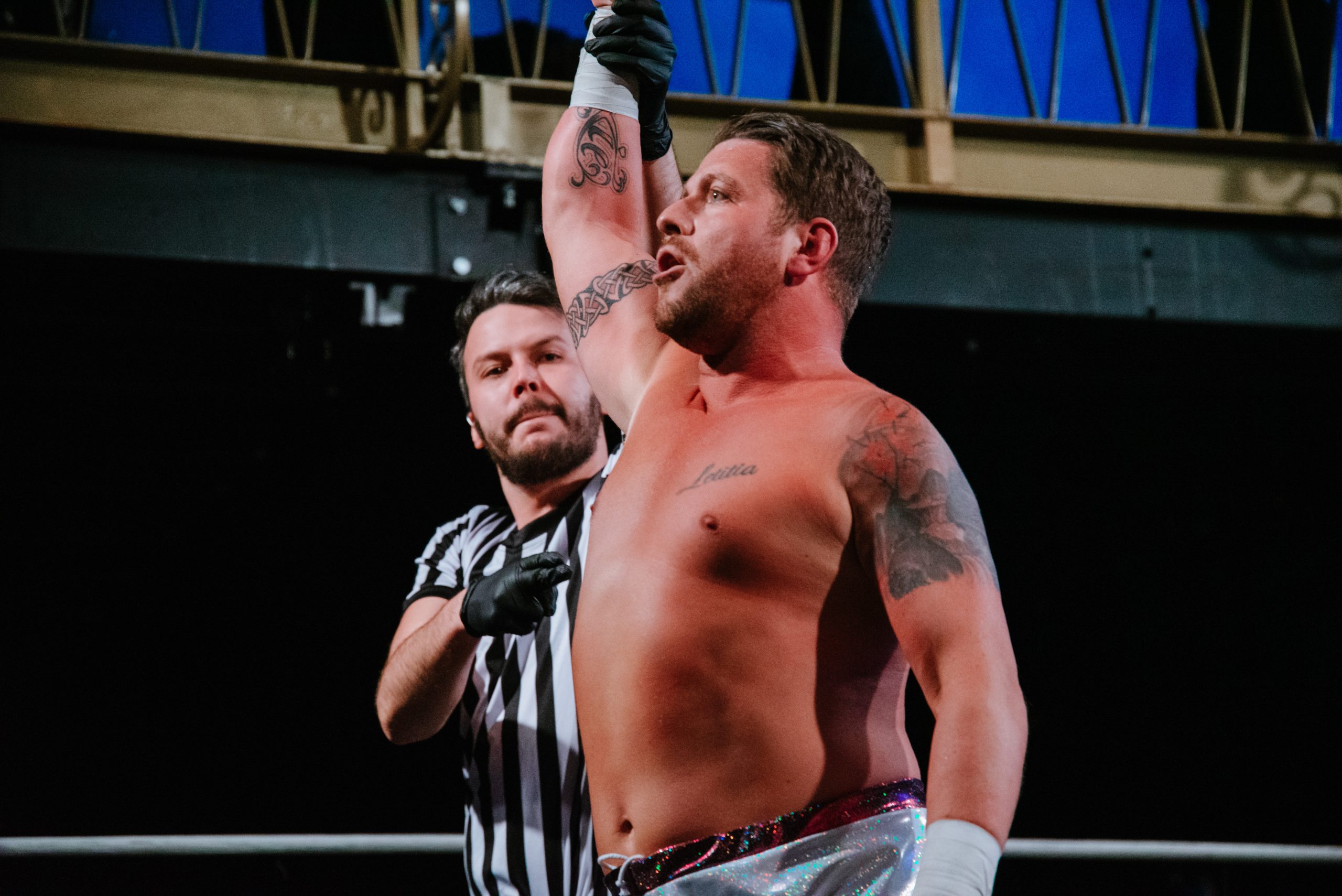 Dean Allmark is a man for whom championship glory has escaped him so far in PROGRESS – but he has been tantalisingly close.

He has lost only three matches in PROGRESS – all in title matches – and now will enter the Super Strong Style 16 tournament, the winner of which will claim the vacant PROGRESS World Championship.

Allmark made his PROGRESS debut at Chapter 112 and, after putting together an impressive unbeaten run, faced champion Cara Noir at Chapter 119. The match was exceptional, perhaps the best in the company in 2021; Allmark came agonisingly close to winning the match and the belt, but Noir prevailed by the skin of his teeth…or perhaps the width of the paint on his face.

After a win over Tate Mayfairs at Chapter 127, Allmark went back into the title picture, but was pinned by Noir in Manchester at Chapter 128. At the next show, he tried his luck at Jonathan Gresham’s Ring of Honor championship, but again fell just short.

Allmark is undoubtedly one of the finest talents in the UK. It feels like only a matter of time before he is wearing PROGRESS gold – will it be after the SSS16 tournament? With such a stacked line-up, it will be difficult for the Stoke-on-Trent native, but any competitor who draws Allmark at any stage will absolutely know they are in for an ultra-tough encounter.

Allmark brings a tremendous amount of variety in his matches, gaining a deserved reputation over his 20+ year career for being as good an all-rounder as there is. Technically gifted, innovative and not afraid to go extreme, the addition of Dean Allmark adds yet another layer of intrigue to Britain’s most prestigious wrestling tournament.

As well as the 16-man tournament, SSS16 will feature Kanji v Gisele Shaw in a two-out-of-three falls match for the PROGRESS Women’s Championship; Cara Noir v Spike Trivet in an I Quit match, after the which the loser will leave PROGRESS; a triple threat ladder match between tag team champions The 0121, Sunshine Machine and The Smokin’ Aces; and Luke Jacobs defending his Atlas Championship against Axel Tischer.