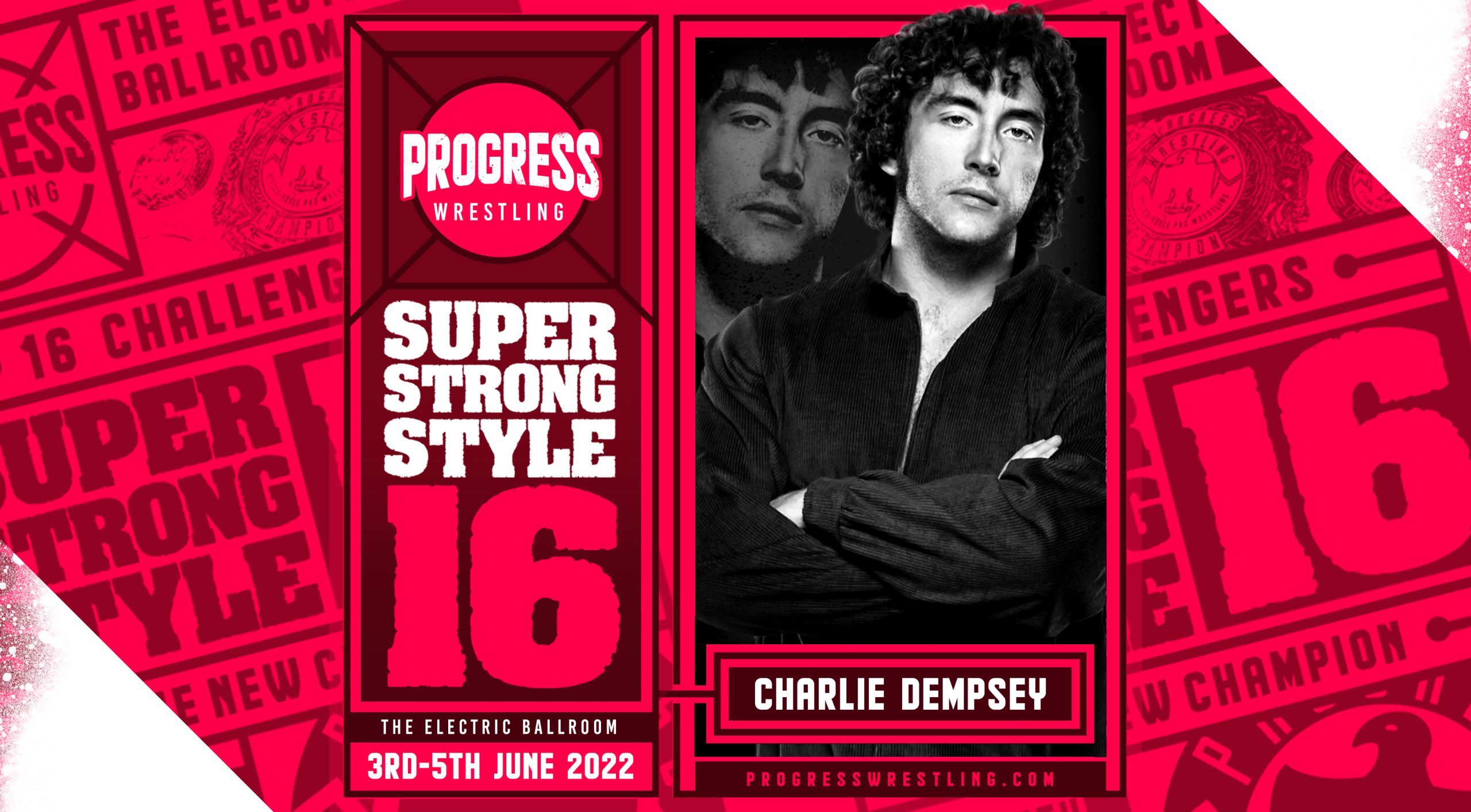 The latest name to be added to the Super Strong Style 16 tournament for the vacant PROGRESS World Championship is NXT UK’s Charlie Dempsey.

After a losing debut in February 2021 against former WWE United Kingdom champion and PROGRESS alumnus Tyler Bate, Dempsey went away, gathered himself, and returned to NXT a changed man.

Since then, he has had seven matches, winning them all. He was initially admired by NXT UK audiences, but has shown an increasingly villainous streak, and is now aligned with Teoman and Rohan Raja in the dangerous Die Familie faction.

The tournament will be Dempsey’s PROGRESS debut, but few will take him lightly. In a tournament line-up that includes numerous high-fliers and several huge power wrestlers, Dempsey’s grappling style offers yet another brand of wrestling that makes SSS16 an increasingly can’t-miss event.

Super Strong Style 16 will take place from 3rd-5th June, at the Electric Ballroom in Camden, North London. Round one, on Jubilee Bank Holiday Friday, 3rd June, will feature every wrestler in the first-round bracket, with the quarter-finals on Saturday, and the semi-finals and final on Sunday. The winner of the gruelling tournament, winning four matches in three days, will be the new PROGRESS World Champion.

SSS16 will also feature Kanji v Gisele Shaw for the PROGRESS Women’s Championship; Luke Jacobs v Axel Tischer for the Atlas title; a gravity-defying triple ladder match for the Tag Team Championship involving The 0121, Smokin’ Aces and Sunshine Machine; and the I Quit Match between Cara Noir and Spike Trivet that will end in one of them leaving the company.