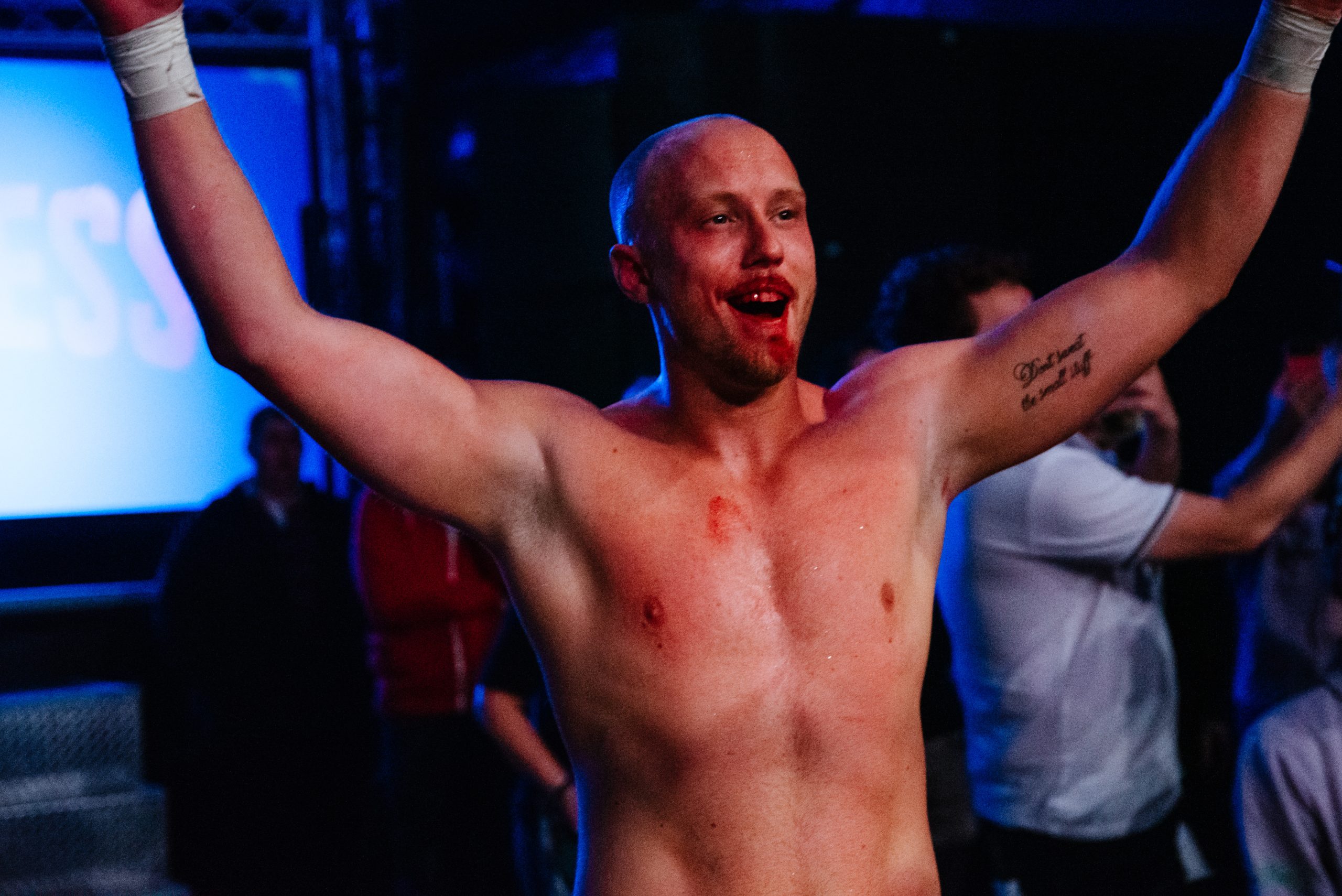 Work In Progress: The Story Of Spike Trivet’s Journey To His PROGRESS Destiny

On Saturday, 4th June, Spike Trivet will face Cara Noir in an I Quit match, during Super Strong Style 16 weekend at the Electric Ballroom in Camden, North London.

As per a stipulation agreed by both parties, the loser of the match will leave PROGRESS Wrestling.

With their PROGRESS careers on the line, we take a look at the storied history of each man within our company.

Spike Trivet was born in the regal city of Cambridge, which perhaps goes some way to describing a sense of entitlement that he wears as proudly as the cravat around his neck.

The self-proclaimed Sovereign Lord of PROGRESS, Trivet is rather unperturbed about the fact that he is loathed by fans everywhere. If anything, it has spurred him on. The more hated he has become, the more successful he seems to have been.

Trivet made his PROGRESS bow in June 2017, on Freedom’s Road, and made several appearances in dark matches or in developmental shows at Tufnell Park Dome before making his Chapter debut in Sheffield at Chapter 59, where he was unsuccessful in a multi-man match. The Trivet that we all see today was there to see, though. The swagger, the attitude, the privilege; things a man cannot hide.

Trivet’s ascendance to being a PROGRESS mainstay truly started from Chapter 82, in December 2018 onwards. He wrestled 10 matches in the company in 2019, mostly in tag action, winning four.

When action resumed after the pandemic-induced hiatus, Spike was back for more, and somehow had doubled down on his attitude. He had clearly been working on his in-ring skills, though, as suddenly his win-column started to fill up with more entries.

At Chapter 104, he was unsuccessful in a four-way number one contender’s match, but followed up with five straight wins, over former ally Chuck Mambo, Chris Ridgeway, Ethan Allen, Danny Black and Big Guns Joe.

This, naturally, prompted talk of a Spike Trivet title shot, which would not have bypassed the man himself. However, at Chapter 115, Trivet found himself embarrassed backstage. Confronting PROGRESS World Champion Cara Noir, presumably to goad him into an altercation, Trivet was instead met with dismissive scorn, as Noir just walked away silently.

It is a moment presumably burned into Trivet’s retinas, conscious and sub-conscious, and has seemingly fuelled his actions ever since. If we thought the man coined ‘The Vulture of PROGRESS’ by Hustle Malone and the commentary team had reached the nadir of how low he would stoop, we were wrong. Somehow, an even more cruel and ruthless Trivet was emerging.

There followed a series of losses, all of which came by self-inflicted disqualification; disobeying referees, refusing to break holds, low blows. Naturally, Trivet was nowhere the title picture, as his once shiny recent win-loss record rather lost its lustre.

At Chapter 128, after some time out of ring action, Spike stopped Luke Jacobs following a bruising no-disqualification encounter, then did the same to Man Like Dereiss at Chapter 129.

At Chapter 130, Cara Noir was scheduled to face Jonathan Gresham for the title, with Trivet again feeling overlooked. It then turned out that his obsession was no longer the belt, but the champion. Trivet’s interjection in the match cost Noir his championship, and later that week Spike unleashed a brutal beating on the Black Swan.

After a verbal attack on the absent Noir at Chapter 132, Noir returned to cost Trivet his match against Danny Black the following day, and the two nemeses brawled once more.

Finally, a match between the two was signed for Chapter 134, but ended in an ignominious double disqualification. The post-match confrontation got entirely out of hand, and by the time the pair were separated, Spike dealt out the challenge for an I Quit, Loser Leaves PROGRESS match.

He who speaks, leaves. For one of these two company stalwarts, their PROGRESS journey is almost at an end.

It will end with just five letters.

Tickets for Super Strong Style 16 are on sale now from PROGRESSWrestling.com/tickets

Work In Progress: The Story Of Spike Trivet’s Journey To His PROGRESS Destiny