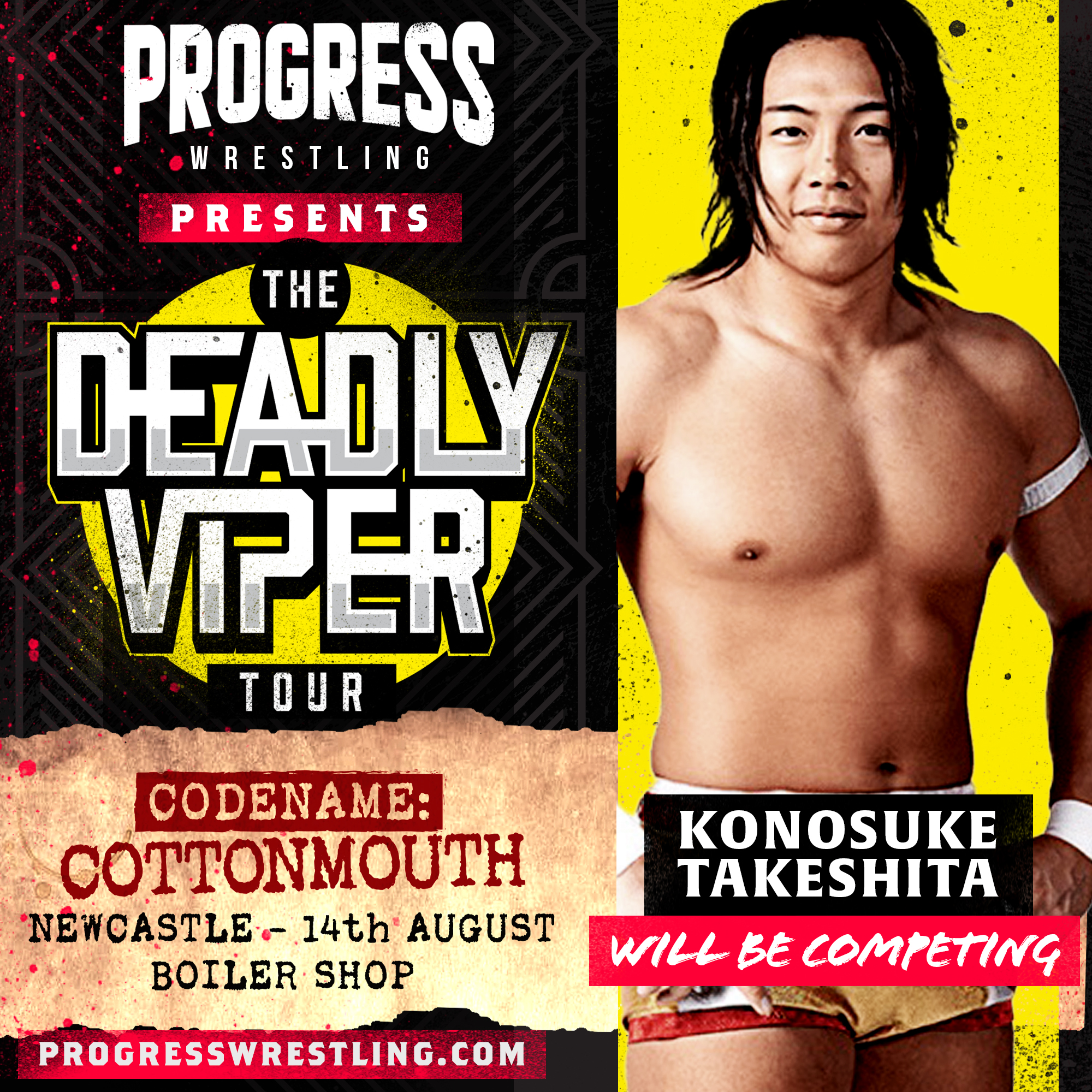 Konosuke Takeshita is the latest huge name to be confirmed for PROGRESS Wrestling’s Deadly Viper Tour this summer.

Confirmation of his appearance was met with a massive reaction within the Electric Ballroom in London, during Day Two of the ongoing Super Strong Style 16 tournament.

Takeshita, 26, is Japanese wrestling’s fastest-rising star, and will be coming to PROGRESS for the Sheffield and Newcastle legs of a UK excursion starting in August.

PROGRESS will be in Sheffield on Saturday, 13th August for a show entitled Codename: Copperhead at the o2 Academy. The following day the tour heads to Newcastle, at Boiler Shop, for Codename: Cottonmouth.

Takeshita will be appearing on both shows, against opponents yet to be named. There is no doubt, though, that members of the PROGRESS locker room will be queuing up to test themselves against the man who has swiftly risen to become to be the face of DDT Pro Wrestling in Japan.

In April, he was described by WhatCulture as “one of the most complete professional wrestlers on earth”. He has stand-out charisma, an array of technical wrestling holds and the ability to strike very hard.

And now he is coming to England, sure to bring his immense skills to Sheffield and Newcastle for some mouth-watering clashes.

Tickets are available for both shows from PROGRESSWrestling.com/tickets. Other stops on the Deadly Viper Tour include Birmingham’s o2 Academy on Sunday, 25th September; the o2 Academy in Manchester on Sunday, 9th October; and Tramshed in Cardiff on Sunday, 16th October.