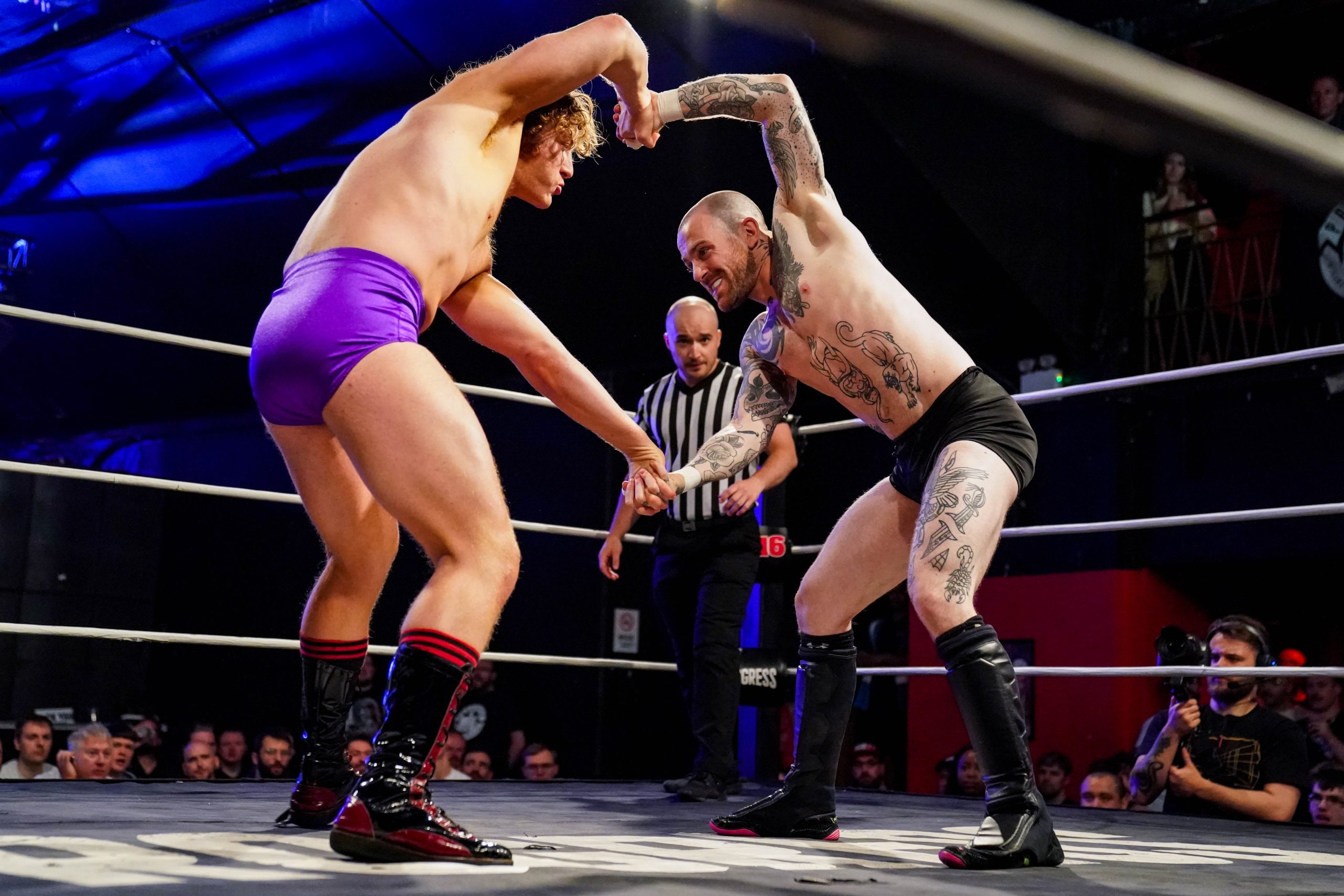 And then there were four.

Gene Munny, Chris Ridgeway, Warren Banks and Johnny PROGRESS all won their respective matches on Day Two of Super Strong Style 16 tournament weekend, and one of these four men will claim the vacant PROGRESS World Championship on Sunday.

They will have to win two more matches to do so. The semi-finals and final will both take place on the same day, but the prize for a gruelling set of clashes will be as important as it gets.

Gene Munny was the first man to qualify for the semis, beating Malik to get through. Munny must now face the dangerous Chris Ridgeway, who prevailed over NXT UK’s Charlie Dempsey in an absolute clinic of professional wrestling.

On the other side of the draw, Warren Banks continued to fight through pain, and against the pack of wolves, to beat Kid Lykos and make it to Sunday. He will meet Johnny PROGRESS (John Morrison), who took on Mexican sensation, Aramis in a stunning match that left the Electric Ballroom crowd gasping.

Tickets for the final day of the event are available from PROGRESSWrestling.com/tickets.