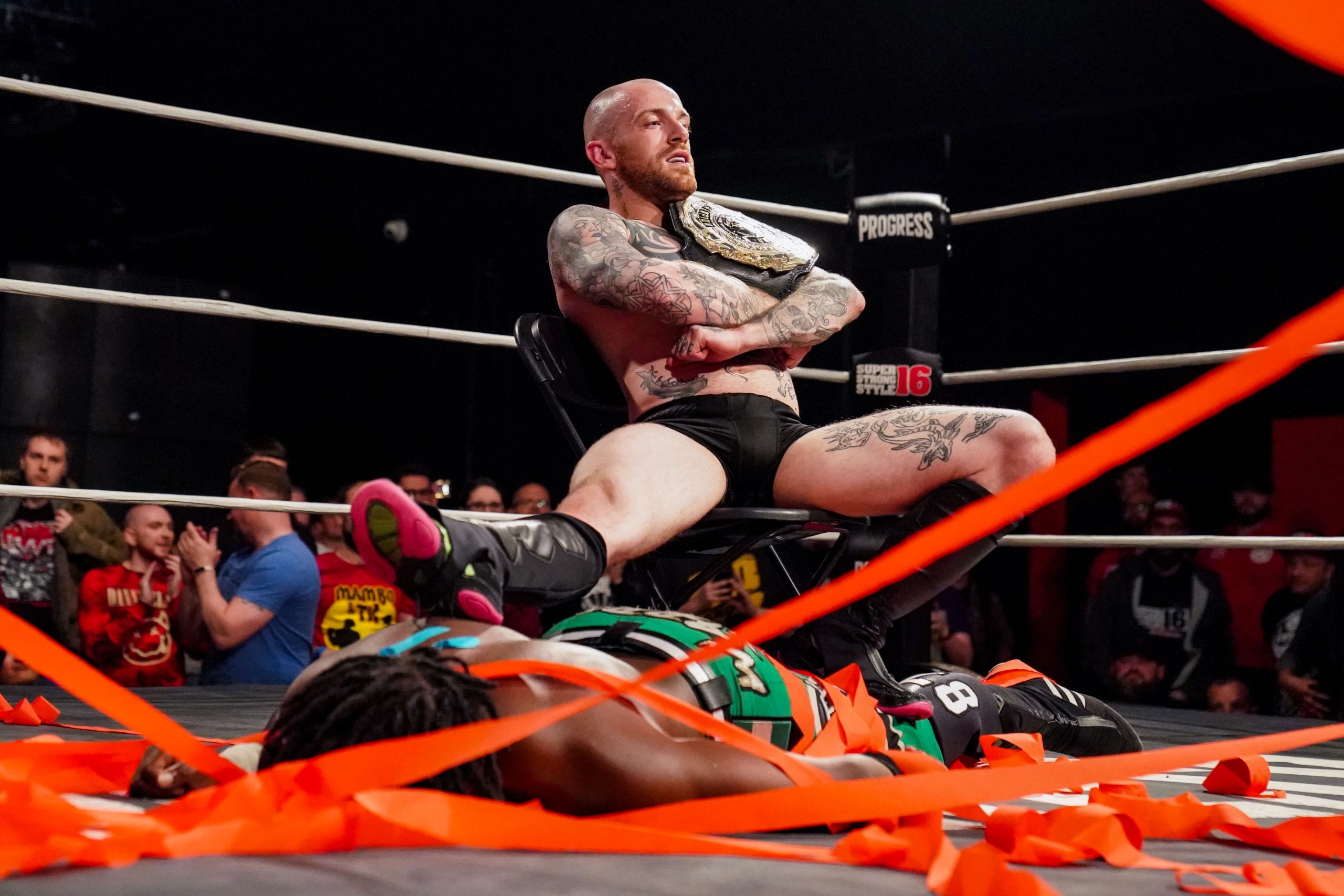 In Sunday’s final of the 2022 edition of the Super Strong Style 16 tournament, Ridgeway prevailed against a valiant Warren Banks.

To advance to the final, both Ridgeway and Banks had already wrestled, and won, three matches over the weekend. Ridgeway beat Dean Allmark on Friday, followed by Charlie Dempsey on Saturday, and crowd favourite Gene Munny in Sunday’s semi-final.

Banks’s route to the final saw him defeat Big Damo, Kid Lykos and Johnny PROGRESS, an impressive set of performances against three wholly different opponents. Eventually, though, Ridgeway proved to be one obstacle too far for the Nigerian Kaiju.

This was the first Super Strong Style 16 tournament since 2019 and the first time that the winner of Europe’s most prestigious wrestling tournament also earned the PROGRESS World Championship.

Ridgeway’s win adds another prestigious title to his burgeoning trophy cabinet. In April, he won the GHC Junior Heavyweight Tag Team Titles in Pro Wrestling NOAH along with partner Yoshinari Ogawa during a Japanese tour in which Ridgeway was unbeaten in seven matches.

As Ridgeway embarks on his reign as PROGRESS champ, all eyes will now turn to whoever emerges as his first contender.

Mambo and Cooper grabbed the belts in the opening match of the show to draw a line under the exciting three-way rivalry between the teams that has grown since PROGRESS fans returned to ringside in January.

On Sunday, Kanji returned from an injury enforced sabbatical to take the PROGRESS Women’s Championship from long-term champion, Impact Knockout Gisele Shaw in an incredible two-out-of-three falls match that saw Kanji finally regain the title she was previously forced to relinquish. The win was a popular one, with the fans in attendance leaving the new champion in no doubt as to her place in the hearts of the PROGRESS faithful.

Gisele’s reign ended with a deeply emotional standing ovation from the rowdy Electric Ballroom crowd as they bid farewell, for now, to their finally adopted Quintessential Diva.

In contrast to those three title changes, only one champion was able to retain their title this weekend. Atlas Champion Luke Jacobs faced Germany’s Axel Tischer in an intense encounter that saw both men embody the style of wrestling that defines the division contested only by grapplers north of 205lbs. Jacobs was able to once again retain his championship in his second defence since winning a tournament for the vacant belt back in April. Whilst still in the early days of his reign, the impressive nature of defences against both Tischer and previously, Roy Johnson, suggests that Jacobs has no intention of losing his belt in the near future.