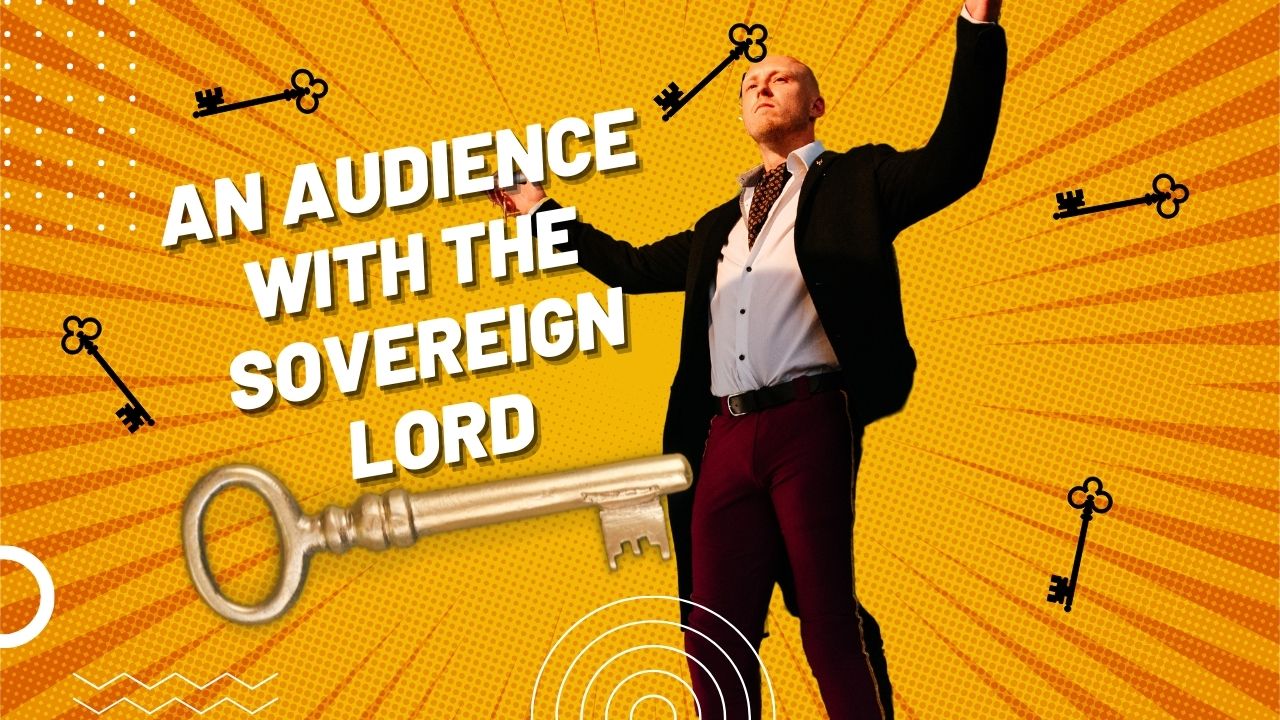 At PROGRESS Wrestling there’s currently one shadow that lurks across the entire roster and that is the self proclaimed ‘Sovereign Lord’ Spike Trivet, by chance we managed to be allowed an audience with him.

Spike, thank you for taking the time to chat with us.

You are very welcome.

PROGRESS crowds really don’t like you and let you have it as much as they can.  Do you enjoy winding them up to the point where they constantly get on your back?

Yes, Yes of course, I just think it’s a room full of hypocrites.  Frankly the moment I appeared in a PROGRESS ring 5 years ago, I’d never done anything to any of them.  They made assumptions on who I am before I even walked out from behind that curtain and booed me and gave me a reason to dislike them.  Its nothing to do with me, but if they happen to want to boo me for my unchosen circumstances in life, then fine, F*ck them, they can do what they want. It doesn’t bother me, the king doesn’t bother himself with the peasants throwing rocks at the castle.

What does interest me though is that they claim to hate me and chant and shout “F*ck you Spike ” if I put my fingers to my lips, to tell them to be quiet, they’ll all be quiet.  Even though they claim to hate me, I have more psychological control over them than some of the more loved characters in British Wrestling today.  I can put the mic down on the floor, put my finger to my lips and they will all quieten down just to hear me speak.  That’s the thing that amuses me the most and it just goes to show, they’re just a bunch of sheep and they don’t know who they are or what they want.  I can just make them do whatever I want them to.  Ultimately that’s what I want in any situation to get them to do what I want.

So you’re suggesting that there’s no-one on the roster that is at your level?

It’s not that I don’t think there’s anyone on the roster like me, there’s just no-one on the roster that pulls on their heartstrings like I do.  When I come out into the Ballroom or wherever, I don’t wrestle like anyone else, I don’t look like anyone else, I don’t move like anyone else, I don’t perform like anyone else.  But when I enter any room in British wrestling and particularly in PROGRESS the energy changes.  And it changes for the rest of the show.  It doesn’t just change while I’m out there, or when I’m wrestling, it changes for the rest of the show.  And despite how much they say they hate me, they still come to my table and buy my T-shirts and shake my hand after the show so it’s not that I think there’s no-one at my level, more there’s no-one that can do what I do.

So where do you think the turning point for you in Progress was?  You mentioned you’ve been with the company for 5 years, so when do you believe things changed for the better?

I really noticed things were changing when I cost Tom his title against Gresham, and then I cut a promo backstage and management released it to the world.  It was at that point I think people saw me and saw that I’m a serious force to be reckoned with.  Not just in Progress, but in the world of wrestling.

You’ve mentioned Tom a few times and your disdain for him and his injury, have you heard from him has he just disappeared or are you still planning to bring him back and make him suffer some more?

There’s no doubt he’s a phenomenal talent and a phenomenal athlete, there’s no doubting that.  So of course there were going to be people around the world and promotions wanting him to wrestle as Cara Noir.  He’s gone to Germany, he’s performed in other places in the UK, he’s going to Japan, he’s doing all of those things but at the end of the day the most important thing is PROGRESS is his home.  But because of me he can’t be the person he wants to be in his own home.  There’s no worse punishment or prison than that.  And that’s all down to who I am and what I did to him.

He can walk around the world making a name for himself internationally, but he’s always going to have that on him until he comes back and settles it.  When he wants to settle it, I’ll be here.  In the meantime I’ve got other things I’ve got planned, I’ve got other issues that I’ve got to deal with.  I’ve got bigger fish to fry than a plane Jane called Tom from Essex who’s running away from his problems.

Finally, I want to address the elephant in the room…

I was wondering when you might get to this.

You are currently the PROGRESS Key Holder which allows you to unlock an opportunity for a title of your choosing, any time and any place , and we have to ask, have you made any decision’s when or where you are going to use the key.

The only thing anyone needs to know until that time is that I’ve got it, and I can change everything in an instant *clicks his fingers* Just like that.

Have you decided which belt you have targeted?

I didn’t get into this to be anything other than a World Champion.

And with that Trivet went to leave, but he turned back around and leaned in with these final words: