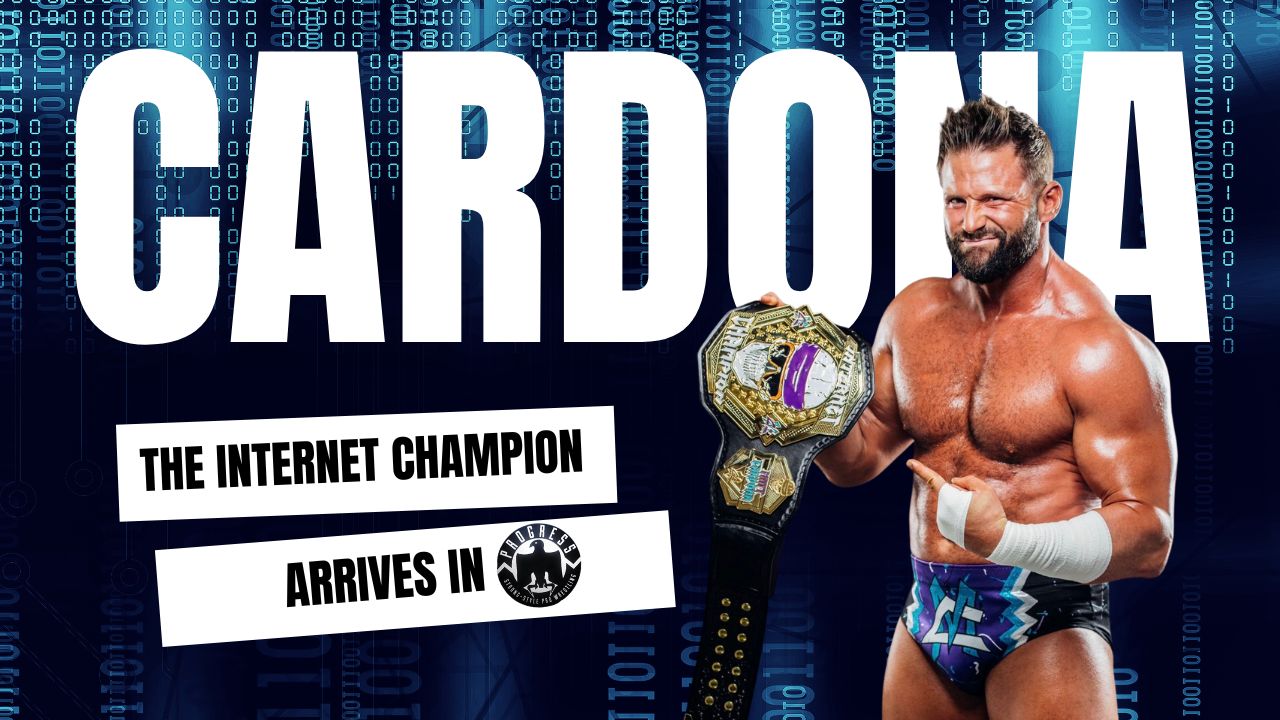 With Chapter 141: Handshakes and Cheeseburgers just days away now, Matt Cardona is readying for his showdown for the Internet Championship with PROGRESS own Gene Munny (Who’d like us to point out his Gene Munny ‘World’ Title is not on the line).  We managed to catch up with ‘Alwayz Ready’ Matt Cardona to ask him about his PROGRESS in ring debut.

Hello Matt, glad you could take some time to answer a few questions before your big match against Gene Munny on Sunday.  So we’re very happy you are appearing on Chapter 141 this Sunday, but why have we had to wait this long to get you here?

Why Progress? Because they are paying me. Why now? Because I’ll already be in the UK.

Of course.  You are set to face Gene Munny at Handshakes and Cheeseburgers, you interrupted his match at Chapter 140, to tell him you would be facing him, we just want to know why Gene..

*Interupts* Gene Munny represents everything that is wrong with professional wrestling. What delusional idiot would ever create his own championship? He continued, I take this business very seriously. Becoming a pro wrestler was my lifelong dream. It has put food on my table for the past 18 years. Gene Munny thinks this business is a joke. He has no respect for pro wrestling.

You told us you’re not interested in Gene’s belt, but if that was on the line?
I’ll win. But then I’ll throw it in the trash…where it belongs.

Moving on we asked Matt to focus on PROGRESS as a whole, Who else in the promotion has have you noticed? Anyone in particular you’d like to face in a PROGRESS ring?

But will you be returning to PROGRESS anytime soon?

If I’m not already booked somewhere and they pay my Full rate! I’m not just a free agent…I’m THE agent. And I’m THE agent for a reason. I am the hardest working man in pro wrestling. PWI just ranked me the number #13 best pro wrestler of 2021…even higher than Drew McIntyre! He used to wrestle for Progress right?

Erm, no he hasn’t, but moving on have you been putting in much training for Gene on Sunday?
I’m not running the ropes or taking unnecessary bumps on my off days. I do my training in my matches. I’m Alwayz Ready!

You pretty well travelled these days too, so will you be 100% going in against Gene?
I’m tired. I’m beat up. I’m recovering from a torn bicep. But that’s the business. I don’t make excuses. I don’t complain. I’ve made a career out of taking advantages of opportunities. My progress debut is another opportunity…and I will thrive!

That said what should  the PROGRESS fans expect this Sunday from Matt Cardona?
You won’t see a bunch of cool moves that will be used as gifs on the Internet. But You will see me steal the show though. I am a superstar. A self made superstar. Progress will see a real superstar for the first time ever. It will be historic!

Finally, Matt wanted to remind people that he will be signing and selling merch before show, during the intermission, post show… whenever. I have a bag full of of UK Alwayz Ready shirts. I don’t want to bring any back to the USA!

So make sure you grab a ticket for the hottest show in town, before they’re all gone!