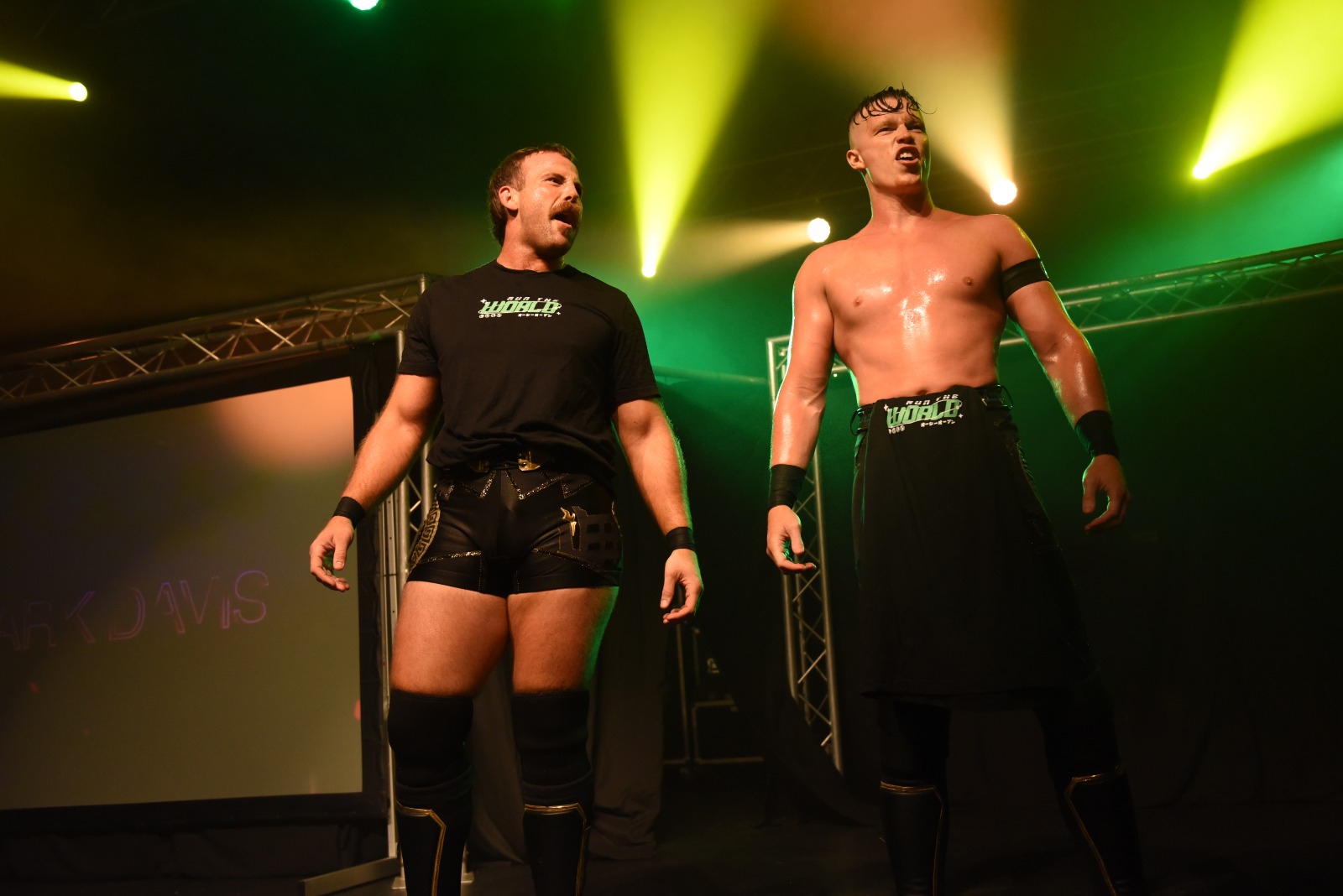 There are not too many hotter tag teams on the planet right now than the Aussie Open, and they kept their momentum going with a victory against CPF.

Mark Davis and Kyle Fletcher had the o2 Academy standing on their feet applauding, singing and chanting as they marked their return to PROGRESS Wrestling with a W against CPF with a dominant display.

The Australian duo, who featured in AEW earlier this year, helping Will Ospreay attack FTR (Cash Wheeler and Dax Harwood) and Trent Berreta, will be searching for their second PROGRESS Wrestling win in a week when they face off against Violence is Forever at RETURN OF THE FLY on Tuesday night at The Dome in London.

Speaking after their win in Birmingham, Fletcher admitted he was happy Aussie Open were back performing at PROGRESS Wrestling, and both him and Davis have their sights on reclaiming the PROGRESS Wrestling tag team championships.

“It felt amazing to be back in PROGRESS Wrestling. PROGRESS fans, and especially those in Birmingham, have supported Aussie Open a hell of a lot when we were just starting out in our careers.

“If it wasn’t for PROGRESS Wrestling and the fans, we wouldn’t be chasing our dream of competing around the world, so it feels good to be back performing in Birmingham and in London on Tuesday night.

“We want to show the fans in London on Tuesday why we are the best in the World.”