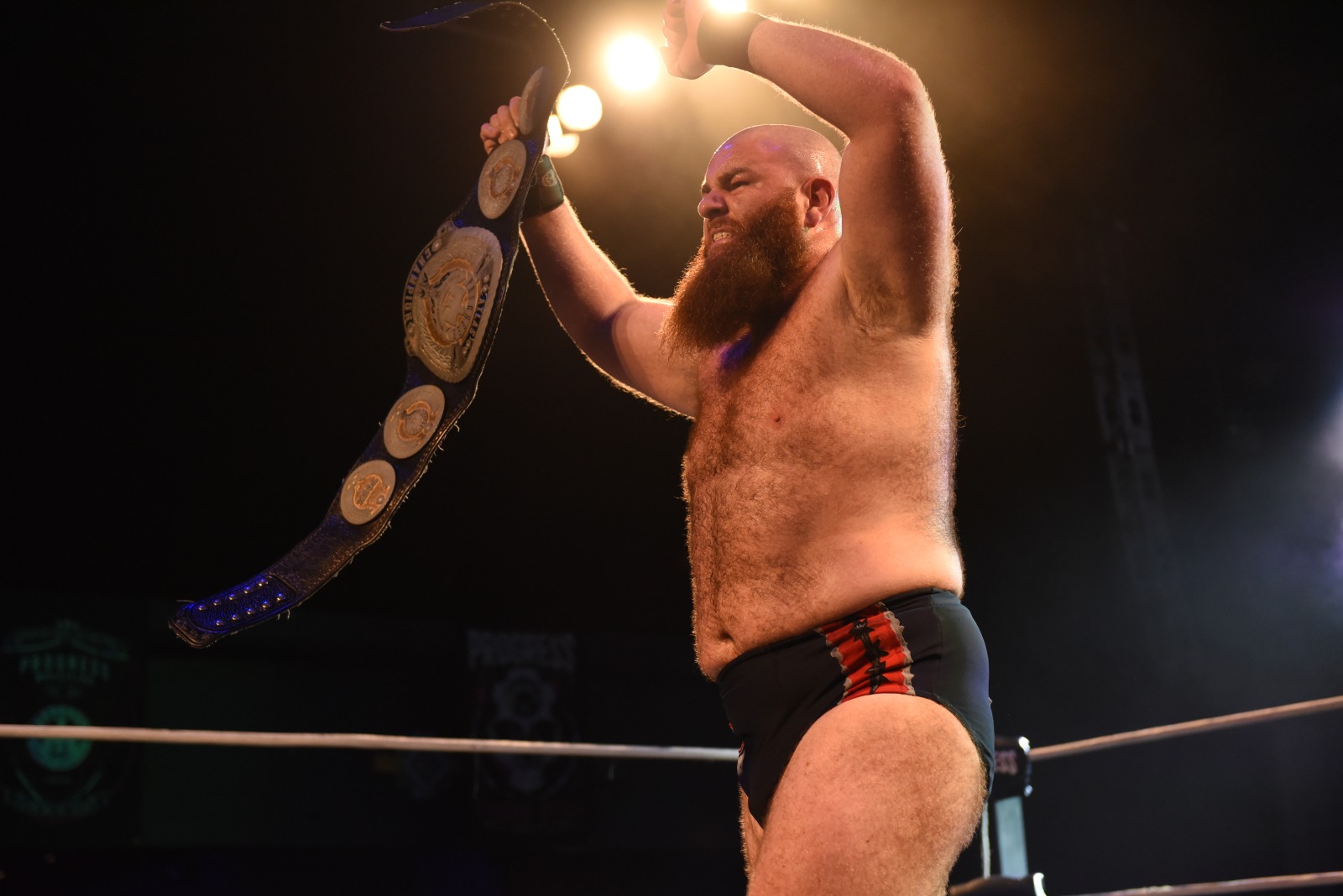 The Belfast superstar had nothing but praise for Jacobs, who forms one half of the Young Guns, and for giving the title prestige and honour, a responsibility he now promises to continue and showcase the Atlas Championship across the World.

Jacobs held the title for more than five months, and Big Damo, who is married to current WWE superstar, Nikki A.S.H, believes his opponent at the o2 Academy has a bright future ahead of him.

“However, I am now PROGRESS Wrestling Atlas Champion.

“Luke Jacobs is an incredible athlete, and he is only 22. When I was 22, I was miles away from where I am now, and that is more than 15 years ago. He has got the World at his feet and when he is my age, he could well be a WWE Hall of Famer, he is that good.

“He made a fatal mistake, I capitalised on that and got the W.

Big Damo revealed his intention was to always win the Atlas Championship, and he is happy he has now accomplished a goal he has always wanted to achieve, ever since his debut match in PROGRESS Wrestling.

He continued: “Luke Jacobs put me down in the first round when we first fought. I underestimated how good he was going to be, I thought he is some young kid, and he is my warmup match. I was wrong, he put me down well.

“I had to come back and figure out who the f**k I was. Since then, I have been PROGRESS Wrestling World Champion.

“I must say, fair play to Luke, we had a friendly bet we were going to put both titles on the line and fight in Birmingham, but it didn’t work out that way as Spike reared his ugly head but Luke still honoured our agreement and he put his title on the line.

“I did everything I could to win, and I am going to make the Atlas Championship a World travelled championship.

Big Damo will be in competition on Tuesday night at The Dome in London, as he will make his first defence against Shigehiro Irie.

“Any sportsman will say they want to keep it going as long as possible and do not want a gap. I am going to go home, have a rest, a couple of beers and then on Monday I will be in the gym, studying tapes and getting ready for Tuesday night.

“Shigehiro Irie is a hell of a talent, he has come all the way from Japan, and he wants to leave with the title, so I am going to have to lay it all on the line to retain the Atlas Championship.

“PROGRESS Wrestling are the best fans in the World. Listen, I hear the influence they have, and I am coming back to The Dome, where I fought Luke Jacobs, and I reunited with my tag team partner Axel Tischer from Sanity. It was one of the coolest experiences of my life.

“To go back to the Dome on Tuesday night as a champion and fight against a worldwide opponent, I can’t wait.”