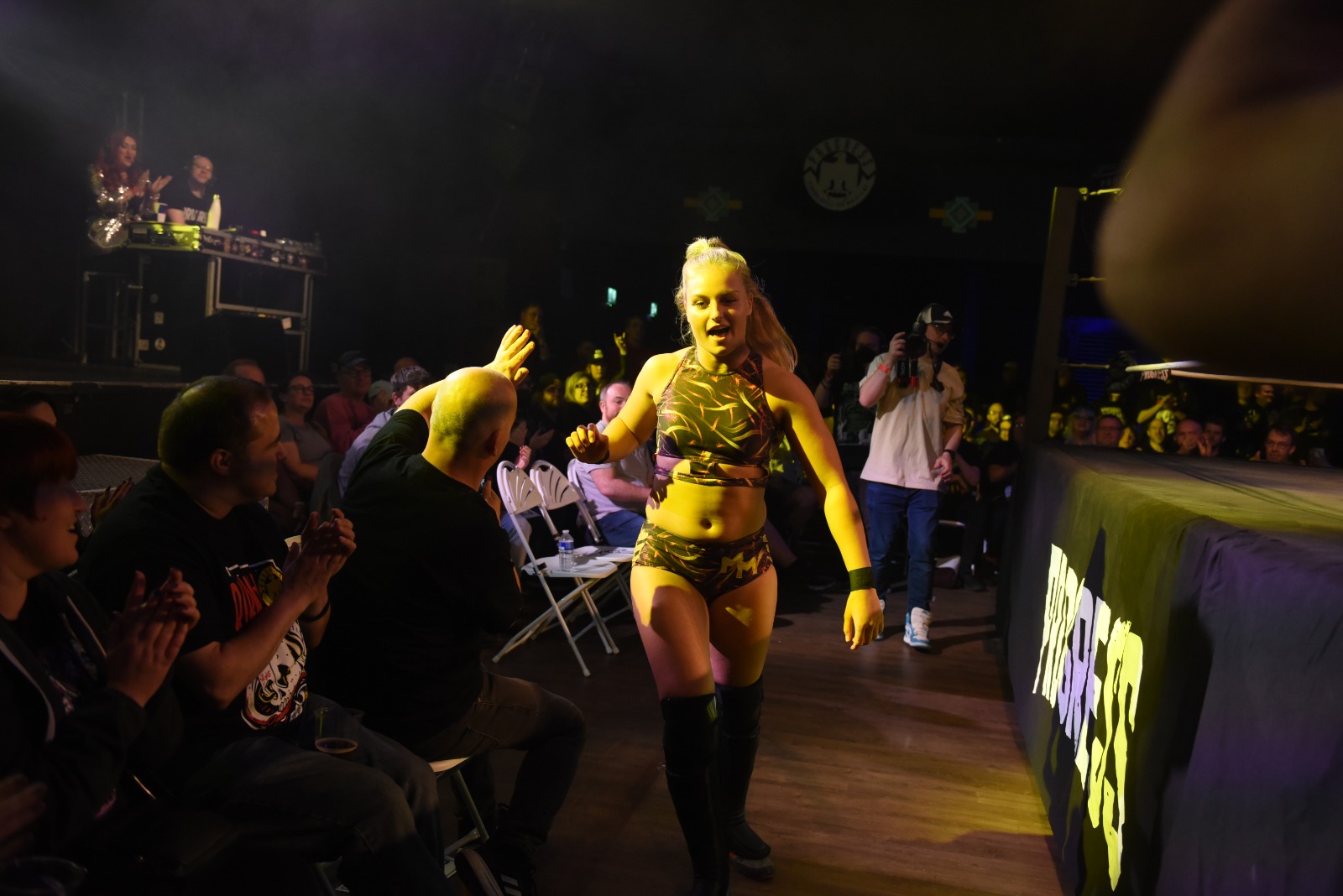 Former WWE NXT UK star McKenzie, who was born and raised in Coventry, just 20 miles away from the O2 Academy, overcame Di Matteo in a fierce contest in front of an electric crowd in Birmingham.

McKenzie, who left WWE earlier this year, is over the moon to be back ‘home’ at PROGRESS Wrestling and she couldn’t hide her delight after picking up the win against a resilient Di Matteo.

“I had so much fun,” admitted the 22-year-old. “I loved seeing all the fans once again at PROGRESS Wrestling and this is my home!

“I am so happy to be back, and it went so much better than I could have ever imagined. I always go out there to have fun, and I had a great time dancing too as I always do!”

Reflecting on her victory against Di Matteo, or otherwise now known as LDM, Millie recognised her talent but has now set her target elsewhere – The PROGRESS Women’s Championship.

She continued: “Laura has improved a lot, she is very good, but she is not as good as me! She has a mean streak; she is a lot nastier than the last time we came up against each other. Maybe she doesn’t want me back in PROGRESS Wrestling, but unfortunately for her, I am here to stay.