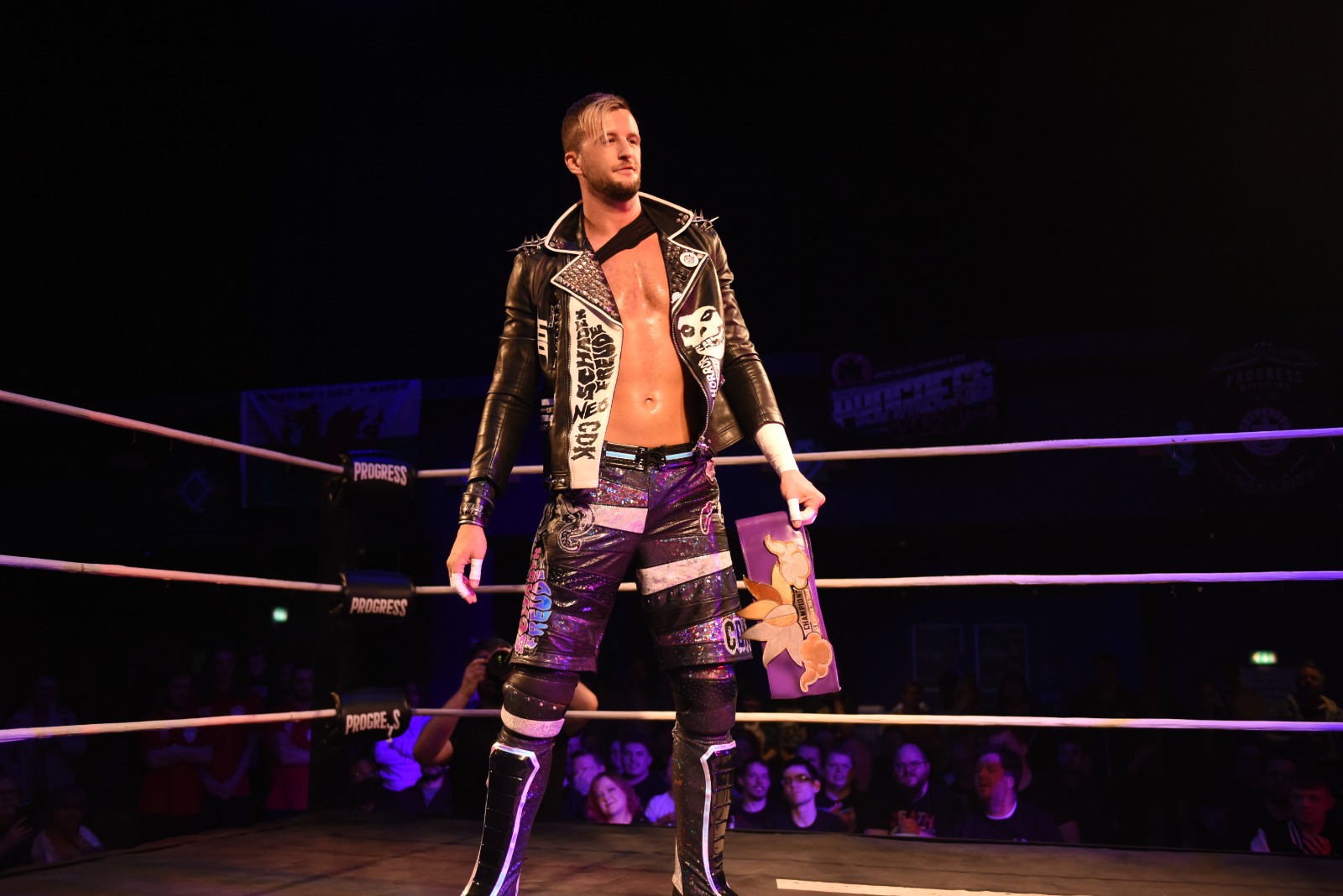 Chris Brookes made a sensational return to the UK on Sunday afternoon after more than two and a half years away, as he and his tag team partner Masahiro Takanashi (CDK) beat Lykos Gym at the o2 Academy in Birmingham!

Brookes, who is recognised all around the World, scored the pin fall and he will be looking to win for a second time on Tuesday night, when he comes up against his former tag team partner Kid Lykos in singles action at The Dome in London for the PROGRESS Wrestling, RETURN OF THE FLY SHOW, which starts at 7pm (6pm doors open).

Brookes and Lykos have had some strong words for one another in recent weeks, and after meeting on Sunday in tag team action, they are now ready to battle one on one.

“Thank you for the welcome back to the UK,” said Brookes after his match for CDK on Sunday night. “It was match was my first back in more than two and a half years in a PROGRESS Wrestling ring. It was so much fun but different too in so many ways.

“When I came back, I worried if people would even remember me but I am glad they did, and it was great to get the victory. How loud the PROGRESS Wrestling fans are is certainly something that hasn’t changed. They are very rowdy and fun.

“Of course it is always nice to pick up the W, delivering a pile driver to my little gobby opponent.”

ay, and he wants to see as many fans in attendance as people, and even gave another good reason why to come apart from the great wrestling that will be on show!

“For people who haven’t yet bought tickets for Tuesday night’s event, do so, it is a great card and will be a brilliant night. There are a lot of great wrestlers competing from all across the globe, if you do have a chance to come along, come and check out what PROGRESS Wrestling is all about. <

“It is better than staying at home watch Coronation Street that is for sure! They sell great beer at The Dome too, even my favourite, Beavertown Gamma Ray!”