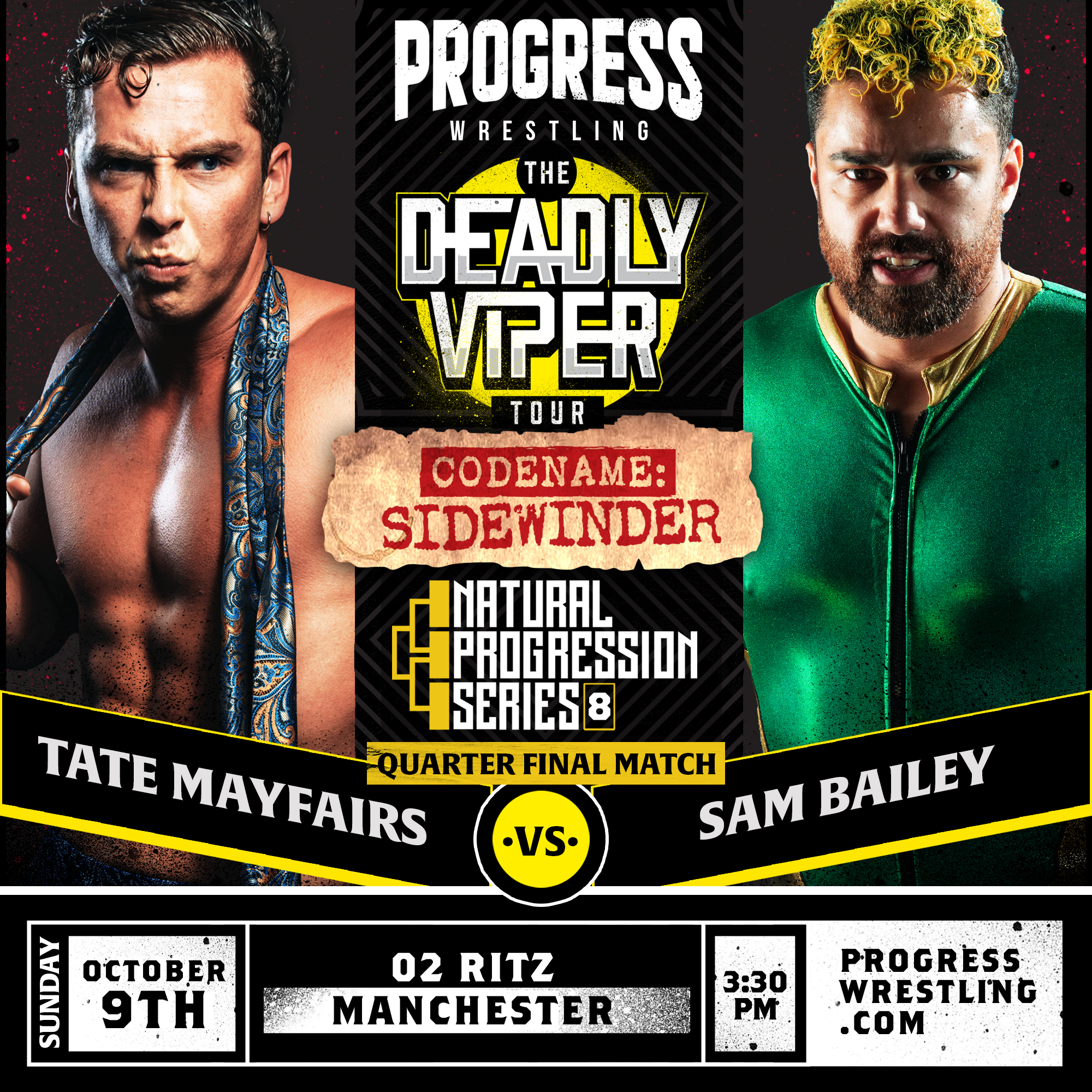 Bailey excited to make PROGRESS debut in his home city this weekend!

The Sam Bailey era in PROGRESS Wrestling will begin this weekend! The Manchester based wrestler will make his long awaited debut in PROGRESS this Sunday, when he takes on Tate Mayfairs in a Natural Progression Series T8 match, and for Bailey, he described the match as a ‘special moment’ to be competing in his home city at the o2 Ritz.

Ahead of Chapter 143: The Deadly Viper Tour – Codename: Sidewinder, Bailey said: “Wrestling in Manchester is always special, having my PROGRESS debut in the O2 Ritz will be something I’ll always remember fondly.

“I think a lot of people were surprised to see my name in the NPS, but the hype from supporters online has been great. The fact we have the return of the Young Guns and some other members of the Manchester scene just makes it extra special for me.

Bailey’s opponent will come in the form of Tate Mayfairs, and the pair have had back and forth on social media leading up to their match this Sunday. Bailey is expecting a tough match against an opponent with plenty of momentum behind him, but he knows his home city will be right behind him this weekend!

“Tate is a very talented individual but he’s already looking past me, and that’s his biggest mistake. I know all the tricks he pulls and I’ve watched the ways he drags his opponents into his game. That’s something I won’t fall for, plus I’ve got some tricks under my belt that he won’t be expecting.

“I treat every match like a main event, I go in focused and try to make a memorable moment (or three), I expect Sunday to be no different.< “Manchester is a city of Champions, Tate has NO IDEA what he’s going to be walking into.”

Bailey has urged fans to pack the O2 Ritz to witness some exciting professional wrestling, with tickets selling fast.

He added: “If you haven’t bought a ticket yet, I can’t stress this enough how great this card is. I’m genuinely unsure what is happening, the first match of the Young Guns in Manchester in over a year. Plus you get to tell Spike Trivet exactly what you think of him.”

Tickets for PROGRESS this Sunday can be purchased HERE

Bailey excited to make PROGRESS debut in his home city this weekend!