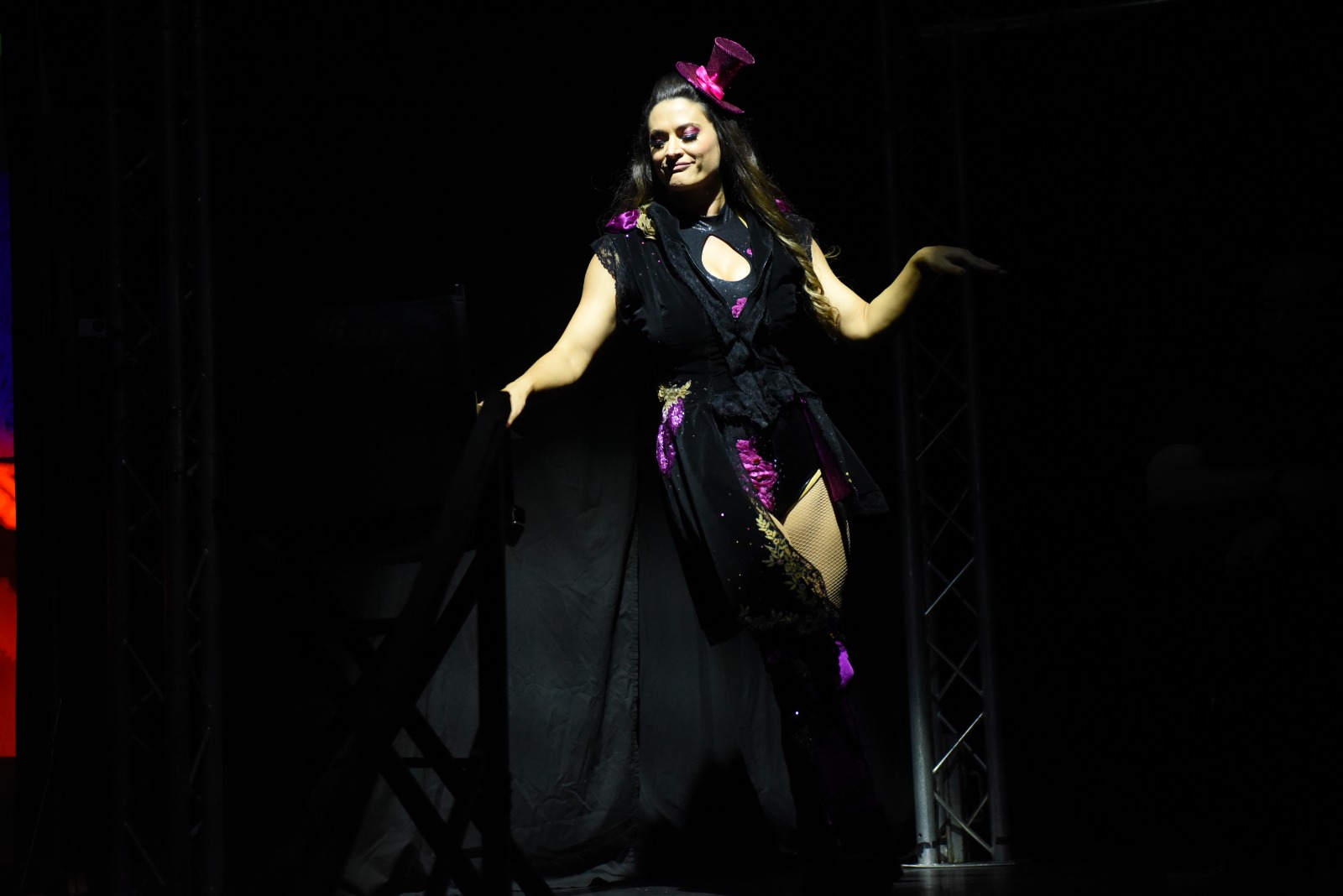 The Nina Samuels show has started at PROGRESS Wrestling!

After more than three years away, former WWE superstar Nina Samuels made a winning return at PROGRESS Wrestling, defeating Taonga at the o2 Ritz in Manchester.

Samuels received a warm welcome from the PROGRESS Wrestling crowd, but their opinion of her soon changed after Samuels victory, when she was interrupted by Alexxis Falcon during her celebrations in the ring, and she was left unimpressed.

“I came out victorious so clearly my match was fantastic,” admitted Samuels. “The season premiere of the Nina Samuels show went exactly as planned apart from a rude interruption from Alexxis Falcon.

“It was disgraceful, the lack of respect she showed me. She said she has respect for me, but if she did, she wouldn’t have interrupted me.

“I am going to try and choose my words a lot more carefully than she did, her vulgar language and terminology that she used towards me was disgraceful. The complete lack of respect for the Nina Samuels award of excellence.

“Alexxis Falcon has now put a target on her back. I am sure that is what she wanted, she wanted a slice of the pie and be involved in the Nina Samuels show. Congratulations Alexxis, you have done exactly that and you are now going to regret coming after me!

The message from Samuels towards Falcon is very clear and it will be interesting how the pair’s rivalry will develop in the coming weeks, and Samuels has now promised to turn PROGRESS Wrestling into the Nina Samuels show!

She added: “It is fantastic to be back in PROGRESS and it has been three long years since I was last in a PROGRESS ring. The fans initially showed their respect for me before they started to be fickle and switch their allegiance to Alexxis and Taonga, so they clearly don’t have very high standards.

“They clearly don’t have very high standards for themselves so why are they going to hold anyone to the high standards in PROGRESS Wrestling like myself.”

“I will make PROGRESS Wrestling the Nina Samuels show and I will make them change the name of the show, it is all about me and now the leading lady of PROGRESS, as PROGRESS needs Nina!”

PROGRESS Wrestling’s next show is the final stop on the Deadly Viper Tour and will be in Cardiff on Sunday 16th October and tickets for the event can be purchased by CLICKING HERE.