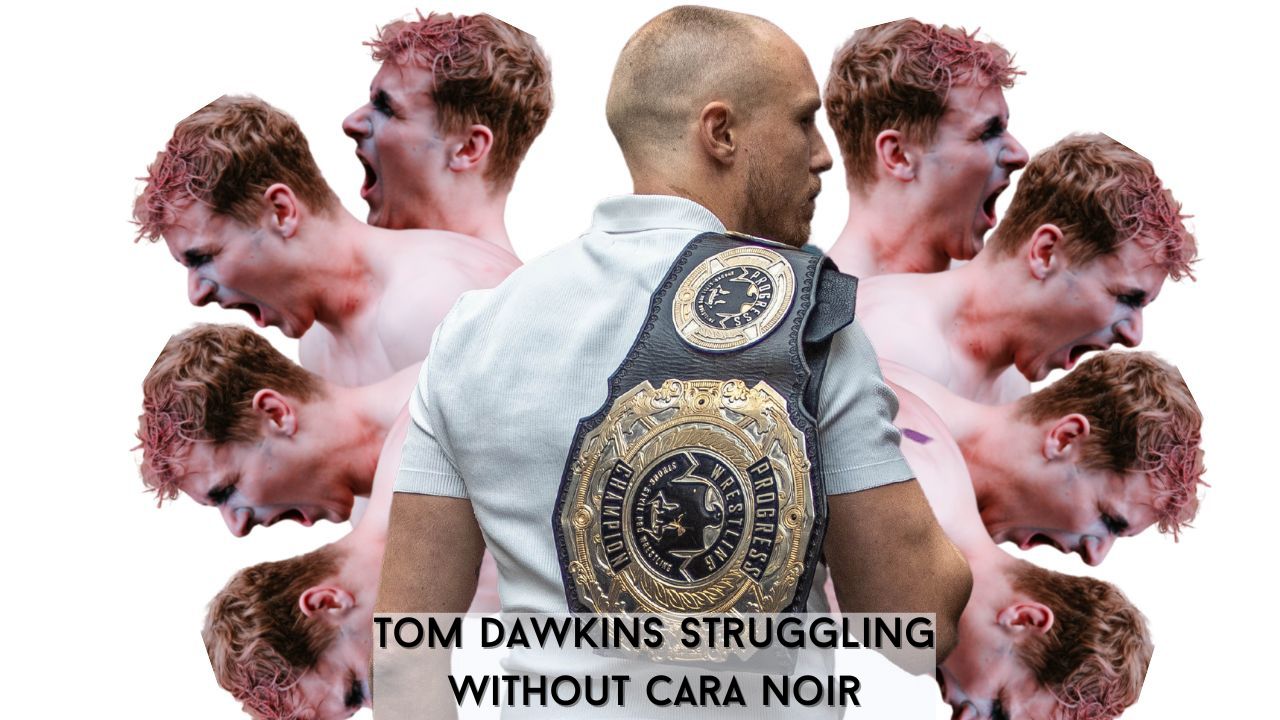 No longer able to compete as Cara Noir in PROGRESS Wrestling, Tom Dawkins had a rough start to life away from a character he had success with for so many years!

Dawkins came face to face with Elijah and suffered a confidence shattering defeat, with his long-time rival Spike Trivet watching on ringside filled with joy.

PROGRESS World Champion Spike interrupted the match early doors, and delivered a firm message, Tom was not allowed under any circumstances to use any of Cara’s moves as part of their agreement following Cara and Spike’s I Quit Match earlier this year.

A despondent Tom struggled to adjust, and consequently suffered a defeat in Manchester at Chapter 143.

“It was pretty horrible if I’m going to be honest, it’s not nice to have everything that you worked for 12-years kind of disappear, and having to start again,” admitted Tom.

“It took a lot of thought to work out what I can do, what I used to do and things that I haven’t used for years, just trying to find different ways to not use Cara’s moves was really tricky. It’s in my head, it’s in my heart, it’s always there, it’s in my body so trying to re-programme it was difficult.

“I was wearing the Cara Noir t-shirt, but I didn’t feel it, the makeup and the entrance is everything and I can’t do Cara without any of that, and I don’t really know what to say.

“I expected Spike to show his face, he can’t help it, if he sees something that slightly antagonises him, he bites and he can’t help it. Me coming out in a Cara Noir t-shirt, I knew that would get to him.

“I don’t know if I can look at it in a positive light, like where do I go from here. Cara is everything and is everything that got me into the competition, I was in, and I don’t think I can.

“I’ve not got a message for Spike but I kind of want to say to everyone else, I feel that he’s won.”

Tom will be in action this Sunday in Cardiff at Chapter 144, and tickets can be purchased for this weekend’s event by CLICKING HERE.