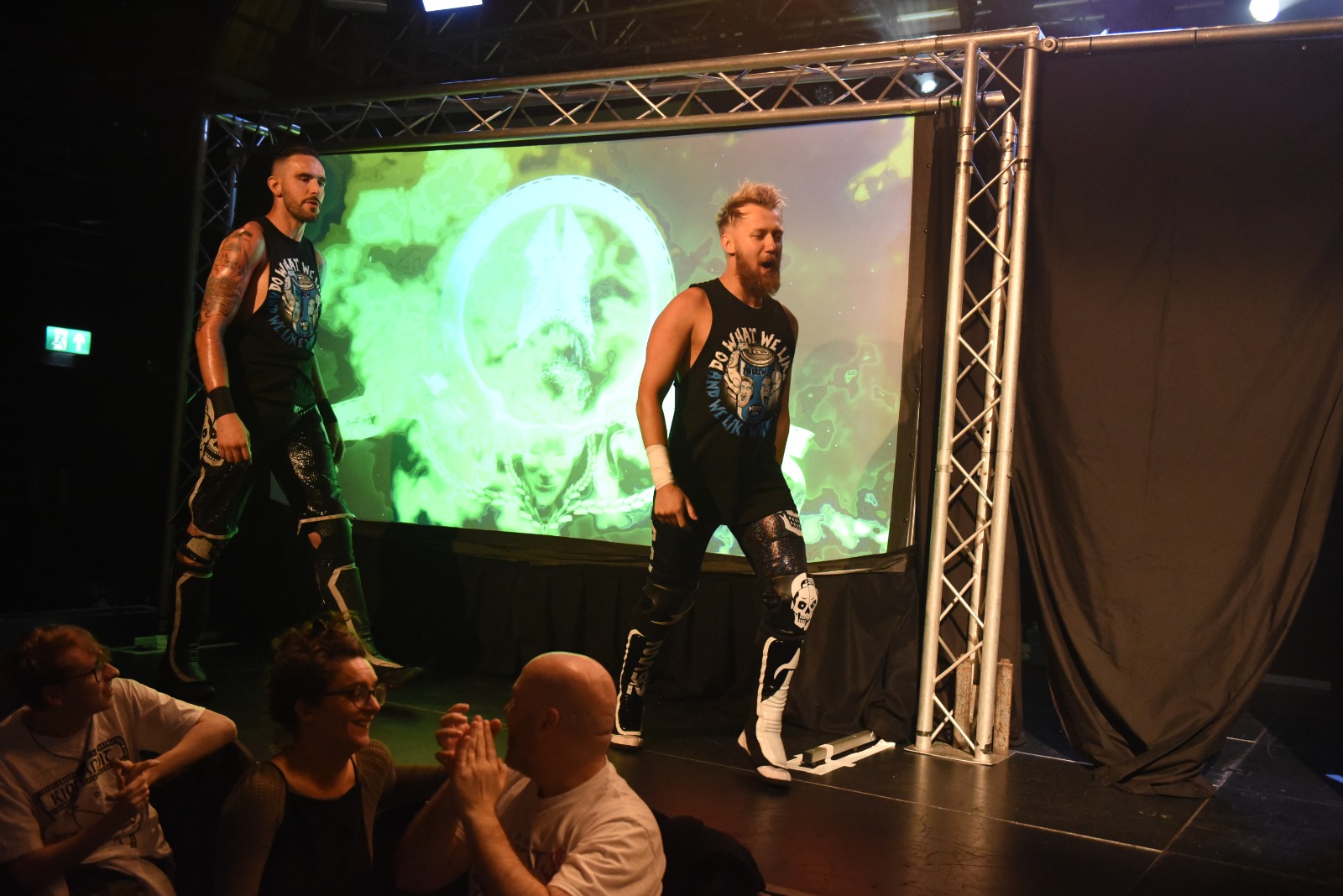 FSU (Eddie Dennis & Mark Andrews) have returned for the first time since Chapter 98, so we had to make sure we caught up with them! We wanted to get their reaction to their return and what’s next for FSU in PROGRESS

ED: The thing is when I came up short in the Tramshed against Spike Trivet last month I understood I needed a rethink for my time in PROGRESS wrestling and if the PROGRESS World title isn’t in my immediate future, then those tag team champions are. The Ballroom is coming up on 10 years ago Mark and I were the first ever PROGRESS World tag team champions and I think it’s time that history repeats itself.

MA: Like Eddie just said, we were the first tag team champions here in PROGRESS, but the way we lost those titles, were like on weird terms, it wasn’t 2 on 2 it was…

ED: Let’s say it like it is, we were screwed.

MA: Yes, we were screwed, right? So I feel like our tag team reign was kinda cut short and we’ve never had the chance to y’know, to carry on from where we left off, If that makes sense. So it would be nice now we’re tagging again, years after being away from PROGRESS. Not only are we back tagging for the first time in 3 years, but back in PROGRESS where the scene is so strong. We haven’t faced Dereiss and Omari ever before in a tag match. On top of that you’ve got CPF, you’ve got Sunshine Machine, You got Greedy Souls, you’ve got all these great teams we haven’t had a chance to step into the ring with, so it’s a really, really exciting time, not just for British wrestling, but personally for our careers as a tag team.

ED: Yeah, the tag team scene has evolved so much since we’ve been away, don’t think we haven’t been keeping a close eye, don’t think we haven’t been interacting, that we didn’t have a hand in helping train a lot of these people. Talk about Close Personal Friends, Danny Black was in a locker room in Brixton training with me, seven years ago. Danny Jones, Brendan White they were with Mandrews in Cardiff, y’know what I mean? We know these people real, real, real well. Guys like Dereiss and Omari they came up through people like Pete Dunne, a guy who were pretty good friends with ourselves.

MA: Joe Lando sent me a video of him doing a shooting star press when he was 12 years old. “Hey Mandrews, what do you think of my shooting star press?” So I had my eye on that guy before he’d even had a professional match. So if we can get in the ring with people like that, that would be very special to us.

ED: Of course, CPF, we’re called Friends Stand United, CPF, they’re called Close Personal Friends, so if you think that CPF aren’t heavily influenced by FSU, then I think you will find yourself sadly mistaken, so let’s see if they’re as good as the original. Maybe we’re the Old Lions about to be out to the slaughter, but it didn’t look like that earlier tonight, so let’s see and we don’t think its going to look like that in the Ballroom on Sunday.