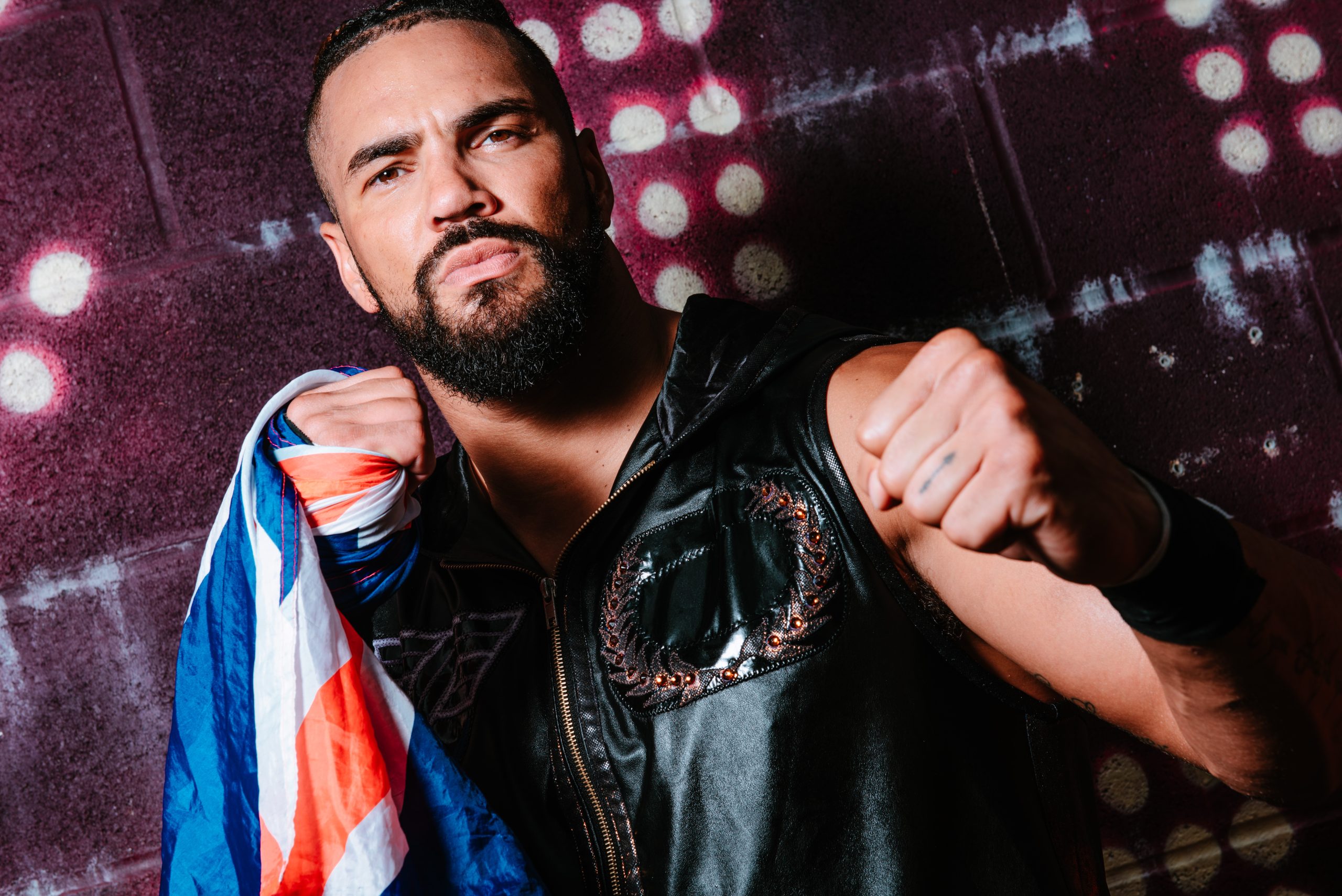 With Kosta and ‘The Hitta’ firing back over the announcement that ‘The Beast’ Bayo Akinfenwa will be accompanying Anthony Ogogo to the ring on Sunday, ‘The Guv’nor’ saw their words and wanted to respond himself.

‘I came to PROGRESS to wrestle the best wrestlers in the country. For whatever reasons, in America , the big boys don’t want to fight me, so I love that PROGRESS give me that platform, to show the rest of the world how good I am, how hard I’ve worked and what I’ve got in my locker.

‘I have the upmost respect for Hari Singh, for Callum Newman, two of the the hottest, youngest stars in the world of professional wrestling today. Even Tate Mayfairs, that little greasy dweeb, he stood and had a fight with me, man to man, face to face. Malik, ‘The Hitta’ is one of the best in wrestlers in the country, he’s unbelievable, he hits hard, he’s nasty, he’s vicious, he’s malicious he won’t let you off the hook, he’s a brilliant pro wrestler…

‘The Guv’nor’ continued ‘When I first started wrestling, when I first went to wrestling school at the beginning of 2020, I looked up to Malik, I’d never seen a dropkick like his, I’d never seen intensity like his, it’d have been a pleasure to wrestle Malik and I’d have wrestled him at a drop of a hat. But him and his little mate Kosta, they attacked me, they talked about personal things, I confided in Kosta, two years ago, I’d phone him up, he’d teach me the ropes. What to do, what not to do, I had respect for Kosta. I confided in him about my family, my hopes and dreams and then that little scumbag in front of hundreds of people in the Electric Ballroom, on the platform Demand PROGRESS, he talked about my most personal things, about dead relatives, to allow Malik to jump me, like a coward, like a pair of thugs. He kicked me in the d*ck, and then he hit me unanswered 15 times to the head.

‘Look, Malik I know you’re a bad man, but 15 unanswered punches to the head and I wasn’t dead? If I hit you 5 times to the head, you’re going to the hospital and never return. That’s the difference between me and you Malik, when you hit it hurts, when I hit, you stay hit. Whether it’s a singles match, a regular match or a knockout match, it doesn’t matter, you’ve awoken something inside of me that no-ones ever seen in professional wrestling.

‘You see I was scared when I left professional boxing, I was scared I was going to lose this instinctive, natural born killer in me. In boxing, I’m a nice guy outside of the ring, but when that bell goes, I’d rather end somebody, leave them in a mess, concussed, rendered totally unconscious than lose a match. And then I’d deal with the consequences afterwards. I thought I’d lose that when I went into pro wrestling. So I’m kinda glad that Kosta and Malik have woken that up inside me now.

‘He’s going to have my back, me and Bayo go way back, since day one we’ve had each others backs. So if you want to try something, if you want to pull something, I want ‘The Beast’ watching my back. That’s a big back to watch and he’s a big boy. See you Sunday kids…