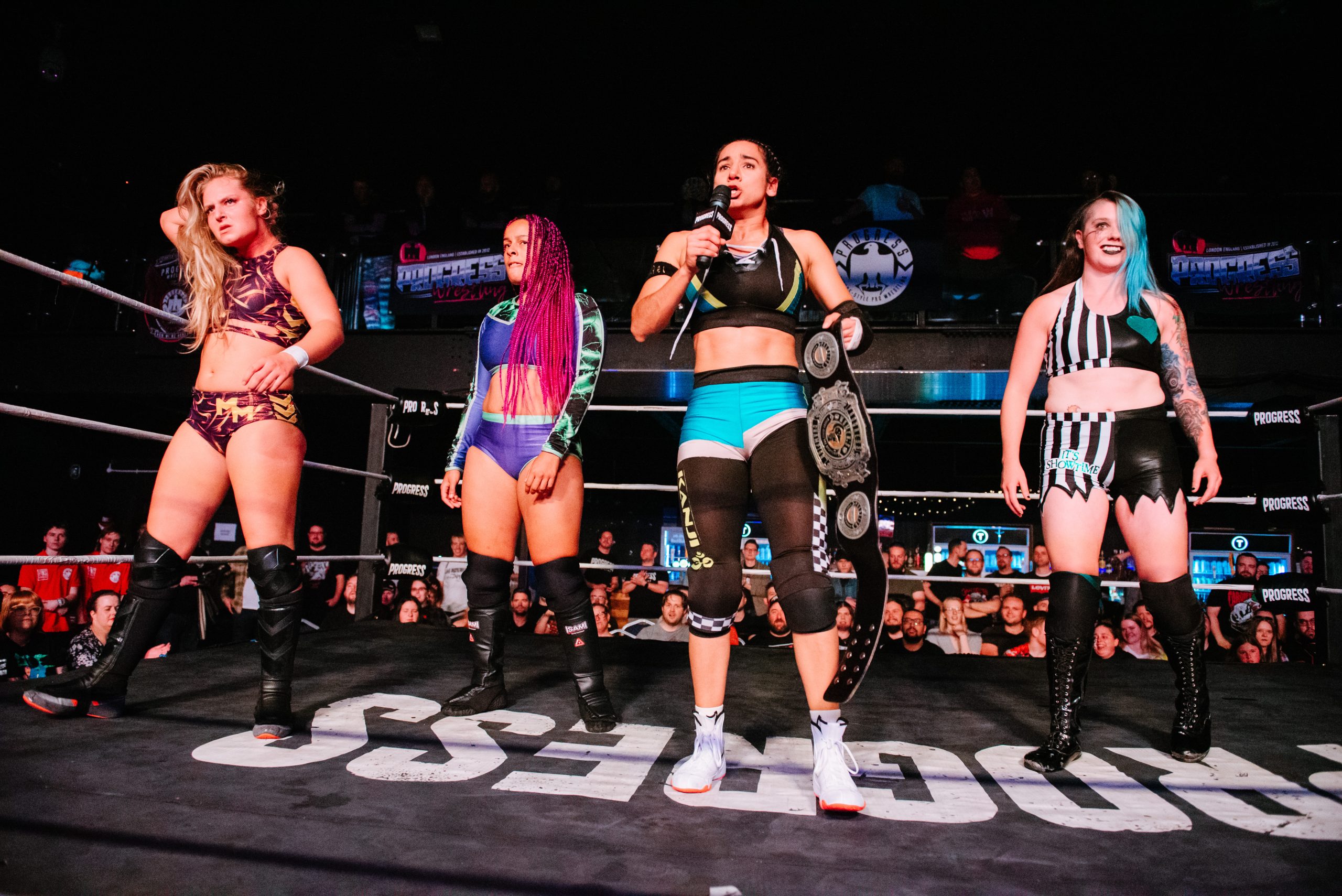 ‘I got the same feeling everyone else has in the division, that we are sick and tired of her games and her delusional thoughts on who she is. She isn’t who she thinks she is, she’s delusional, she’s a bully not a superstar. If she’s a superstar then she doesn’t need to be in the ring, she needs to be outside of it and let the real professional wrestlers do there thing.

‘The fact she’s coming for the most prestigious title in British wrestling is a joke really. She’s bringing so much dishonour and the fact she keeps getting these title shots, when she hasn’t earnt them, brings disrespect, not only to the title, but the previous champions that came before me. On Sunday it’s about time I think, that when we get our hands on the The Lana Austin Experience plus Taonga, that Lana gets what she deserves. That maybe in that moment realises who the real wrestlers are. That is our job to do on Sunday to prove that to her and her gang.’

Lana Austin aside, who else is deserving of a title shot currently?

‘I think that looking at the division there is Alexxis Falcon, who is showing so much passion and support for the division as it is right now, especially after what she said to Nina Samuels following Nina’s tirade in Manchester, that showed support for us all. That is character of a champion.

‘Lizzy Evo, I know she has her antics, but she shows real passion and drive as wrestling as a sport, so I think she deserves a shot. Plus also I’d like to see previous champions coming back to a PROGRESS ring. When I think back to COVID, when we all came back, it was heartbreaking to see Jinny having to give the belt up. Jinny played a massive part in me coming up in wrestling’s so it was heartbreaking to see her giving up the title during that time because she wasn’t able to compete. I think to see Jinny, Jordynne Grace come back and compete for the title would be amazing. But definitely Alexxis Falcon currently’