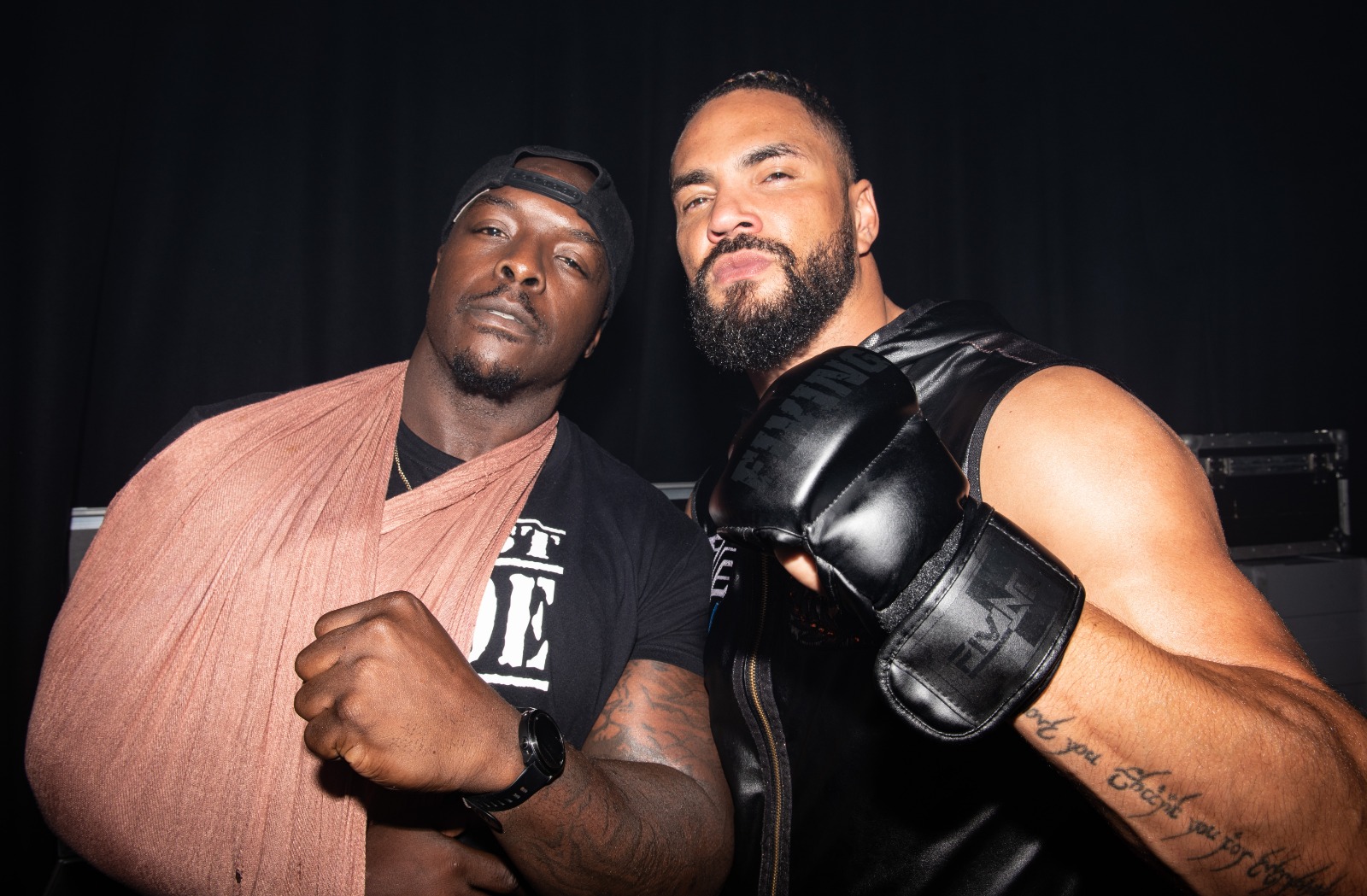 THE BEAST, Adebayo Akinfenwa, will make his wrestling in ring debut at PROGRESS Wrestling on Sunday 27th November at the Electric Ballroom in Camden, London, when he will team up with Olympic medal winner Anthony Ogogo to face fierce rivals Malik and Kosta.

The former professional footballer, who was the strongest player on the FIFA video games before his retirement in May, accompanied Ogogo to the ring for his knock-out victory against Malik on Sunday afternoon in the capital city.

With Malik’s entourage getting involved in the match, Akinfenwa had no option but to get in the ring and show ‘BEAST MODE’ to the capacity crowd at the Electric Ballroom, with a knock out punch of his own, despite having one arm in a sling due to an unfortunate injury in the gym whilst preparing for his PROGRESS Wrestling debut.

Akinfenwa’s involvement didn’t end there, and he served up the challenge to both Malik and Kosta for a tag team match against himself and Ogogo at Chapter 146 ‘They Think It’s All Over’ on Sunday 27th November at the Electric Ballroom.

“It was electrifying,” admitted Akinfenwa after his debut at PROGRESS Wrestling. “It was so much fun and I wish I had both arms available as I would have grabbed Malik’s man and done even more damage to him. I have been waiting for this day, it has been a long time coming, and I can’t wait for November 27th.

“I hurt my arm whilst preparing for my first appearance in PROGRESS Wrestling, but I still got involved and helped Anthony (Ogogo). Anthony is my guy, so when I received the call to back him up, I was always going to be in his corner. Now we have set up the real fight, and there will be fire next month.

Anthony Ogogo added: “We saw the energy Bayo (Adebayo Akinfenwa) had and the pop he received from the fans, there was nothing like it. Malik and his boys have bitten off more than they can chew now and it will all go down on November 27th.<

“They need to count their lucky stars he was in a sling and they won’t be so lucky when he makes his in ring wrestling debut.”

Don’t miss out on Akinfenwa’s in-ring wrestling debut and purchase tickets now by CLICKING HERE for Chapter 146: They Think It’s All Over… on Sunday 27th November at the Electric Ballroom.