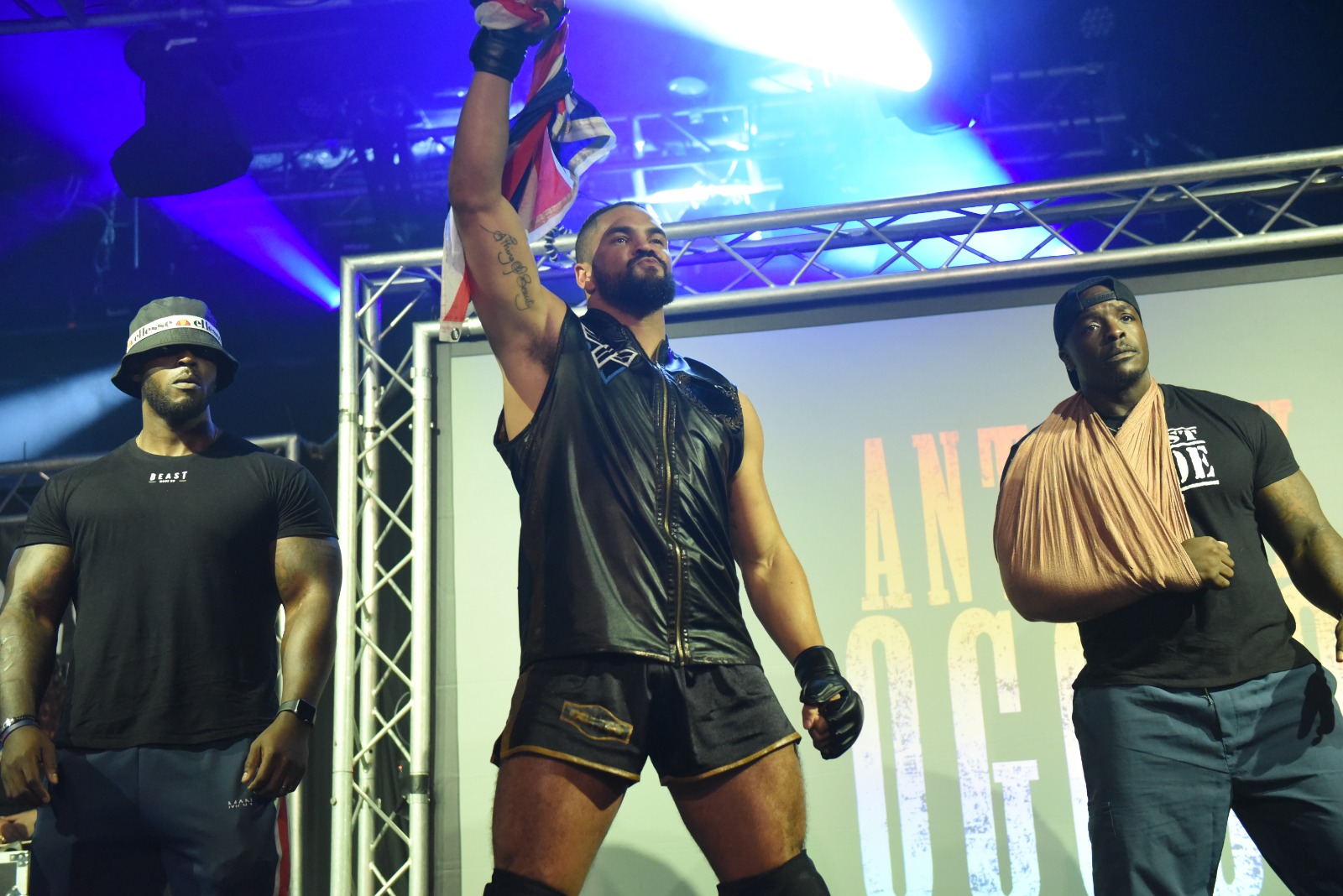 The capacity crowd at the Electric Ballroom were promised fireworks when Anthony Ogogo went head-to-head against Malik in a knock-out match at PROGRESS Wrestling Chapter 145: Wrestling Witch Face, and that is exactly what they got!

Ogogo picked up the W after a fierce battle with his long-time rival, with their brawl taking place across the arena, including in the bar and even the seating area where the PROGRESS Wrestling fans were cheering on.

Olympic medal winner, Ogogo, who described himself post-match as ‘one of the best wrestlers in the world’, was supported by long-time friend and globally recognised footballer, Adebayo Akinfenwa.

Akinfenwa made sure Malik and his entourage didn’t out number Ogogo to pick up the win, but after the match, Akinfenwa laid out the challenge to Malik and Kosta for a tag team match against him and Ogogo at Chapter 146: They Think It’s All Over on Sunday 27th November at the Electric Ballroom.

‘The Guv’nor’ Ogogo, said: “I don’t like Malik or Kosta but whether I like it or not, when the bell goes, Malik is one of the best. He’s hard, he’s relentless and it’s a shame our values are so different because me and him could be some tag-team, we are the same fighters.

“It was a tough match; I’ve got aches and pains that are only coming on now the adrenaline is wearing off.

“I’m over the moon with the win, I know I’ve talked about Malik and Kosta in the lead up to the match, and that was every bit as tough as I thought it was going to be and I mean that with the greatest respect, he’s a real competitor and an unbelievable athlete.

“They are a chirpy group, Kosta and the boys, and they don’t know when to give up and I saw Malik and Kosta with their head in their hands, they don’t want it as they’ve felt the power now and he’s bitten off more than he can chew.”

Attention will now turn to next month, when Ogogo will team-up with Akinfenwa for a hotly anticipated tag-team contest against Malik and Kosta at PROGRESS Wrestling Chapter 146: They Think It’s All Over, which will take place at Electric Ballroom on Sunday 27th November.

And Ogogo can’t wait for his friend to make his in-ring debut in a not-to-be-missed match-up with their rivals.

He added: “After watching him (Akinfenwa) do it, he fancies a bit, and he will be an unbelievable professional wrestler if he wants to get in the ring and have a go.

“Him in the ring, his strength and my power, there’s not a better team in professional wrestling in my opinion, so let’s see what happens.”

PROGRESS Wrestling Chapter 146: They Think It’s All Over… Tickets can be purchased HERE.