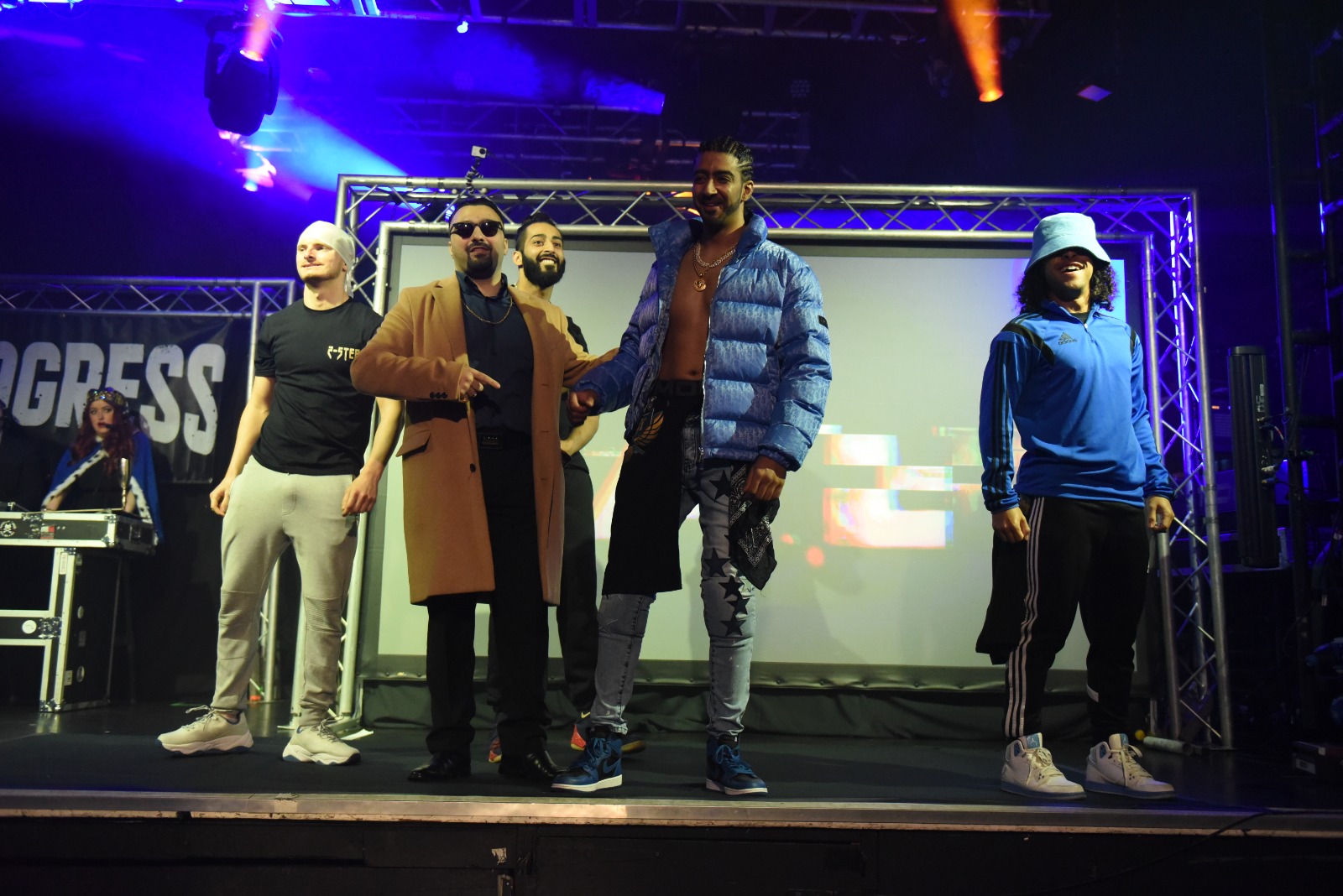 Malik and Kosta have sworn revenge when they next face Anthony Ogogo and Adebayo Akinfenwa in a tag-team knockout match at PROGRESS Wrestling Chapter 146: They Think It’s All Over, at Camden’s Electric Ballroom on November 27th!

The fighting talk comes after Malik was defeated by Ogogo at Chapter 145: Wrestling Witch Face in a thrilling duel between the two fighters which spilled over from the ring and into the spectators area.

Following on from Ogogo’s win, Akinfenwa called out Malik and Kosta for a hotly anticipated clash in the capital city next month!

Malik and Kosta are pumped up to face The Guv’nor, Ogogo and The Beast, Akinfenwa, in what will be an in-ring debut for the former professional footballer, who before his retirement was the strongest player on the FIFA video game series.

And Malik and Kosta weren’t happy with the way in which their match was lost in front of a capacity crowd at the Ballroom.

“He knew what was going on in there, I was beating him, I was Mayweather, I was Tyson, I was leading the show until the last seconds”, Malik said.

“They won with an asterisk behind it, they didn’t win, they cheated and that’s what happened. They brought a bunch of guys, and I had no idea who they were, I don’t care who they are.”

Kosta said: “Anthony and Bayo got his little win and they are happy about it. Now all of a sudden, they want to challenge us to a tag-match. I don’t even wrestle anymore, I’ve never wanted to wrestle again. I’m here to represent Malik and I’m so angry.”

The PROGRESS fans were introduced to Malik and Kosta’s entourage, 2 Step, Road Fam and Buckets Boy, who were at the Electric Ballroom to back up their friends against Ogogo.

The fiery war of words didn’t end with just Malik and Kosta, as Road Fam and Buckets Boy weighed in on the action.

Road Fam commented: “We’re going to take over, we’re representing the 265, we’re former London Lucha League champions. Kosta and Malik were the guys there for me when I was training, they taught me and when they asked for help, best believe I was going to come down and support my boys when they need help. Kosta and Malik, we’re always there for me.

“These are the 265 OG’s, representing the Resistance Gallery in Bethnal Green, where we grew up and cut our teeth in the pro wrestling business. Every single time we step foot in the Ballroom, you can guarantee, we will put bodies down.”

Buckets Boy said: “I was chilling in Hackney and the 265 boys called! SO YOU KNOW Buckets had to come and represent. Next time we see Akinfenwa, Ogogo and those boys, it’s over.”

Don’t miss out on PROGRESS Wrestling Chapter 146: They Think It’s All Over… Tickets can be purchased HERE.