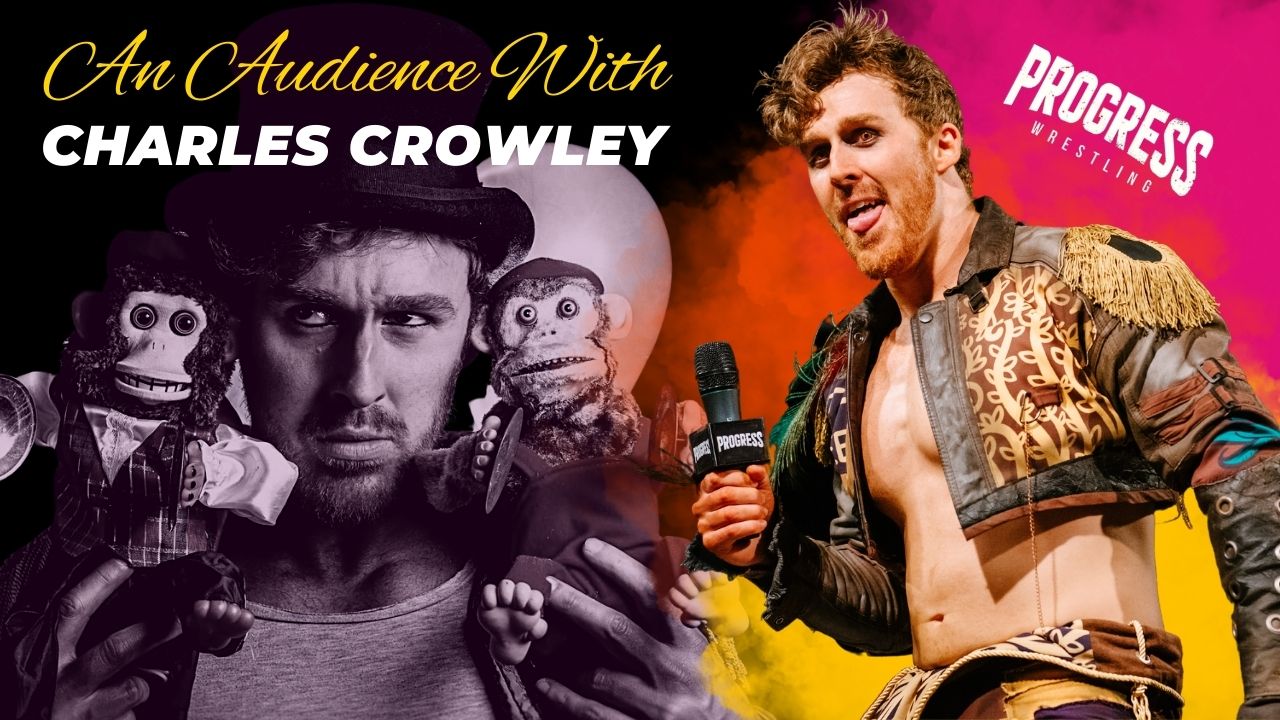 PROGRESS Wrestling sat down for an exclusive interview with the spectacular Mr Charles Crowley. Here is what he had to say, and he had some strong words for ELIJAH!

Can you explain the code for mere mortals who are not spectacular?
“The code is all about ELIJAH, his wins and his loses. They’re dates, dates that started to tell me something, show me that my gut instinct about ELIJAH wasn’t wrong. PROOF I wasn’t wrong.

“He never loses to the same person twice and that is a fact and that is PROVEN. Now knowing that, with my brain by his side we can organise a ladder to the top for him, leading to a sure victory over the PROGRESS Champion, thus cementing him as, like I’ve always said, a future champ.”

“But I understand he’s angry I left and he’s feeling himself and if we can just get through it, maybe entertain the fans in the process then that’s some sort of win, I guess?

Will Maggot ever return your hat?
“Maggot…shouldn’t return my hat. I don’t deserve it after losing to him. I really thought I was special when I faced him.

“I could feel the buzz around me, I felt like a complete wrestler for the first time in my career…and I was wrong. I couldn’t out do that unique Son of Nothing. So that’s that, it’s back to the bottom for me.”

Who in fact is Charles Crowley? The one we last saw in Camden wasn’t very spectacular.

“Charles Crowley is, or was, an enigma. Born onto this earth to entertain. He embodied the entire carnival, from its dirty gritty seedy underbelly to the spectacular extravaganza that it provides.

“Things aren’t always what they seem because he is always several steps ahead, always playing the fool to weaken your defences. He is everything to me and I to him, we are one spectacular T**t.”

How does featuring in Eastenders compare to PROGRESS?

“Eastenders was like Strong Style, a platform I’ve wanted to crawl my way onto for many years. It wasn’t an honour and a privilege to perform for both and Eastenders was only the beginning.”

You have already done several acting roles in films, what else do you have in the pipeline?

“I’m making a movie as we speak and many other projects are underway in the shadows, maybe regarding PROGRESS too? Hmm. Yes, I think so.

Why do you have a graphic of Clementine on the back of your pants?
“Clementine is on my a** because she’s always behind me, supporting me, pushing me, with a permanent smile and blind optimism. I’ve never met anyone who believes in me so passionately and I simply want her as close to me as possible.

“She is everything to me. Plus, it’s funny because it’s a picture of her after getting punched in the face during one of her matches.”

Do you ever see yourself as a champion or a winner of Super Strong Style?
“I mean yes, see above. It’s so funny how this seems shocking to some. I’m 6ft, I’m a muscly strong boy, I’m fast and I’m smart.

“I have the attributes of a champion on paper, but my demeanour seems to think otherwise. But that’s just fine by me, you wait, it’ll happen, and it’ll happen in spectacular fashion.”

Who would you like to compete against and why?
“I want Tom Dawkins/Cara Noir. We are oh so different and yet share a similar goal. He doesn’t see me creeping up on him, and I revel in the thought of our inevitable clash.”

Tickets for Charles Crowley Vs. Elijah at Chapter 146: They Think It’s All Over… are on sale now and can be purchased HERE