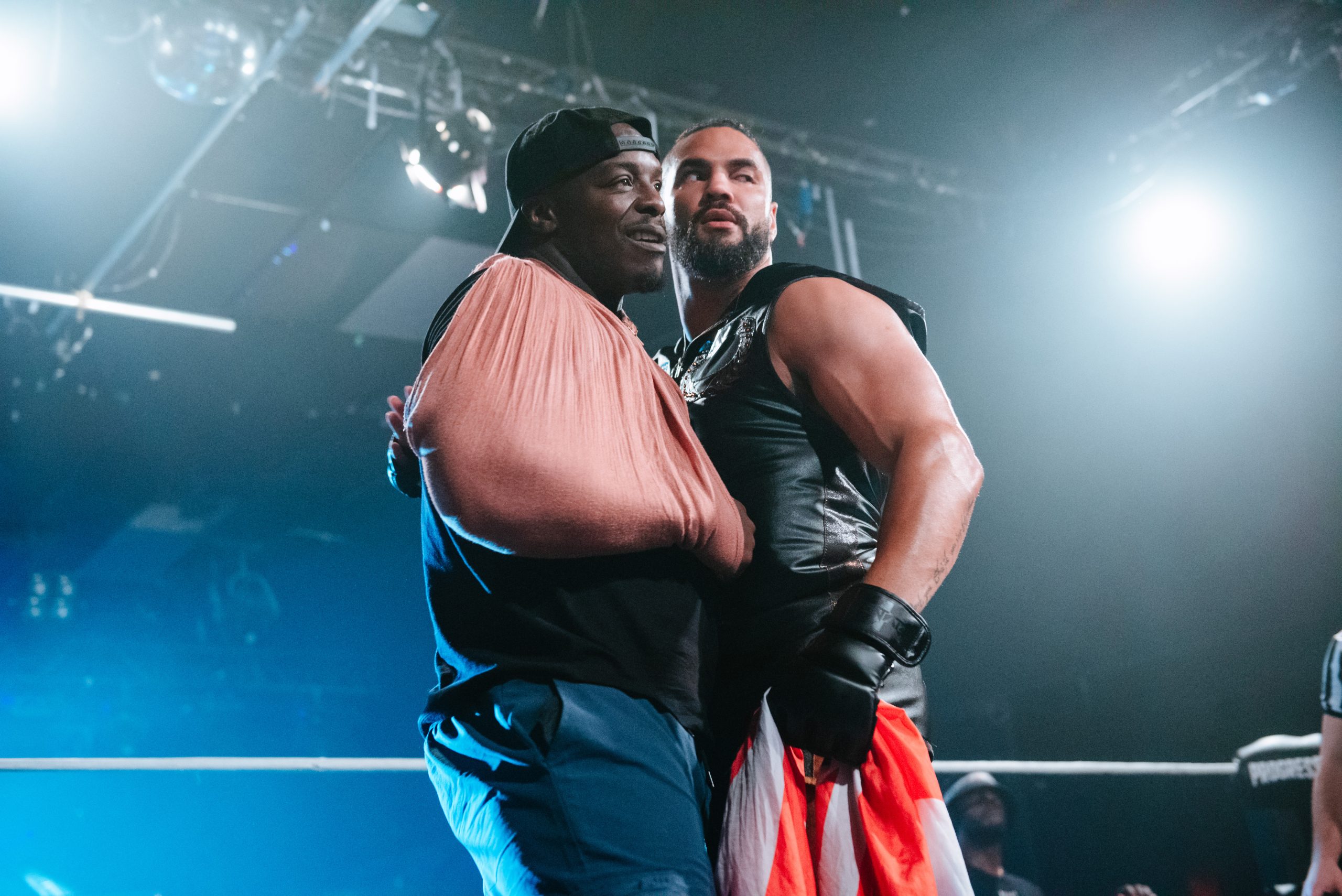 The Beast, Adebayo Akinfenwa, had defenders running scared during his football career. Now this Sunday,  he’ll make debut at PROGRESS Chapter 146: They Think It’s All Over – and his former Wycombe Wanderers team-mate Matt Bloomfield is excited to see him in action!

Akinfenwa will team up with Olympic medal winner Anthony Ogogo for a hotly-anticipated tag-time knockout match against fierce rivals Malik and Kosta at Camden’s Electric Ballroom.

Adebayo, who before retiring from playing in May, was the strongest player on the FIFA video game series, is now swapping the pitch for the squared circle.

His PROGRESS journey is something that Bloomfield, a Wycombe legend in his own right, isn’t surprised that Adebayo has thrown himself into, with the now Colchester United manager tipping his good friend for great things!

Bloomfield told PROGRESS: “I’m absolutely not shocked! Bayo is the type of guy who can turn his arm to anything, he’s always been the strongest player in the Football League, and he’s got the personality. I know with wrestling he’s always been keen on it and I’m really excited to see what the future can be for him.

“Bayo is a good person and such a charismatic kind of guy, people love him and I’m absolutely sure people will love him at PROGRESS Wrestling as well!

“Everything is a can do for him, but it’s a totally different sport away from scoring goals at the back post, he’ll be getting involved in all the different types of wrestling moves.

“I’ve seen him pull off a few wrestling moves already on the pitch when we were playing at Adams Park for Wycombe, so defenders will understand what the wrestlers are going to be in for, but it’s his personality and his desire to compete and succeed at anything he does.

“He’s always the most dedicated one in the room so it will be the same as this.”

Bloomfield feels Bayo’s desire to succeed throughout his career can serve him well when he steps foot in the ring alongside Ogogo! The former Wycombe midfielder also admitted he feels sorry for Malik and Kosta.

He added: “It will be great to see him there doing what he is going to do and his desire to succeed. I’ve seen him on a football pitch and in training. I really admire his strength and his will so combine the two things and you’ve got something powerful.

“I feel a bit sorry for his opponents but I’m sure he’ll have a great time.

“If Bayo is involved it’s going to be fun and spectacular, and whatever he turns his hand to and is involved in, it’s a success and it’s fun so I’m sure it will be a great night.”

Don’t miss out on Akinfenwa’s in-ring wrestling debut and purchase tickets now by CLICKING HERE for Chapter 146: They Think It’s All Over… on Sunday 27th November at the Electric Ballroom.