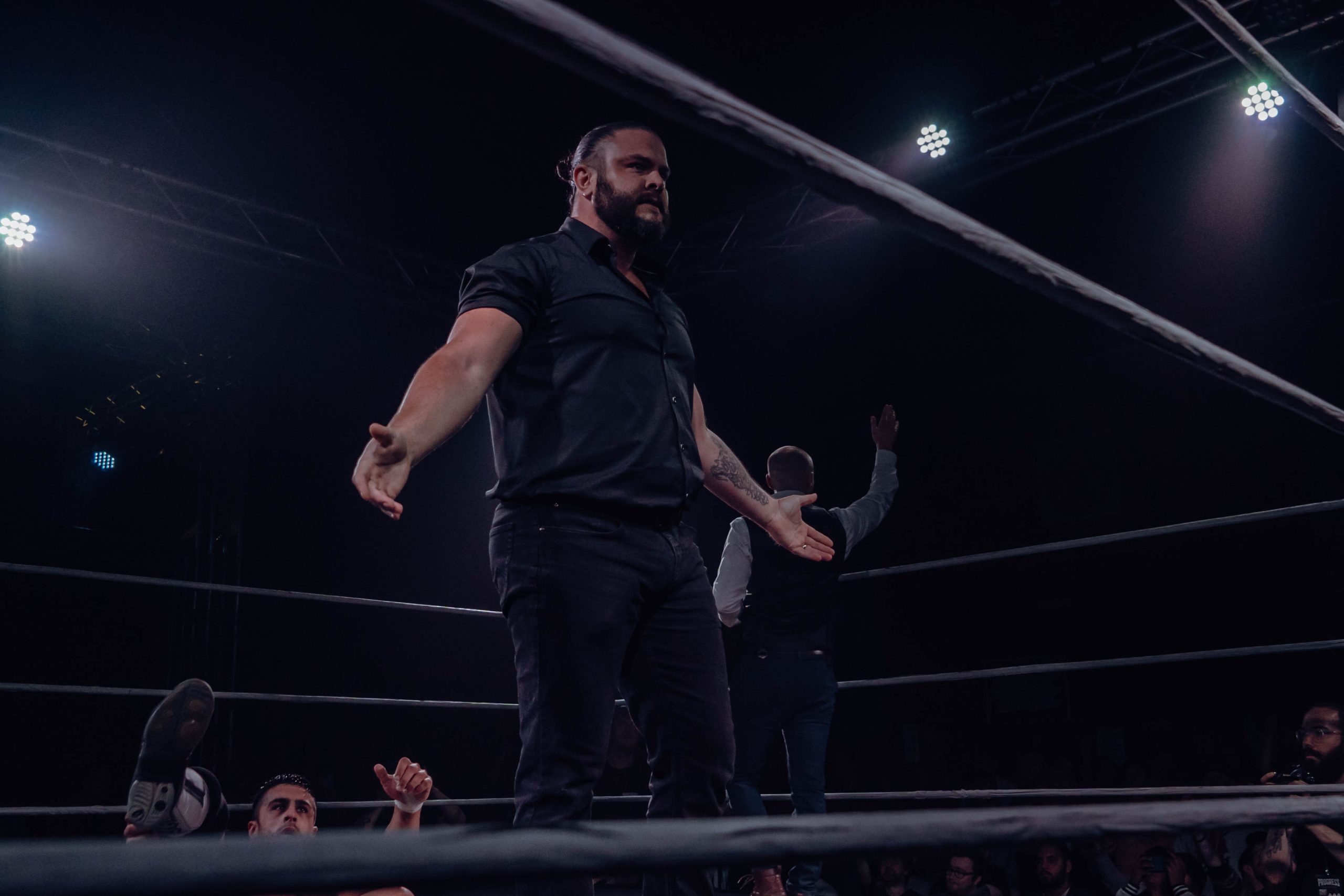 With just a day to go before PROGRESS Wrestling Chapter 146: They Think It’s All Over… Tom Dawkins (Cara Noir) gets his chance to face Spike Trivet once more, but he has the not so simple task of having to beat the Vulture of PROGRESS brick wall in the shape of the ‘Dark Guardian’ Bullit.

After the main event at Chapter 145: Halloween Witch Face, when Bullit once again was involved in Spike’s victory over Dan ‘Drilla’ Moloney, we managed to speak to him for a few moments and finally get some comments from him.

So, once again Bullit you made the difference in a match

So that’s it for Dan Moloney then?

So now you are facing Tom Dawkins one on one, so will Spike be accompanying you this time?

None of your business…

What’s your plan for the match with Tom Dawkins?

Destruction. Ending him, it’s real simple. I don’t care if it’s Tom Dawkins or Cara Noir, or any iteration of him, it’s just a man. That’s it.

Where to after that?

Any aspirations for the title yourself?

None of your business.

Finally, err. How much is Spike paying you?

And with that he was gone.

You can see Bullit Vs. Tom Dawkins at PROGRESS Wrestiling Chapter 146: They Think It’s All Over… Some tickets are still available and can be bought HERE