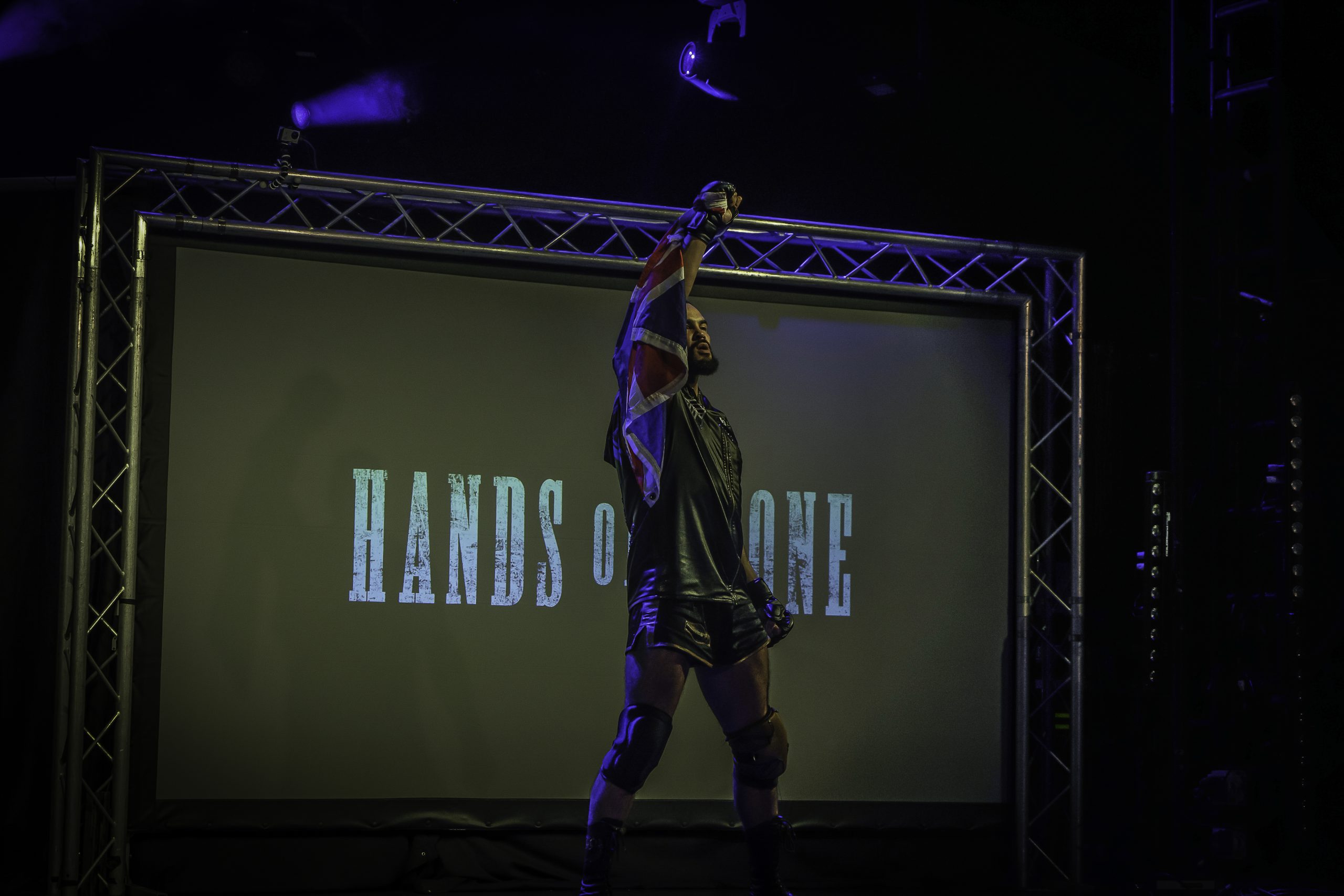 Anthony Ogogo marked his return to PROGRESS with a bang as he teamed up with Dan Moloney to secure a Tag Team Knockout Match win over Malik and Kosta Chapter 146: They Think It’s All Over…

The former Olympian turned wrestling star wowed the crowd at Camden’s Electric Ballroom as he competed in another hotly anticipated clash with his rivals during Chapter 146: They Think It’s All Over.

And Ogogo was delighted that himself and Moloney could defeat Malik and Kosta in a thrilling battle.

Ogogo said: “First things first, the Electric Ballroom has become a bit of a stomping ground for The Guv’nor, I love the fans and I’ve got a couple of chants now so it’s great.

Ogogo praised his team-mate Moloney, and he believes it is the start of a formidable PROGRESS tag-team in the future.

“It was great that I could work with Dan Moloney as he’s someone who I’ve admired for a while and I’m here at PROGRESS to wrestle with the best wrestlers in the country and Dan ‘The Driller’ Moloney is one of them, he is a ball of energy, mad strong, mad powerful and the fans love him, he’s a serious fighter.

“The match was great. Dan and I are a formidable tag team in PROGRESS wrestling, and Malik and Kosta are getting better, they are tough and very savvy, they are really good and they can really hit hard.

“It was a great match, we got the win, so onwards and upwards.”

Chapter 146: They Think It’s All Over… will be available on Demand PROGRESS from Saturday 10th December.  You can Sign up here and get a 14 day free trial now!