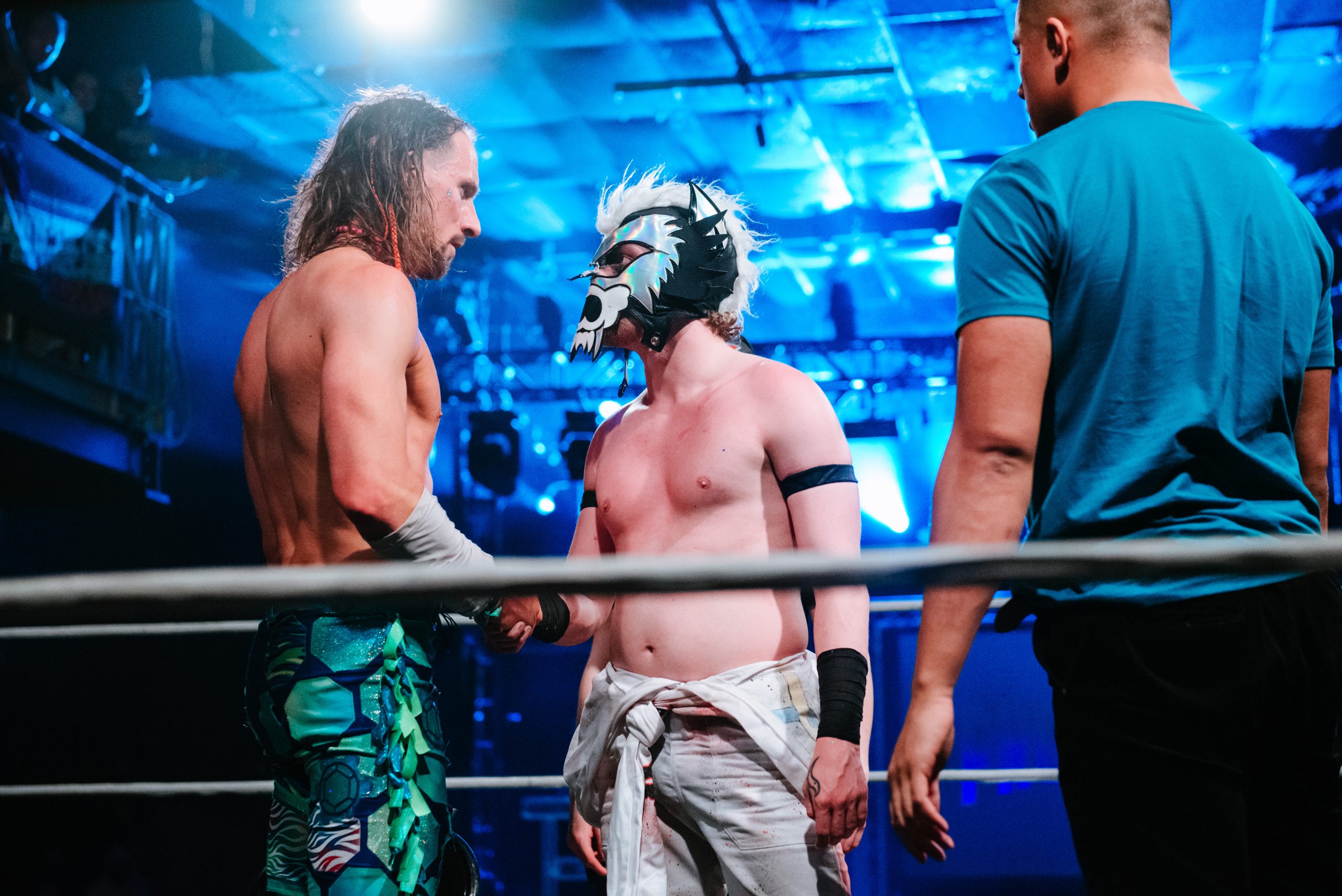 Sunshine Machine Have Lykos Gym And The Tag Team Record In Their Sights!

The first PROGRESS show of 2023 is fast approaching with PROGRESS Tag Team Champions Sunshine Machine (Chuck Mambo & TK Cooper) taking on Lykos Gym in a grudge match that if they win will lead them onto breaking the PROGRESS all time tag team record for number of defences.  Chapter 148: Start Spreading The News… will take place at the Electric Ballroom, Camden on January 22nd.

We caught up with Sunshine Machine just before Christmas celebrations got under way  to get their thoughts on this monumental achievement that is just within their grasp.

Guys, you are just one title defence away from breaking the long standing record, but to do so you are going to have to beat Lykos Gym, who have been giving you your fair share of problems recently.  Thoughts?

CM: So breaking the record for the most defences is a goal we set ourselves to really solidify a legacy within the PROGRESS tag division. I think with the year we had at PROGRESS and across Britwres last year we have been the WINNINGEST TEAM IN THE ISLES and I for one can’t wait to cement that legacy against Lykos Gym. It will feel especially vindicating for me. I think since Lykos Snr. spent so much time trying to mess with my confidence and also shaving my head. I will say he was actually very sincere and respectful after the Hair vs Mask match (At Chapter 146: They Think It’s All Over…), but it’s hard to know with him!

I suppose that kind of a match will inevitably leave you with a certain respect for each other even if you don’t like each other so maybe it was that? Or maybe its just more mind games, I don’t know! But I DO KNOW that Teeks and I are on record breaker highway headed north of junction 9!

Anything to add TK?

TK: I have said it elsewhere on the internet, but becoming the best team in the country, let alone one of in the world, was never our goal this year. We fully just wanted to embrace the fact wrestling was back and properly take the time to enjoy wrestling again.

What has happened in that time, our success, is something we had always hoped would come but never expected it all at once. The body of work we have produced not only in PROGRESS but across the industry speaks for itself and I know I speak for Mambo when I say we are so grateful for those opportunities. Naturally, there are going to be detractors, people who are envious of our success, that’s the nature of the beast but what Lykos Gym have done to us, specifically to Mambo has crossed a line. There is no doubt in my mind Lykos is back-pedalling right now, he’s seen what taking Mambo’s hair has really done to light a fire not only under him but under the fans who stand beside us. The queue of people at the last chapter who thanked Mambo personally, how deeply it resonated with so many people who knew of someone or were close with somebody who was suffering with the effects of cancer or chemo. They have seen us at our worst and now January can’t come soon enough for us to take their energy and use it for something powerful, for something truly good when we finish what Lykos Gym made the mistake of starting.
Sunshine Machine have never looked so serious.  One thing is for sure, come January 22nd, Lykos Gym better come prepared as Mambo and TK aren’t messing around any longer.  Breaking the record is the only thing on their minds and if they have to go through Lykos Gym to do it, it’s something they are relishing.

Sunshine Machine Have Lykos Gym And The Tag Team Record In Their Sights!