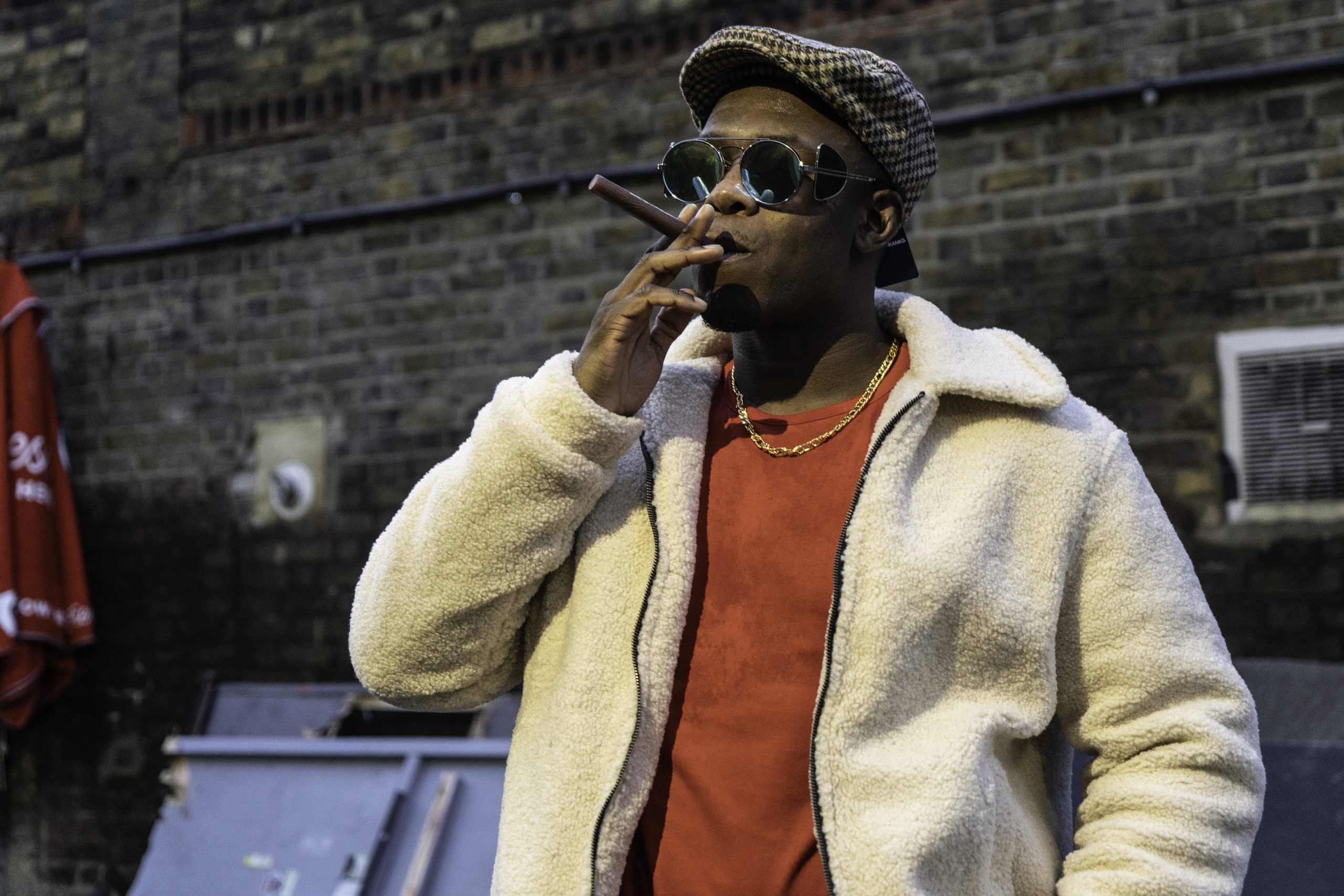 Stick a pony in my pocket, I’ll fetch the suitcase from the van’

PROGRESS Wrestling’s annual Christmas show, Unboxing, has always proven to be full of surprises and there was certainly not too many bigger than the debut of… Man Like Del Boy!

Man Like Del Boy, or better known as, Man Like Dereiss, shocked the audience by dressing as popular TV icon, Derek Trotter (Del Boy) from Only Fools and Horses, as he competed in a eight person tag team match against CPF.

Tagging with Man Like Del Boy was Dan Moloney, former ATLAS Champion Luke Jacobs, and another surprise entry, Mad Kurt, who was making his debut inside a PROGRESS Wrestling ring.

After a hard fought and entertaining match, CPF picked up the W but this didn’t dampen Man Like Del Boy’s spirits and he explained his thinking behind the idea to dress up as the famous TV character.

“The idea to dress like Del Boy was organic”, he admitted. “The crowd really enjoyed it and I hope everyone had a great time.

“It was only a one-time thing, but I thought what a great opportunity to plug my merch, just like Del Boy would do!

“I am not a comedy wrestler, but I do enjoy it. It was a lot of fun and even though we lost, it was a good way to finish the year.

“It was a cool match with seven guys I have been in the ring with a lot in 2022. PROGRESS Wrestling is the best promotion in the country, and we delivered a good show, so it is all you can ask for really.

“Fair play to CPF, they are great wrestlers but in 2023, I will have my serious head on again and if I come up against them, I will annihilate them all!

“The crowd were brilliant as always, and they were loud! When they are that loud, it makes you want to wrestler harder and fight more, so once again, they were perfect.

“Overall, 2022 has been the best year of my career by far for what I was hoping to do. I have managed to lay the groundwork now for a successful 2023.

“2023 will also be the best and maddest year for merch too, so watch this space!”

Tickets are now on sale for our next show, Chapter 148 – Start Spreading The News, which will take place at the Electric Ballroom, Camden, London, on Sunday 22nd January, 3pm start. To purchase tickets for the event, please CLICK HERE.