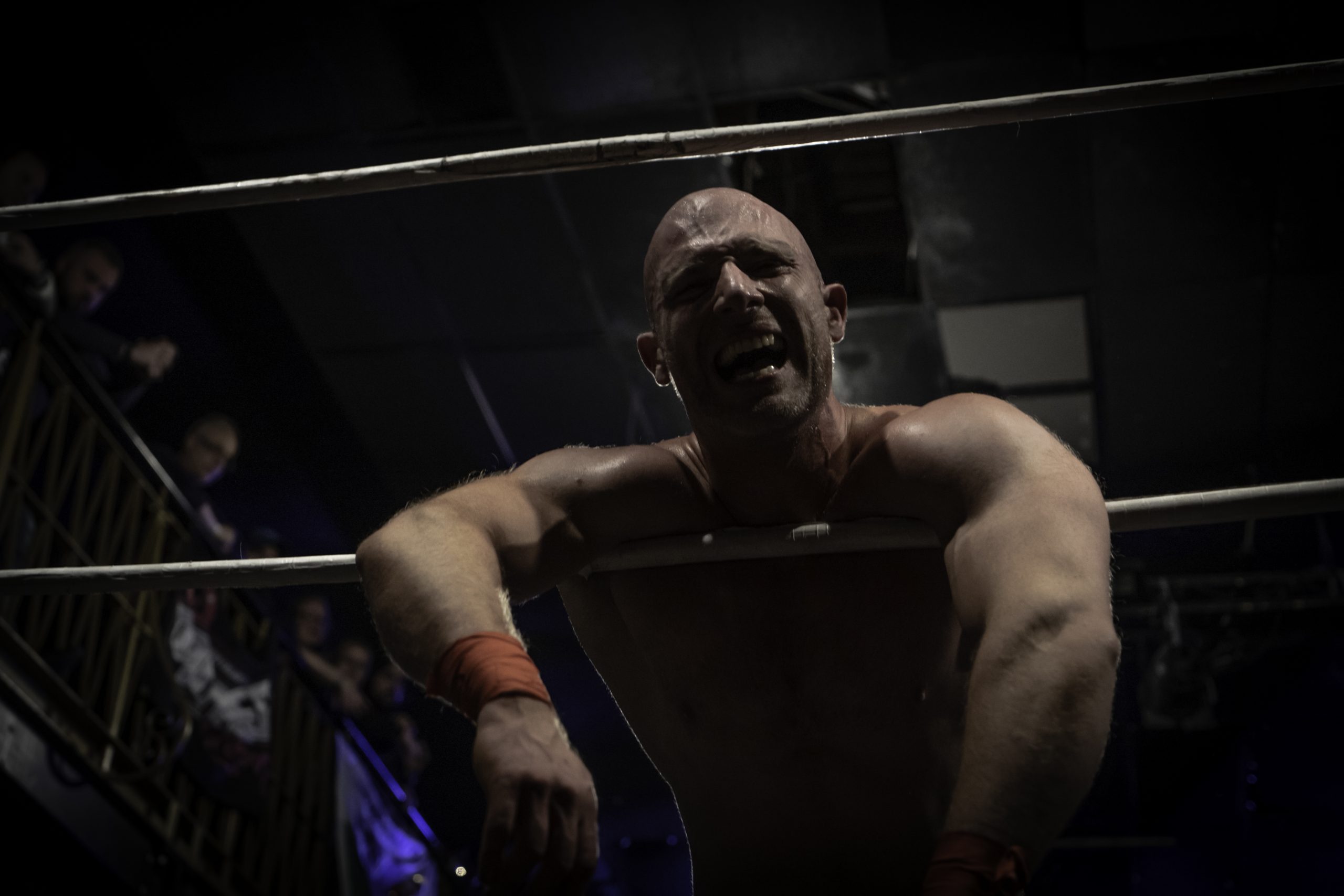 Unboxing events at PROGRESS Wrestling are always as mad as a box of frogs, and nothing was crazier than when our popular and charismatic host, Simon Miller, hit Tate Mayfairs with a spear and challenged him to a one-on-one match.

Tateness is Greatness has been verbally prodding away at Miller throughout 2022, but this time his choice of words proved to be one step too far, as Miller took the opportunity to utilise the Unboxing rules to make his long-awaited PROGRESS Wrestling in-ring debut.

After a ferocious battle, which spilled outside the ring on many occasions, Tate managed to claim the win at Miller’s expense, but the PROGRESS Wrestling host left to a standing ovation from the crowd at the Electric Ballroom.

Miller said: “I don’t hate Tate because is a professional wrestler, he is one of the best, I hate him because of who he is as a person and that has always been the problem.

“I am face palming at the fact that I have lost to Tate Mayfairs, I wanted to hurt him, and I did that but unfortunately the result didn’t go my way. I respect him too and that isn’t a joke, he is very good.

“Tate has had a very good 2022 but he has been annoyed me most of last year, so I wanted to give him a surprise at Unboxing. It was the perfect opportunity to fight.”

Miller admitted there was a bitter-sweet taste to how 2022 ended, as he got the opportunity to make his debut as a wrestler at PROGRESS Wrestling, and even though the result didn’t go the way he had planned, he will always remember the day.

“Wrestling will always be about the interaction with the fans and the love you get from the crowd,” he continued. “Of course, it is also about what you do in the ring too.

“I had a tear in my eye at the end when the crowd gave me a round of applause. I can now say I have competed as a PROGRESS wrestler in the very last show in 2022, it is a crazy feeling, and I haven’t yet processed what has happened

“It will take me a long time to process what has happened, I will have this feeling for the rest of my life. When people give you that much energy it is almost like you switch off and you turn into a robot. I was overloaded, but I knew things were going on around me and I was desperate to try and suck it in, but I couldn’t

“My adrenaline was all over the place, someone even said to me, I was going so crazy, it looked like I was going to fall over. The moment clearly hit my adrenaline gland but once I have got over the loss, the positive feelings will rush through me, especially when I watch the match back.

“That is what wrestling does, you get the feeling in the moment but also in the aftermath, but I always say, experience is what is important in life and putting yourself in uncomfortable positions. The match against Tate was just that, I was nervous, scared, and excited all at the same time.

“I am looking forward to watching the match back and getting that wave of loveliness. There is a bitter-sweet taste to this, I can’t believe he beat me, but we live and learn.

“This isn’t the end of my story, there is more to come. We have opened pandoras box now in PROGRESS. I am a man of many hats, and this doesn’t mean the end of my hosting, far from it, but the door is widely open now and I am excited for the future.”

Tickets are now on sale for our next show, Chapter 148 – Start Spreading The News, which will take place at the Electric Ballroom, Camden, London, on Sunday 22nd January, 3pm start. To purchase tickets for the event, please CLICK HERE.