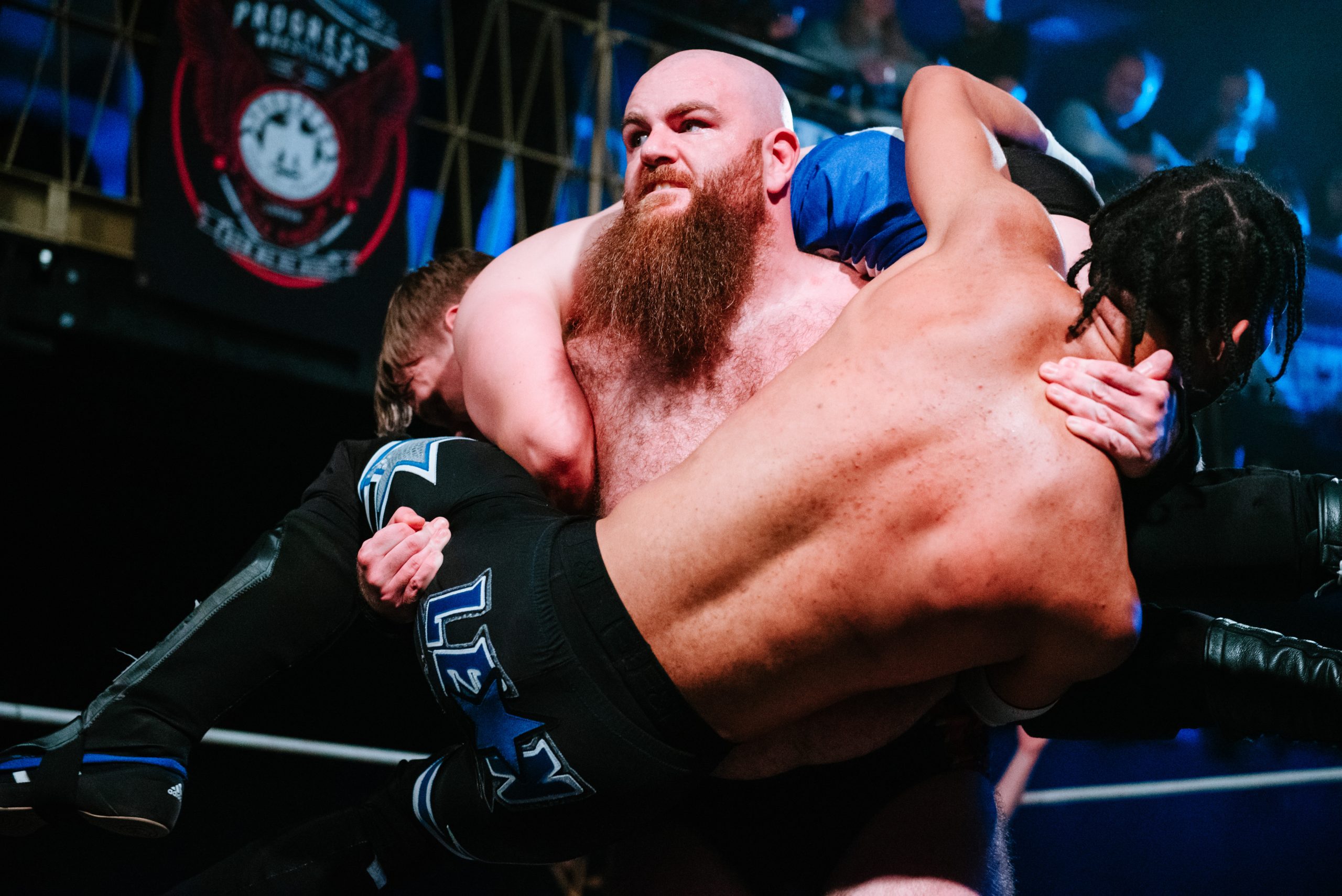 PROGRESS Wrestling ATLAS Champion Big Damo can’t wait to kick off 2023 with an ‘absolute bang’ as he teams up with close friend Warren Banks to face The 0121’s Man Like Dereiss and Dan Moloney in tag team action.

The eagerly awaiting content will see Banks return to in-ring action after several months out through injury. Banks, The Nigerian Kaiju handpicked former WWE superstar, The Beast of Belfast to be his partner on Sunday 22nd January at the Electric Ballroom, Camden, for Chapter 148, Start Spreading The News… after the support he received from Big Damo during his forced time on the side-lines.

Ahead of the first PROGRESS Wrestling event of 2023, we sat down with Big Damo to discuss a ‘crazy’ 2022 for him, his ambitions for 2023 and his aspirations to collect another title that has eluded him…

Damo, thank you for your time. First, looking back at 2022, how do you feel it went as a whole?

Big Damo: “2022 was utterly crazy.  I had the lowest of the lows and the highest of the highs. I went from losing the ATLAS tournament in the first round in less than six minutes to being PROGRESS World Champion.

“It was a nuts year, and I am ready for what the new year will bring.

2023 is now here, and you kick matters off with a tag team match with the returning Warren Banks against the 0121!

Big Damo: “We certainly do. The 0121 are fun people to be around in the locker room. There are some very talented wrestlers on the PROGRESS roster and 0121 certainly fall under that category.

“Last year was very kind to 0121, they went all around the World, and they have had success. They have laid down their marker for 2023.

“They have a huge future ahead of them and British wrestling is in their hands. I am excited for them; they are so talented for a young age, and they will go on to have fantastic careers.

“But Warren and I are coming for a fight and make no doubt about it, we will both be ready at Start Spreading The News… to beat 0121 and start the year strong.

Talking about your partner, Warren Banks, how happy are you to see him back in a PROGRESS ring?

Big Damo: “Warren suffered an awful injury at Super Strong Style. Warren is an incredible talent, and it is hard not to feel sorry for him. I suffered a similar injury many years ago, so I have been able to give him advice, and I am excited to team up with him.

“Warren has a point to prove now to the World. He was performing so well at Super Strong Style, and it could have been his. I am delighted he is now back, and we will now see the rise of Warren Banks.”

Big Damo: “2022 exceeded all expectations and I want more of the same this year. Heading into the ATLAS tournament, I wanted to win but I didn’t, and I couldn’t seem to find a win in PROGRESS.

“I finally got a win against a British wrestling legend, Dean Allmark, and it continued from there and I won the PROGRESS World championship from Chris Ridgeway.

“But when you have life changing opportunities, you must take them with both hands, and I did just that. Later in the year I became ATLAS Champion, so it has been quite a year for me.

“One thing though that I have never been PROGRESS tag team champion, so that is certainly in my head, whether it is with Warren Banks or even my good friend, Axel Tischer.”

Tickets are now on sale for our next show, Chapter 148: Start Spreading The News… which will take place at the Electric Ballroom, Camden, London, on Sunday 22nd January, 3pm start. To purchase tickets for the event, please CLICK HERE.