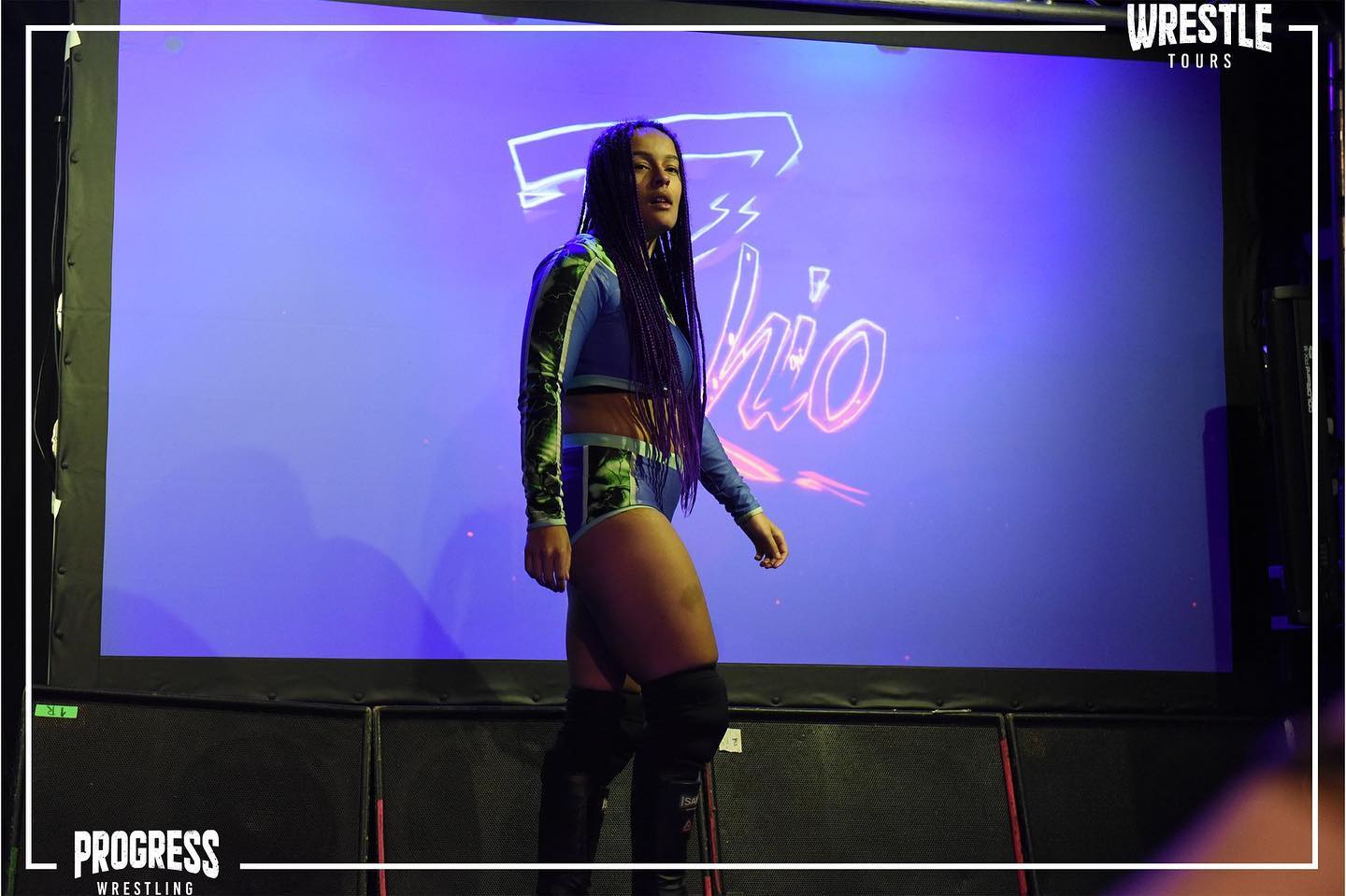 There was a lot of excitement and anticipation heading into CHAPTER 148: Start Spreading The News and a major talking point centred around who would be victorious in the THUNDERBASTARD match.
Six women went head to head, all fighting for the same goal, to win the much sought after key to unlock their future and guarantee them an opportunity to challenge for the PROGRESS Women’s Championship whenever they want.
But one woman stood tall, as Rhio overcame the five other contenders – Millie McKenzie, the returning Dani Luna after three years away from PROGRESS Wrestling, Lizzy Evo, Raven Creed and Skye Smitson to win the THUNDERBASTARD match and her shot at the prestigious women’s championship.
Rhio admitted she called on her experience of winning The Revelations of Divine Love tournament to manage her way through the match to ensure she was victorious at Chapter 148: Start Spreading The News…
“I go into everything with no intention of losing, let’s put it that way,” said Rhio after THUNDERBASTARD.
“I’ve done sports all my life and dominated in everything I’ve ever done. It was my goal to make wrestling no different.
“But tournaments do interest me, I love a good tournament. There are more people’s faces to kick in so what’s not to love, and this one more so.
“Winning The Revelations of Divine Love Tournament was ace, it was my real victory in PROGRESS and I used the experience from that tournament in the THUNDERBASTARD match.
“I’m the only female in PROGRESS history to be a back-to-back winner of Revelations and THUNDERBASTARD. I know Kanji won THUNDERBASTARD twice and I’m not going to forget her history, but they are two different tournaments.
“ This win says everything about me and I think I can afford to have an ego.”
The current PROGRESS Women’s Champion, Lana Austin, will now have to have eyes in the back of her head as Rhio is in the hunt for her title.
Rhio knows how dangerous Lana can be, even more so considering how The Queen of Mean is heavily protected by the Lana Austin Experience, but the 2023 THUNDERBASTARD winner had a stern message for the champ.
She continued: “Lana Austin is very unpredictable and I always expect something from her, but whatever it is, I’ll be ready.
“It will be interesting to play that game with her, standing on the back foot and her sleeping with both eyes open because that’s what she is going to need to do.

“I’ll be at every show, I won’t necessarily cash in, but I’ll be there and when the time is right, I’ll strike.”

When will Rhio cash in her key and challenge for the PROGRESS Women’s Championship?

Our next show is on Sunday 12th February at the 02 Ritz in Manchester, CHAPTER 149: Establish Your Love, 3pm start. Please CLICK HERE to purchase your ticket.